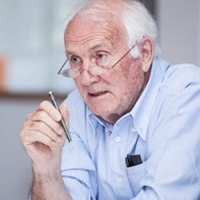 Carlo Weber, born 1934 in Saarbrücken, Germany, died May 2014, was a German architect and professor, the founder and senior partner of Auer Weber Architekten. He studied at the TH Stuttgart and the École Nationale Supérieure des Beaux Arts in Paris. He graduated in 1961 in Stuttgart. He worked for Behnisch und Lambart in Stuttgart between 1960 and 1965 and he became a partner of Behnisch & Partner in 1966. In 1980 Auer and Weber founded their own practice. Carlo Weber was a lecturer at the University of Stuttgart from 1980 to 1990 and he was professor for Building Theory and Design at the TU Dresden from 1992 to 1999. He had been a member of the Academy of the Arts in Saxony since 1996.