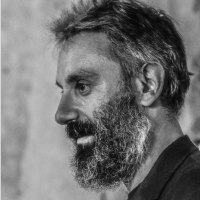 In 2007 and 2008, Degli Esposti Architetti was selected by the Triennale di Milano within the 30 firms of the city invited to the Open Studio event. In 2012, Degli Esposti Architetti was selected by the École Spéciale d’Architecture de Paris, in a batch of 50 leading international young firms invited to the Pavillon Spéciale initiative. In the last ten years, Degli Esposti Architetti has been included in the top 100 Italian firms according to their annual income (source: national newspaper IlSole24Ore-prof. Norsa). In 2015, Lorenzo Degli Esposti was appointed curator of the Architecture Pavilion for the EXPO 2015 Belle Arti, programme by the Regione Lombardia in collaboration with the Milan Triennale, hosted in the Grattacielo Pirelli by Gio Ponti and Pier Luigi Nervi. The activities of the Architecture Pavilion has been published in the 600 pages book MCM – Milan, Capital of the Modern, English and Italian editions, Actar Publishers, New York, 2017, kept in more than 50 institutional libraries worldwide.