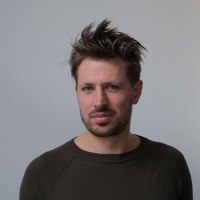 Atelier Tomas Dirrix is an architecture practice based in Rotterdam working with a cultural and material notion of building. They design buildings, spaces and installations on various scales and complexities. The practice is founded in 2017 after winning the Meesterproef competition for emerging Belgian and Dutch architects, organised by the Vlaams Bouwmeester. In respectively 2018 and 2019 Atelier Tomas Dirrix won the Unfair Architect Award for the design of the biennial contemporary art exhibition, and received the ARC19 Young Architect Award. Atelier Tomas Dirrix was selected for the talent development grant by the Creative Industries Funds, along with the generous support on other research-driven projects.

Tomas Dirrix graduated with honours as Masters in Architecture from the TUDelft. Previously he studied in Mendrisio, Switzerland and Ahmedabad, India. He has worked for various offices in the Netherlands including OMA. In 2017 he established his practice Atelier Tomas Dirrix.