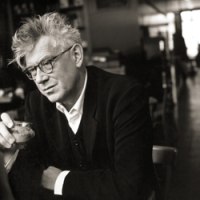 Max Dudler, born in Altenrhein in Switzerland. He studied architecture at Architektur an der Städelschule in Frankfurt with the professor Günther Bock and in the Hochschule der Künste Berlin with the professor Ludwig Leo. At first he worked in the Oswald Matías Ungers office after working with Pete and Karl Dudler in 1986 establishing its own office.

Since 1992 leads its own architectural firm with headquarters in Berlin, Zurich and Frankfurt. After being visiting professor in Venice, Mantua, Vienna or Dortmund, Max Dudler was selected in 2004 as professor of architecture at the Klasse Baukunst der Kunstakademie Düsseldort.