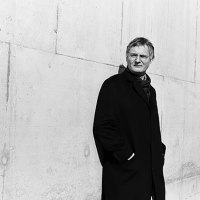 Jean-Pierre Dürig (1958 in Winterthur, Canton of Zurich) is an architect at the Swiss Federal Institute of Technology in Zurich from 1985. From 1982 to 1987 he worked in the Ernst Gisel office in Zurich. From 1987 to 1989 he created his own architecture office in Zurich. Between 1990 and 2002 he formed an office association with Philipp Rämi (Dürig & Rämi Architects). From 2001 his office was renamed UAS AG and from 2003, it changed to the current name as Dürig AG.

The office Dürig AG focuses on competitions, as these present the basis of their contracts and at the same time nationally and internationally, as the engine for the creative potential of the office. They focus on public and infrastructure buildings, which often contain very unusual construction tasks or programs. They seek general relationships on a large scale. They see the form as a means to make society, the building or the city work.