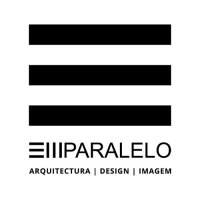 Em Paralelo is an Architecture Office managed by a duo of architects, Cristina Vaz Santos and Paulo Rodrigues, registered at the INPI (National Institute of Industrial Property, Portugal). ​Em Paralelo​ establishes itself as a reference in the world of architecture, design and image.

All projects are developed and matured based on acquired experiences, valuing creativity, precision and technological advancements where they aim to redefine boundaries and stand out from others. Em Paralelo​ intends to stand closer to its customers by raising each project to a life purpose that results in well-being and satisfaction. The Architecture Office also wants to create a strong bond of commitment, respect and loyalty with clients by making their dreams come true.

Cristina Vaz Santos was born in Vila do Conde in 1982. Completed a master’s degree in Architecture at ESAP (Escola Superior Artística do Porto, Portugal) in 2009. From 2009 to 2010 collaborates with the architecture office João Paulo Loureiro. From 2010 to 2012 collaborates in the company Domus Ideias Arquitetura e Engenharia, Lda. In 2012 begins a solo career in the area of furniture design and architecture. In 2014 joins Paulo Rodrigues to create the brand ​EM PARALELO​.

Paulo Rodrigues was born in Santa Maria da Feira in 1983. Completed a master’s degree in Architecture at ESAP (Escola Superior Artística do Porto, Portugal) in 2009. From 2008 to 2009 collaborates in the office of Architect João Carreira Lda. From 2009 to 2013 starts an internship and later becomes a collaborator at Domus Ideias Arquitetura e Engenharia Lda. In 2014, joins Cristina Vaz Santos to create the brand ​EM PARALELO​. In 2018/2019 completes a postgraduate degree in Advanced Studies in Rehabilitation of Built Heritage at FEUP (Faculdade de Engenharia da Universidade do Porto, Portugal).