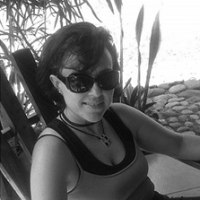 Sylvia Fournier is an architect, artist, photographer, graphic and jewelry designer born in San José, Costa Rica in 1968. She holds a Bachelor of Arts degree from the School of Arts of the University of Costa Rica (1991) and a professional Bachelor of Architecture degree of the School of Architecture and Environmental Studies of Universidad del Diseño (1999) where she graduated with honors and received the Best Thesis Award.  She is a Registered Architect and  Active Member of the Colegio de Arquitectos de Costa Rica since 1999.

Ms. Fournier joined Fournier-Rojas ARQUITECTOS  in 1995 and in 2002 became a partner.  She has worked on numerous projects such as the Inter-American Development Bank Offices in San José, various interior design projects for the offices of Constructora Van der Laat & Jiménez in San Pedro, Casa Matamoros-Jiménez in Tres Ríos, Casa Williamson and Bali High Complex, both in Punta Achiote/Dominical; Casa Ayacucho in Dominical and several fair stands such as Ford National Automotive and M&J Real Estate, Inc.

Before joining Fournier-Rojas ARQUITECTOS she was a graphic and creative designer for newspapers such as “La Nación” and “La República”, both in San José.  She also was a photographer por “La Nación” newspaper.  Ms. Fournier is a freelance graphic designer and photographer.  She has received national awards for her art and photography work.

Ms. Fournier has been a Professor of various levels of Architectural Design Studios at the School of Architecture and Environmental Studies of Universidad del Diseño (University of Design) in San José.