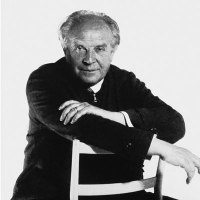 Gio Ponti.
Giovanni Ponti, known as Gio Ponti, was born in Milan in 1891, died in 1979. He graduated from the Polytechnic of Milan in 1921. His professional activity began as a partner of Emilio Lancia and Mino Fiocchi. A reference in Italian Interior Design, he founded "Il Labirinto" in 1927, producing furniture and objects that stand out for their quality.
From 1923 to 1930, he was the artistic director of Richard Ginori. He was also known for being the founder of Domus Magazine, (which he directed almost until his death), is remembered for his avant-garde contribution to Italian production. He was a great promoter of the Monza Biennial, as well as the Milan Triennial, the Compasso d'Oro prizes and the ADI (Industrial Design Association).

From 1923 to 1930, he was artistic director of the firm Richard Ginori. He founded Domus Magazine in 1928.  He has been a great promoter of the Monza Biennial, after the Milan Triennial, the Compasso d'Oro awards and the ADI (Industrial Design Association).

His most important architectural works include the Montecatini office buildings and the Pirelli skyscraper, designed with Fornaroli, Rosselli and Nervi in 1956.

In the field of Interior Design, in 1957, and as a result of a long and meticulous production, he obtained a great success with the Superleggera/Superligera chair, designed for Cassina.

The architect was a professor at the Polytechnic of Milan from 1936 to 1961. At this university, he is also remembered for the campus projects: "Trifoglio" and "La Nave".