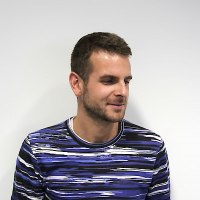 Olaf Grawert plans, writes and talks about architecture. He lives and works between Berlin and Zurich.

Since 2015 in alternating collaborations with ARCH+ Zeitschrift für Architektur und Urbanismus, Brandlhuber+, MakeCity Berlin, Christopher Roth and many others. In his work he deals with the economization and marketing of space and possible strategies for the re-popularization of architecture.

Grawert was a guest lecturer and speaker at various universities and colleges, including the Joint Master of Architecture Suisse, the Accademia di Architettura Mendrisio, the Hong Kong School of Architecture and the TU Vienna. Since 2017, he has been a research assistant at ETH Zurich, where he has set up and operated the architecture online TV station+ together with Arno Brandlhuber and Christopher Roth.