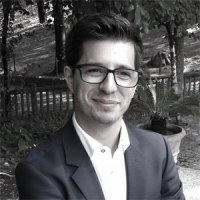 Pedro Henrique Nunes Silva was born in Santa Maria da Feira, Portugal on May of 1982. He studied architecture at the Art School of Porto, (Escola Superior Artística do Porto), from which he graduated in 2009. Shortly after graduation he started his professional activity in 2010 on his own account, often collaborating with other offices and architects.

With projects already completed, Pedro has worked on several architectural projects, including interior architecture and the most varied programs from housing, commercial spaces and industry. He also has some international experience, having worked in projects particularly in Angola and Italy.