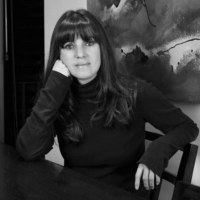 María Augusta Hermida Palacios, was born in 1967 in Ecuador. She is a founding partner of Durán & Hermida arquitectos, a firm that has won several awards and contests. She completed her PhD at the Universidad Politécnica de Cataluña (2011), a Master in Computerization of Architectural Projects (2003) at the same University and a Master's Degree in Architectural Projects (2009) approved by the University of Cuenca, Ecuador where she graduated as an architect in 1999.

She was also director of the Magazine A0 and of the Magazine PROYECTOS and President of the Academic Committee of the College of Architects of Azuay. She wrote about Ecuadorian architecture in her three compilatory books Miradas a la Arquitectura Moderna en Ecuador, linked to the Master's Degree in Architectural Projects of the University of Cuenca. She is an active defender of modern architecture, positioning herself against the demolitions of remarkable examples of this architecture in her country. Between 2012 and 2015 she was president of Do.co.mo.mo Ecuador and from 2012 to date she is a member of IForm Club Forma Moderna Internacional.

Regarding her career as a researcher, Augusta Hermida is currently the Director of the Interdisciplinary Department of Research in Space and Population and of the Sustainable Cities Group-LlactaLAB. Since 2015 she is a member of the Advisory Board of the magazine Reports of Construction. She is also Coordinator in Ecuador of the Energy Efficient Urban Communities Network, funded by CYTED. Her field of research is currently focused on issues related to urban design, sustainability and resilience of Latin American cities. He has given talks at universities in several countries: KU Leuven University, Ghent-Belgium; University of Jyväskylä, Helsinki-Finland; Polytechnic University of Catalonia, Barcelona-Spain.

Various institutions and international events have counted on his presence as a speaker, among them: Euro-ELECS 2015, Latin-American and European Conference on Sustainable Buildings and Communities, among others. Together with Javier Durán, her husband, she is the owner of the Durán & Hermida arquitectos studio. Within his professional practice he has received awards such as the National Mention of Architectural Design at the XIX Pan-American Architecture Biennial of Quito 2014 with the Paiguara Millennium Unit. His rehabilitation project of Plaza Víctor J. Cuesta received the National Urban Design Award at the XVI Pan-American Architecture Biennial of Quito 2008. His projects carried out in his Durán-Hermida Arquitectos studio have been published in several national and international magazines.