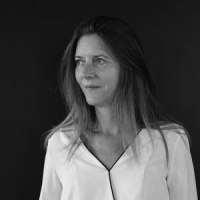 ITAR is an architectural firm founded by Ingrid Taillandier, she has been an architect at DPLG since 2000. She quickly focused her attention on three activities: architectural practice, writing, and teaching. She graduated from the Paris-Belleville School of Architecture and holds a master's degree from Columbia University in New York. This double journey between the New and the Old World has brought to his thinking an intuitive and free dimension within the framework of an assumed rigor, mastered concepts, and a strong social ethic.

She worked in France and internationally with Philippe Gazeau, Richard Meier, and Benish & Partners before founding his agency. Since 2005, she has been teaching in architecture schools, first in Paris-La Villette, and since 2011 in Versailles, where she enjoys transmitting her taste for inventive and thoughtful architecture. She has written numerous articles on the issues of density and height and was the scientific curator, with Olivier Namias, of the exhibition "The Invention of the European Tower", presented at the Pavillon de l'Arsenal in Paris in 2009. She is convinced that Europe has something to say and certain wisdom to contribute to the worldwide fashion for tall buildings.