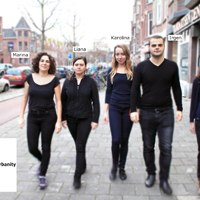 Selim Omarovich Khan-Magomedov, (1928-2011) has been widely recognized for his outstanding contribution to the study of the Russian avant-garde movement during the 1920s and 1930s. He has written countless monographs, articles and books, including the legendary Pioneers of Soviet Architecture, Pioneers of Soviet Design and One Hundred Masterpieces of the Soviet Architectural Avant-Garde. He has written on the most important architects of the Russian avant-garde, including Konstantin Melnikov, Alexander Vesnin, Nikolai Ladovsky, Alexander Rodchenko, Moise Ginsburg, Ivan Leonidov, and Ilya Golosov. Khan-Magomedov contributed greatly to the scholarly research about Russian avant-gardists, and studying the personal archives of over 150 Russian architects, artists, designers and sculptors, which revealed a number of previously unknown facts about their lives.