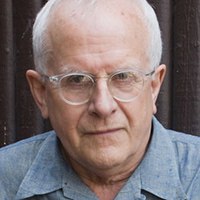 Chris  Killip was born in Douglas, Isle of Man in 1946, he left school at age sixteen and joined the only four star hotel on the Isle of Man as a trainee hotel manager. In June 1964 he decided to pursue photography full time and became a beach photographer in order to earn enough money to leave the Isle of Man. In October 1964 he was hired as the third assistant to the leading London advertising photographer Adrian Flowers. He then worked as a freelance assistant for various photographers in London from 1966-69.

In 1969, after seeing his very first exhibition of photography at the Museum of Modern Art in New York, he decided to return to photograph in the Isle of Man. He worked in his father's pub at night returning to London on occasion to print his work. On a return visit to the USA in 1971, Lee Witkin, the New York  gallery owner, commissioned a limited edition portfolio of the Isle of Man work,  paying for it in advance so that Killip could continue to photograph.

In 1972 he received a commission from The Arts Council of Great Britain to photograph Huddersfield and Bury St Edmunds for the exhibition Two Views - Two Cities. In 1975,  he moved to live in Newcastle-upon-Tyne on a two year fellowship as the Northern Arts Photography Fellow. He was a founding member, exhibition curator and advisor of Side Gallery, Newcastle-upon-Tyne, as well as its director, from 1977-9.  He continued to live in Newcastle and photographed throughout the North East of England, and from 1980-85 made occasional cover portraits for The London Review of Books. In 1989 he was commissioned by Pirelli UK to photograph the workforce at their tyre factory in Burton-on-Trent.

In 1989 he received the Henri Cartier Bresson Award and in 1991 was invited to be a Visiting Lecturer at the Department of Visual and Environmental Studies, Harvard University. In 1994 he was made a tenured professor and was department chair from 1994-98. He continues to live in the USA, teaching at Harvard University.