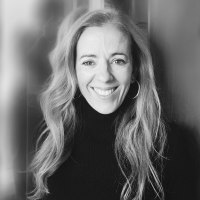 After starting her professional life working at the studio of the architect Magüi González, in 2003 she founded her own studio, Eva Llorca, Arquitectura. Since then, she has carried out numerous projects, in many of which the architects Héctor García Sánchez, Javier Hernández Sánchez and Hugo Ventura Rodríguez have participated. For 14 years she has combined the profession of architecture with research and lecturing. She has recently been appointed a Director of Social Action of the University Campuses of the ULPGC, within the Vice-Chancellor's Office for Culture, Sports and Social Action of the University Campuses of the University of Las Palmas de Gran Canaria.

Some of her projects have been selected or been finalists in various national and international competitions such as 'UIA Barcelona 96 Competition', 'Arquia / forthcoming 2012', the 6th and 7th edition of the “Rosa Barba European Landscape Prize”, the first call for entries by the `Miguel Martín Fernández de la Torre Architecture Award' or the international competition 'Asprima Sima Awards 2010', in the latter one she obtained an honourable mention.

In 2020 Eva won the first prize in the competition organized by the Las Palmas Guild of Pharmacists to house their new headquarters and the first award ex aequo in the category 'New residential construction', of the second edition of the 'Miguel Martín Architecture Prize Fernández de la Torre', from the Gran Canaria Guild of Architects.

In addition, some of her works and projects have been the subject of various national or international publications and exhibitions, for example, her participation in the 6th and 7th 'European Landscape Biennials'.

She has obtained several scholarships, labour contracts, projects and research awards by the ULPGC, the Las Palmas University Foundation and the Amurga Foundation. In addition, she has to participated in the development of other research as a member of the research groups LIP (a) and Architecture, Heritage and Landscape. The results of these investigations were published and presented in various national and international publications, conferences and group exhibitions.

Eva has also contributed to the organization of seminars, workshops and conferences. She has made multiple presentations and has written several articles for specialized publications. She is an external evaluator of the indexed magazine 'rita_', as well as of the texts presented at the 'XI Ibero-American Biennial of Architecture and Urbanism'.