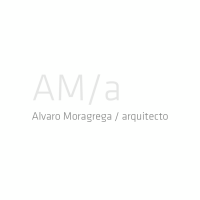 Born in Guadalajara, Mexico. Architect by the Instituto Tecnológico y de Estudios Superiores de Occidente, ITESO with an exchange program with the Universidad Iberoamericana de México and with the Master in Architecture degree program from UCLA. Masters Degree of Architecture by the Universidad Politécnica de Cataluña with a scholarship from the same university in the program Master de La Gran Escala, La Arquitectura de los Nuevos Entornos under de direction of Eduard Bru. Finished the Doctorate of Architectural Projects also at the Universidad Politécnica de Cataluña and participated in may projects with Tonet Sunyer in Barcelona. Co founder of Hipogeo in Guadalajara in 2000, he also taught at ITESO University for 2 years in 2002.

Founder in 2007 of Alvaro Moragrega / arquitecto he has been selected twice as forerunner for the Obras Cemex award. Honorable mention in the competition “Urban Intervention The Howard S. Wright Design Ideas Competition for Public Space” in Seattle as well as in the competition of the city’s Town Square in Medina del Campo in Spain. He lives and works in Guadalajara, Mexico.