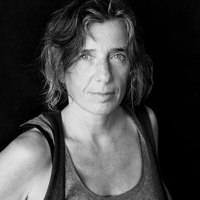 Anna Noguera (born in Girona in 1961) graduated as an architect from ETSAB in 1987 and initially practiced with several institutional architectural offices in cities such as Prague, Porto Alegre, Paris and Barcelona, including a notable collaboration between 1988 and 1991 in the office of J. A. Elias Torres and Martinez Lapeña, Barcelona.

In 1992 she founded her own studio, and between 1996 and 2007 worked in partnership with Isabel Bennasar, carrying out numerous projects for the public sector, including social housing, educational and health facilities, as well as public spaces and landscape design. Outstanding among these was the project for the Parc del Mil.lenari in Sant Just Desvern, a finalist in the FAD’07 awards.

Anna Noguera combines her professional practice with educational activities on issues such as sustainability, health and architecture, landscape and urban planning, as well as the dissemination of architecture, through participation in exhibitions and conferences. Particularly noteworthy is her work with the cultural area of COAC, the Catalan architectural association, in Girona in the late 90s. Today she continues her professional work from her studio, working on a range of different-sized projects.

Two recent stand-out projects have been the Alemanys 5 house restoration, which was the prizewinning project in the WAN Awards as well as a finalist in the WAF and Inside Awards in 2011, and her collaboration in the field of tourism in Morocco, where she developed conceptual and preliminary designs for a sustainable tourism use for Moroccan heritage buildings.