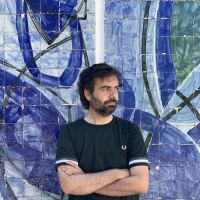 Antonio Palenzuela Navarro is an Architect from the University of Granada (2006) and a Master's Degree in Heritage and Architecture from the University of Seville (2014), having been impregnated from his childhood and adolescence by the exuberance of the Alhambra in Granada, the colors of modernism in Barcelona and the timeless monumentality of Rome.

He has spent more than fifteen years studying and developing an architecture committed to the place where it is founded, circumscribing his area of ​​activity to the Mediterranean area, particularly in the south and southeast of the Iberian Peninsula.

Hence the Mediterranean nature of his proposal, which in essence is based on a philosophy of conception of space whose method consists of approaching the buildings and their surroundings as a whole and where everything is architecture, establishing bridges between the existing and the new. to be built, between the old and the modern.

Any scale of action, be it a school, a house, or a small rehabilitation, goes back to a constant set of concerns with functionality, volume, surface, proportion, geometry, light, color, and atmosphere.

Some of the awards he has received in recent years are 1st prize "CEIP Europa Contest, Almería". ISE Andalusia. (2019) or the ARCO 2017-2018 award in the Equipment category for the Expansion of the La Mojonera Cemetery, awarded by the Official College of Architects of Almería COAAL.