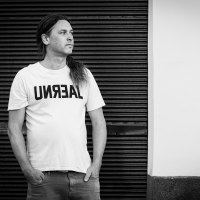 Petr Janda is an architect and an artist. He graduated from the Faculty of architecture at Czech Technical University in Prague (School of prof. Jan Bočan) and the Academy of Fine Arts in Prague (School of Monumental Art of prof. Aleš Veselý). In 2008 he founded his own studio petrjanda/brainwork. He frequently participates in architectural competitions and exhibitions (also as a jury member), he has won several awards (Grand Prix of Architects 2007, BigMat 13‘– Memorial to victims of communism in Liberec etc.). Between 2011 and 2014 he was a member of the board of Czech Chamber of Architects and a chairman of the Promotion of architecture working group. He has been engaged in revitalization of the Prague riverfront since 2009 and in 2017 he became the main architect of this area.

They develop a wide range of projects, from art (memorials) to a non-traditional exhibition in the National Museum in Prague, underwater observatory in Norway and individual housing projects. They have just finished a significant project of Prague riverfront revitalisation.

They look for authenticity hidden in every task. They always start from scratch, trying to avoid usual architectural cliché and reinvent the core basics in slightly different shades and moods.  Their approach is based on interconnecting physical and metaphysical layers of the project, resonating of form and content and engaging sculptural methods with the conceptual tendencies. They consider initiation of projects to be part of their work, reflecting not only architectural, but also programme, content and social aspects. They do not work with usual inspiration or archetypes. For a long time, they have been using the subliminal method of nomadic thinking, which G. Deleuze and F. Guattari defined with this impressive metaphor:

The nomad “sets out to the desert. He leaves the camp and starts a journey through the lands, watching the movements on sky. In the morning he leaves the territory towards a new land and in the evening, he re-settles each time he unfolds his carpet on it… These movements and processes are expressed by the rhythm of walking, which imprints the landscape in the pilgrim and vice versa. The nomad and the philosopher (and the architect), like all people, keep inside the lands in which they grew up, wandered and dreamed of.”

Their projects are the result of such work; and their interpretations as authors stays mostly hidden giving space to every visitor for their own reading.