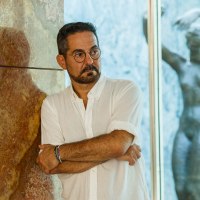 Laercio Redondo is a Brazilian born visual artist, he received his MFA at Konstfack, University College of Art, Craft and Design in Stockholm, Sweden (2001). In his artistic research, Redondo engages extensively with collective memory and its erasure in society. His work is often based on the interpretation of specific events in relation to the city, architecture, and historical representation.

He is the recipient of various grants, among them the Akademie Schloss Solitude fellowship in Stuttgart, Germany; IASPIS residency program in Stockholm, Sweden and also the Clark Art Institute, Williamstown, USA.