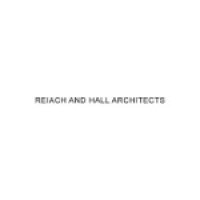 Reiach and Hall Architects  is based in Edinburgh and was founded in 1965 by Alan Reiach and Eric Hall. Reiach and Hall currently employ a total of 29 staff and operate as a limited liability company, accredited with ISO 9001 and 14001, Investors in People, as well as being registered with CHAS and Constructionline. they are experienced and confident in their ability to realise buildings with their clients that are affordable and functional yet have a higher ambition of being good places to be in. They believe strongly in doing things simply and well and have enjoyed a very broad portfolio of projects over 47 years in the profession from flat conversions to major regional hospitals. Reiach and Hall believe that this diversity of scale and use allows each sector to enrich and inform the others while keeping their thinking fresh. Reiach and Hall constantly review what building means, encouraging discussion and reflection while placing great store in the talents and commitment of the individuals who contribute collectively to each project. Reiach and Hall have an excellent and consistent awards record and have recently been named ‘Architectural Practice of the Year’ in the Roses Design Awards - receiving six other project based awards at the same time. They have also been awarded two RIBA awards, a Civic Trust Commendation, and an international award for Best Designed Hospital 2010.