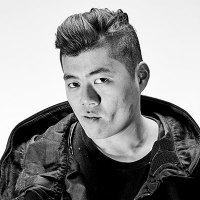 Robben BAI has participated in the design of reconstruction of the Israel Pavilion of Shanghai World Expo, Zhangjiajie glass bridge and other renowned projects after graduation from the Design Department of East China Normal University. During this period, he has also assisted Prof Haim Dota with the establishment the Ecology Architectural Design Institute (ECOD) in Shanghai Institute of Visual Arts (SIVA-DETAO).

In 2015, he established RoarcRenew, an architectural atelier that specializes in urban space renovation. The atelier focuses on urban renewal, space reengineering, remodeling of old districts, with the aim to create a sustainable urban space, and respect for revolutionary design and the history of architecture. Its current design projects include urban renewal, architectural design, interior design, product design and other categories in Shanghai, Nanjing, Zhangjiajie, Jakarta and other cities.

RoarcRenew has received worldwide media recognition, such as FRAME, Domus China, AD, ELLEDECO, Archdaily and so on. Its project Mixpace Mandela has been selected as winner of 2017 AD100, and it also won the Most Popular Office Interior Award. Robben BAI was nominated as one of the Creative Talents 100+ by Domus China magazine.