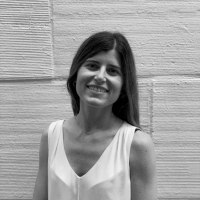 Rocío Casado is an architect for the ETSA of Seville since 2013. As a student she has done an internship in a small Seville studio where she began to be interested in construction. This led her to collaborate in the Department of Architectural Constructions I.