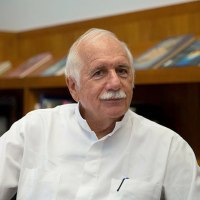 Moshe Safdie, born in Haifa, Israel in 1938, Safdie moved with his family to Montreal in 1953. He studied architecture at McGill University, and after graduation worked with AIA Gold Medalist Louis Kahn, FAIA, in Philadelphia. He returned to Montreal to work on Habitat ’67, for Montreal’s 1967 World’s Fair, which consisted of a series of 158 stacked and terraced apartments.

Safdie then began a series of teaching posts that culminated with his appointment as the director of the urban design program at the Harvard Graduate School of Design from 1978-84. Since 1978, Safdie has been based in Boston while remaining a citizen of Israel, Canada, and the United States. Safdie established a Jerusalem office in 1970 and another in Shanghai in 2011.