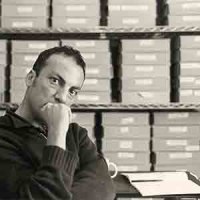 Pierluigi Serraino, AIA, is an architect, author, and educator. He holds multiple professional and research degrees in architecture from Italy and the United States and has over 15 years of work experience as a design architect. Prior to opening his independent design practice, Pierluigi worked on a variety of residential and institutional projects in the United States and overseas at Mark Mack Architects; Skidmore, Owings & Merrill; and Anshen+Allen.

Pierluigi has lectured in museums and institutions of higher learning on postwar American architecture, California modernism, architectural photography, changes in architectural practice, and digital design. Drawing on his in-depth expertise in modern architecture, he has devoted part of his design practice to rehabilitating, remodeling, and adding to mid-century modern residential and commercial properties.

His work and writing have been published in professional and scholarly journals such as Architectural Record, Architecture California, the Journal of Architectural Education, and Architectural Design (UK). He has authored four books, among them Modernism Rediscovered (Taschen 2000) and NorCalMod: Icons of Northern California Modernism (Chronicle Books, 2006), and numerous essays.