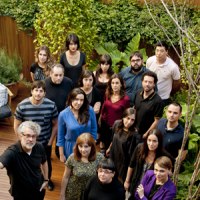 studio MK27 was founded at the beginning of the 80’s by Marcio Kogan and today is joined by 20 architects, besides collaborators in numerous countries around the world. The architects of the Studio develop the projects from start to finish, and sign as the projects co-authors. The Office has won numerous international awards such as: Wallpaper Design Awards, Record House, Interior Record, D&AD, LEAF Awards, Dedalo Minosse, Barbara Cappochin of the International Biennial of Padova, Spark Awards and World Architecture Festival. In 2011, Wallpaper and Época considered Marcio Kogan as one of the 100 most influential people and received the title of honorary member of the AIA, American Institute of Architects and in 2012 represented Brazil in the Venice Biennial of Architecture. In Brazil he has received 13 awards of the Instituto de Arquitetos do Brasil, IAB (Brazilian Institute of Architects). The projects of studio MK27 are valued for their formal simplicity, always working with special attention to the details and finishings. Marcio Kogan and the architects of the team, great admirers of the Brazilian modernist generation, seek to fulfill the difficult task of giving continuity to this line of production. 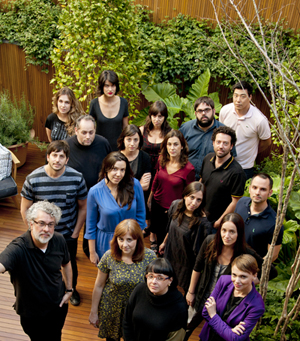