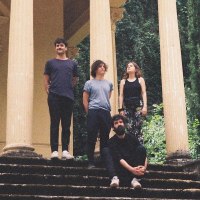 Taller de Casquería is an architecture studio focused on the development of new strategies to address the space, the city, and society. The members are Elena Fuertes, Ramón Martínez, Álvaro Molins, and Jorge Sobejano.

Their practice is based on research as an engine for the production of architectural proposals, highlighting an extensive vision of architecture that goes beyond its disciplinary barriers. Their work covers different formats, from specific architectural interventions or urban regeneration strategies to scenography, exhibition design, or object design.

Their work has been selected to form part of different exhibitions, both individual and collective, among which the participation in the Venice Biennale of Architecture 2014 as collaborators in the American pavilion Office the US stands out; at the Seoul Architecture Biennale 2015 and the San Sebastian International Architecture Biennale 2017 and the collective exhibitions "Public symphonies", 2014, MAXXI, Rome; "The way things go", 2015, Monoambiente Gallery, Buenos Aires and "Las Voces del GPS", 2017, CentroCentro, Madrid.

They have been speakers at various universities, institutions, and conferences, among which "J.E.I. 2017: Glitch futures. Data speculation, technocosmology and dispossession in times of accelerated capitalism" stand out, CA2M, Madrid; "Radical Networks", 2018, Berlin, "IAM Weekend 2019", Barcelona and the editions of the years 2017 and 2019 of the "RIXC Art & Science Festival" in Riga.

Winners of a Europan 13 first prize in Marl, Germany, won a selection at the 2017 FAD Awards and have been finalists for the Arquia Proxima Awards 2014 and 2016. Their work is part of the permanent collection of the Architekturmuseum: Pinakothek der Moderne from Munich. They are currently finalists for the FAD 2019 awards.