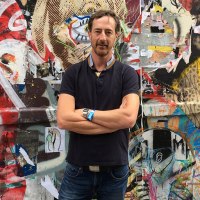 TCGA Arquitectos was founded in 2010 in Pamplona and Algeciras, and builds on the extensive experience of the original studio formed in 1982. Their work extends throughout Spain, and they develop residential, commercial, educational or sports projects, including urban development.

Both building and urban development are based on constant research into the social aspects of architecture and the modus vivendi of the residential sphere, whether housing developments or luxury villas for the foreign market.

Iñaki Tanco Hualde, Architect. Born in 1969 in Alsasua, Navarre, and graduated from the University of the Basque Country in 1998. Founding partner of the original studio, he is a specialist in Urban Planning and has been a technical advisor to City Councils since 2008. He is currently the Director of the North Office in Pamplona.

Imanol García De Albéniz, Dr. Architect. Born in 1975 in Vitoria-Gasteiz, Álava, and graduated in 1999 from the University of Navarra; in 2005 he defended his doctoral thesis and worked for 6 years as an associate professor. He has worked in Italy and the United Kingdom, and holds the position of Director of the South Office in the province of Cadiz.

Shawn Sullivan, Architect. Born in Wales, UK, and currently based in Gibraltar, he is the founder and Director of Nomad Studio One and is a design and project management consultant for Ocean Village. He has won prestigious awards worldwide for the design of his buildings and homes.