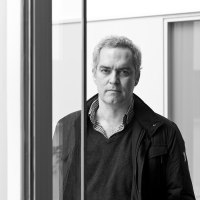 Javier Terrados, the founder of the Javier Terrados Architecture Studio, graduated as an Architect in June 1987, obtaining a PhD in October 2011 from the University of Seville.

He has received different awards, the most outstanding being the Maestranza de Sevilla Award to the Number One of the 1988 Promotion in the E.T.S. of Architecture of Seville, National Prize for the Quality of Public Promotion Housing 2005, awarded to the work of 68 VPO homes, garages and premises in the San Jerónimo neighborhood of Seville, by the Ministry of Housing or the First Prize in the National Competition "III Termoarcilla 2006 Award" for works built in the 2005-2006 biennium, for the work of the La Línea de la Concepción Youth House (Cádiz), convened by the Termoarcilla Consortium in October 2006.

Throughout his career he has carried out various urbanization, rehabilitation, housing, renovation and extension projects.

On the other hand, he has served as the Higher Technical School of Architecture of Seville in the Department of Architectural Projects (Projects 1, 3, 5 and Composition Elements from the 1988-1989 academic year) or as Director of the Course «The City and the Signs . Interventions in the inner city ”, held at the Baeza Headquarters of the International University of Andalusia, from September 7 to 11, 2009, among other seminars.