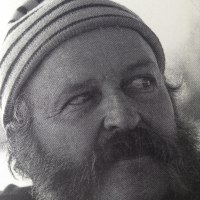 Ramón Vázquez Molezún. He was born on September 2, 1922, in Coruña, at the age of 19 he moved to Madrid to study architecture, graduating from the ETSAM in 1948. He obtained the Grand Prix of Rome in 1949 and is a pensioner of Architecture at the Academy of Spain in Rome, where it remains until 1953.

In 1954 he received the National Prize for Architecture and began his collaboration with José Antonio Corrales, building the Secondary Education Center in Herrera de Pisuerga, Palencia. His success in the Competition for the Spanish Pavilion at the Universal Exhibition in Brussels in 1958, drives this union that will be consolidated throughout his professional career. In 1957 he married Janine Martínez-Anido. Already installed in Madrid, on Bretón de los Herreros street, where several friends and colleagues meet, De la Sota, Corrales, García de Paredes, Carvajal and Carlos de Miguel, the collaborations are reinforced until they become their usual way of working.

In 1958 he joined the Construction Department of the National Institute of Industry (I.N.I.) and made a study trip to North America selected by the International Congress of Archives (I.C.A.)

The decades of the 60s and 70s are the most prolific, both at a productive and symbolic level, he participates in numerous competitions and carries out the most relevant works, most of them in the company of Corrales, such as the Reader's Digest building (1963) and Profidén in Madrid (1964), Casa Huarte in Puerta de Hierro in 1966, the Bankunión buildings in 1970 and Banco Pastor in 1972, among others.

In the field of land use planning, he intervenes in the directed and absorption settlements in Madrid, Fuencarral, Almendrales, and San Blas and in the General Urban Planning Plan of La Coruña, with José Antonio Corrales and José María Pagola. In addition to the contests, Actur de Lacua, Huerta del Rey, and Alameda de Málaga, he participated together with José Antonio Corrales in the first tourist promotions in La Manga del Mar Menor initiated through the Huarte Group.

Starting in 1978, with the First Prize in the Competition for the Port of Sotogrande, Cádiz, together with Rafael Olalquiaga, his activity will focus on various projects in the south. He continues his collaboration with Corrales, more sporadically, in competitions and institutional buildings for the Bank of Spain, in Madrid and Badajoz, and maintains the connection with his hometown, La Coruña, where he carries out some residential buildings of interest, such as the houses of official protection in Palloza with Olalquiaga and Salvador Molezún, or the residential complex in Oleiros in 1976 also in collaboration with Gerardo Salvador Molezún. The project for the headquarters of the Barrié de La Maza foundation, begun in 1978, would last until the 1990s, being completed by his collaborators after his death.

The most personal and representative example of his individual work is, without a doubt, the La Roiba refuge house, in the Pontevedra estuary, built between 1967 and 1969, a work that adapts to the place and transforms over time, where its office and reflects his character.

Together with José Antonio Corrales, he made his last collaboration with the competition for the Spanish Pavilion at Expo 92 in Seville and later received the 1992 Gold Medal for Architecture in honour of his joint professional career.