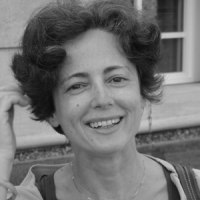 Paola Viganò (Sondrio, May 29, 1961), architect and urbanist, is Full Professor of Urbanism and Urban Design at the Università IUAV di Venezia and coordinator of the program in Urbanism in the “Architecture, City and Design” PhD. She has recently been appointed Professor for Urban Theory and Urban Design at the EPFL. She graduated in Architecture in 1987, in 1989 she became assistant in the course of Urbanism held by Bernardo Secchi at the Istituto Universitario di Architettura of Venice. From 1991 to 1994 she attended the PhD program in Architectural Design at IUAV. In 1994 she obtained the research doctorate in Architectural and Urban Composition.

She is a member of the faculty of the European Postgraduate Master in Urbanism (EMU - IUAV Venice, KU Leuven, TU Delft , UPC Barcelona) and coordinator of the Venice program. She is also part of the scientific committee of the International PhD Seminars of the same schools. In 2008 she is Associate Researcher at the Canadian Centre for Architecture (CCA) in Montreal. Since 2013 she is professor at EPFL (Lausanne) where she directs the Laboratory in Urbanism (lab-U). In 2012 and 2013 she is a visiting professor at the Graduate School of Design (Harvard University).

She was awarded the Grand Prix de l’Urbanisme in 2013. In 1988 she participated in the project for the recovery of the former refinery IP in La Spezia in 1989 has been selected (4th prize) in the international competition for the recovery of the concentration camp Fossoli. That same year she participated in the competition for the development of Hoog Kortrijk (winner project, with B. Secchi). In 1998 she won the international competition as group leader " Urban Park Areas Falck " in Sesto San Giovanni , and in 2000 was selected for the international competition " Urban Park Tarello " in Brescia . She designed a masterplan for a residential project in Sondrio, realizing two villas and a house in Valtellina (included in Architetti interpretano la casa di abitazione italiana, Biblos, Cittadella, 2005).

She has organized several design competitions, including "Edifici Mondo” competition for the recovery of the old town of Salerno and has served on numerous juries for competitions in architecture and urban planning. She lectures at major schools of architecture internationally.

In 1990 she founded Studio together with Bernardo Secchi.