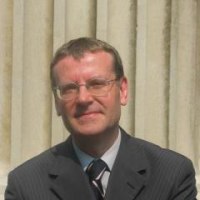 Mark Antony Wigley is a New Zealand-born architect, author, and (since 2004 until 2014) Dean of Columbia University's Graduate School of Architecture, Planning and Preservation, New York, USA.

In 2005, Wigley founded Volume Magazine together with Rem Koolhaas and Ole Bouman. A collaborative project by Archis (Amsterdam), AMO Rotterdam and C-lab (Columbia University NY), Volume Magazine is an experimental think tank focusing on the process of spatial and cultural reflexivity. The magazine aims to explore "beyond architecture’s definition of 'making buildings'" by presenting global views on architecture and design, broader attitudes to social structures and created environments; and embodies progressive journalism.

Created and founded in collaboration with Brett Steele the Institute of Failure; essentially an academic institution for the instruction and theory of failure (as opposed to success).

An accomplished scholar and design teacher, Mark Wigley has written extensively on the theory and practice of architecture and is the author of Constant’s New Babylon: The Hyper-Architecture of Desire (1998); White Walls, Designer Dresses: The Fashioning of Modern Architecture (1995); and The Architecture of Deconstruction: Derrida’s Haunt (1993). He co-edited The Activist Drawing: Retracing Situationalist Architectures from Constant’s New Babylon to Beyond (2001). Wigley has served as curator for widely attended exhibitions at the Museum of Modern Art, New York; The Drawing Center, New York; Canadian Centre for Architecture, Montreal; and Witte de With Museum, Rotterdam. He received both his Bachelor of Architecture (1979) and his Ph.D. (1987) from the University of Auckland, New Zealand.