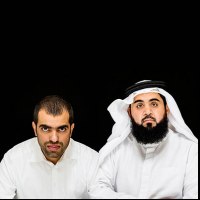 X-Architects is a critical architectural studio founded in 2003 by principal architects Ahmed Al-Ali and Farid Esmaeil. Both principals are strong proponents of Arab Culture and its translation into contemporary design.

X- Architects believes in design as a process.We research into creating a built environment that is adaptive and contextual. We see architecture as a language that speaks of the place. Our sensible, yet critical design approach recognizes the inherent complexity in modern day building and harnesses this complexity to produce projects that are culturally robust, place sensitive and environmentally friendly. 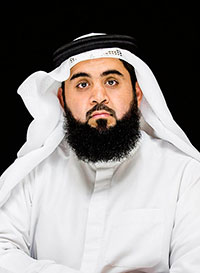 Ahmed Al-Ali is an Architect and Entrepreneur from the UAE. He graduated from the American University of Sharjah with a Degree in Architecture and established his critical design firm, X-Architects in 2003.

X-Architects projects and work have gained continuous recognition and have been exhibited in international reputed venues like Royal Institute of British Architects (RIBA) in London in 2011 and Louisiana Museum of Modern Art in Copenhagen 2014. In 2010, Ahmed was honoured with the prestigious and one of the highest ranked local awards, the Mohammed Bin Rashid Award For Young Business Leaders.

Ahmed ardently contributes to various research projects and has collaborated on Abu Dhabi’s Urban Planning Council Building and neighborhood guidelines. He is a board member of the Canadian University of Dubai, the UAE University of Al Ain and the Al Hosn University in Abu Dhabi. He is actively involved in academic spheres and is a recurring critic and lecturer at various educational institutions and associations. Ahmed recently lectured and joined a panel discussion called “Housing the Spring” at Harvard University. 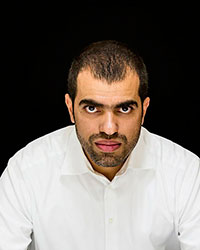 Farid Esmaeil is the founding partner of X-Architects, a leading architecture and urban design practice in Dubai. He graduated from the American University of Sharjah (AUS) in 2003. His design work addresses issues of contemporary society, urban identity, and architecture.

Farid has been the driving force in conceptual projects such as 'Xeritown' 60 hectare sustainable city in Dubai, and 'Al Nasseem' a 12 hectare community development in Al-Ain, amongst others. Farid has lectured and exhibited work in various universities and institutions worldwide, including Venice Biennale 2008, AUS, Technical University [TU] Berlin, AIA Berlin 2002, and Archiprix international Architecture thesis program. His design work has won numerous awards including the regional Holcim Award 2008, and Cityscape Awards 2008 Dubai. He has contributed to Al Manakh, Architecture+, Art and Architecture and numerous other publications.