The workshop falls within the theme of the VII BIAU, the "civic integration" and regenerative experiences neighborhoods, as in the case of the city of Medellín will host the VII BIAU, have elucidated new ways to transform the city , and opened the door to a future closer, closer.

The concept of proximity citizen joins the near future concept  or possible future. It seeks to understand the future of the city, of our ecosystem city, from new points of view more open and pluralistic.

The workshop is to envision that which already exists in the city and has the potential to generate new forms of citizen engagement on a small scale.

It is not looking at the city through the eyes of city planner, but from a closer, more open and more participatory.

The format will be practical work and must be downloaded video on YouTube, entitled VII BIAU CIUDAD PRÓXIMA. 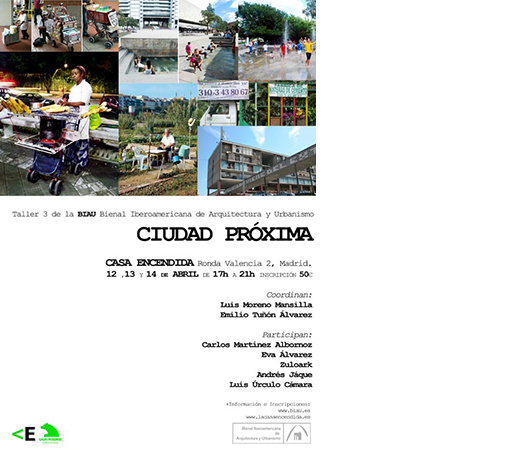