The final touch to the Fondazione Prada in Milan is ready to be unveiled will open next month, in April, housing the institution’s permanent collection. The new building marks the completion of the site which was inaugurated three years ago in 2015, by the billionaire fashion designer and collector Miuccia Prada, as a prestigious private museum in Milan. 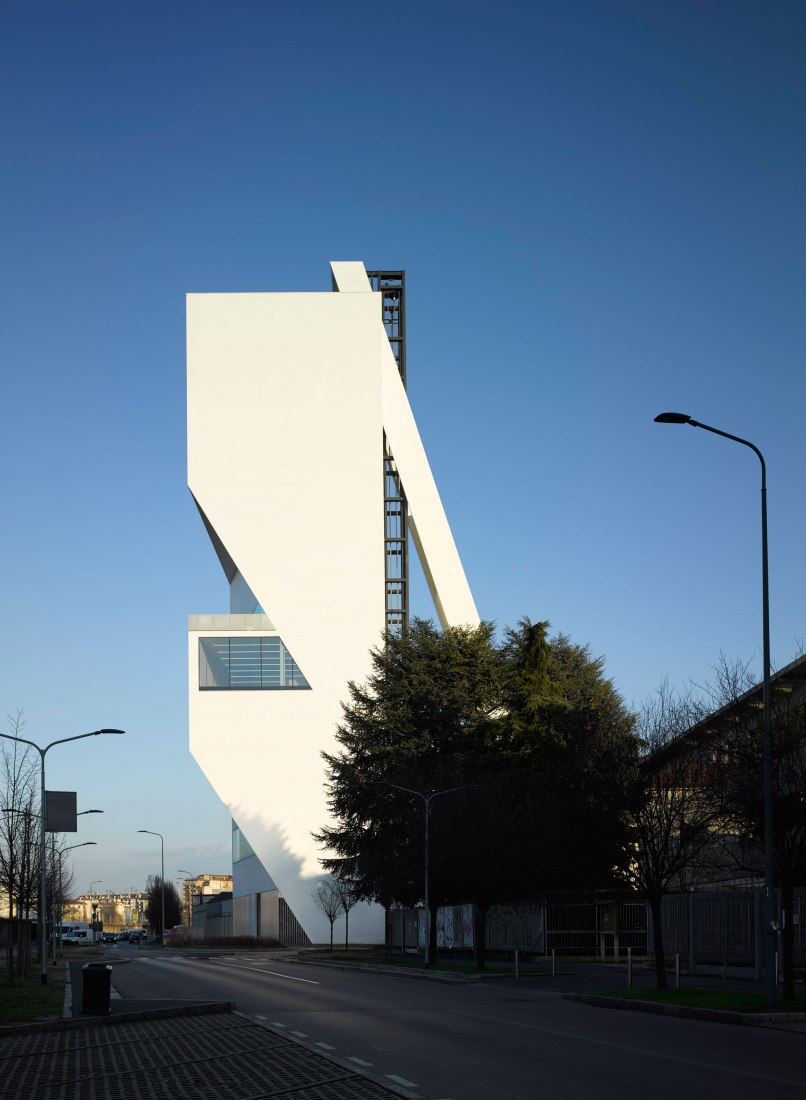 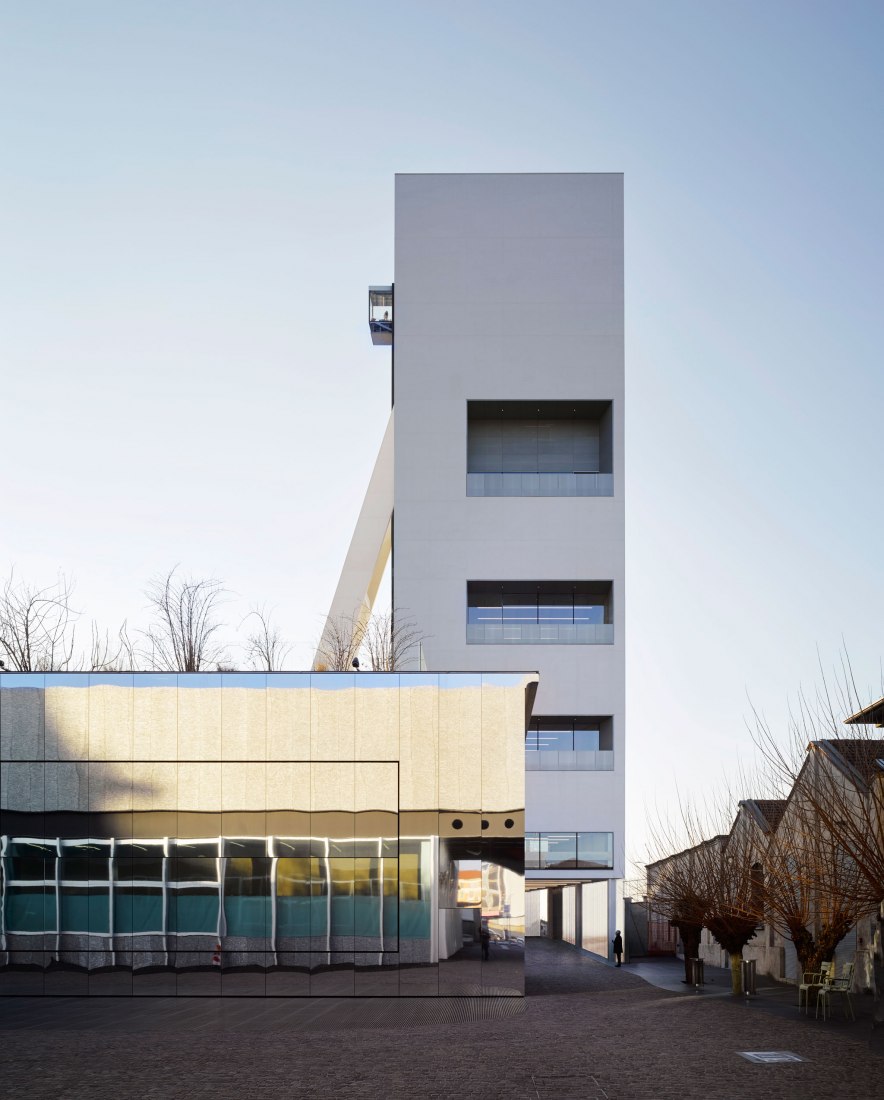 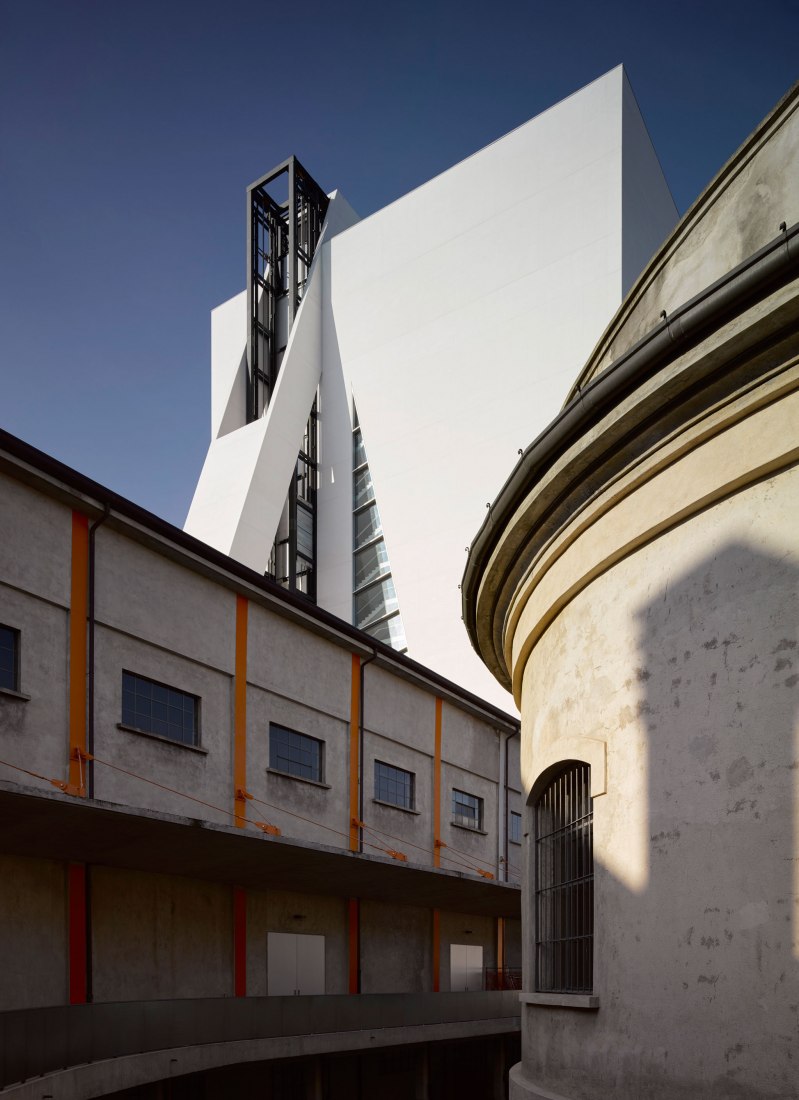 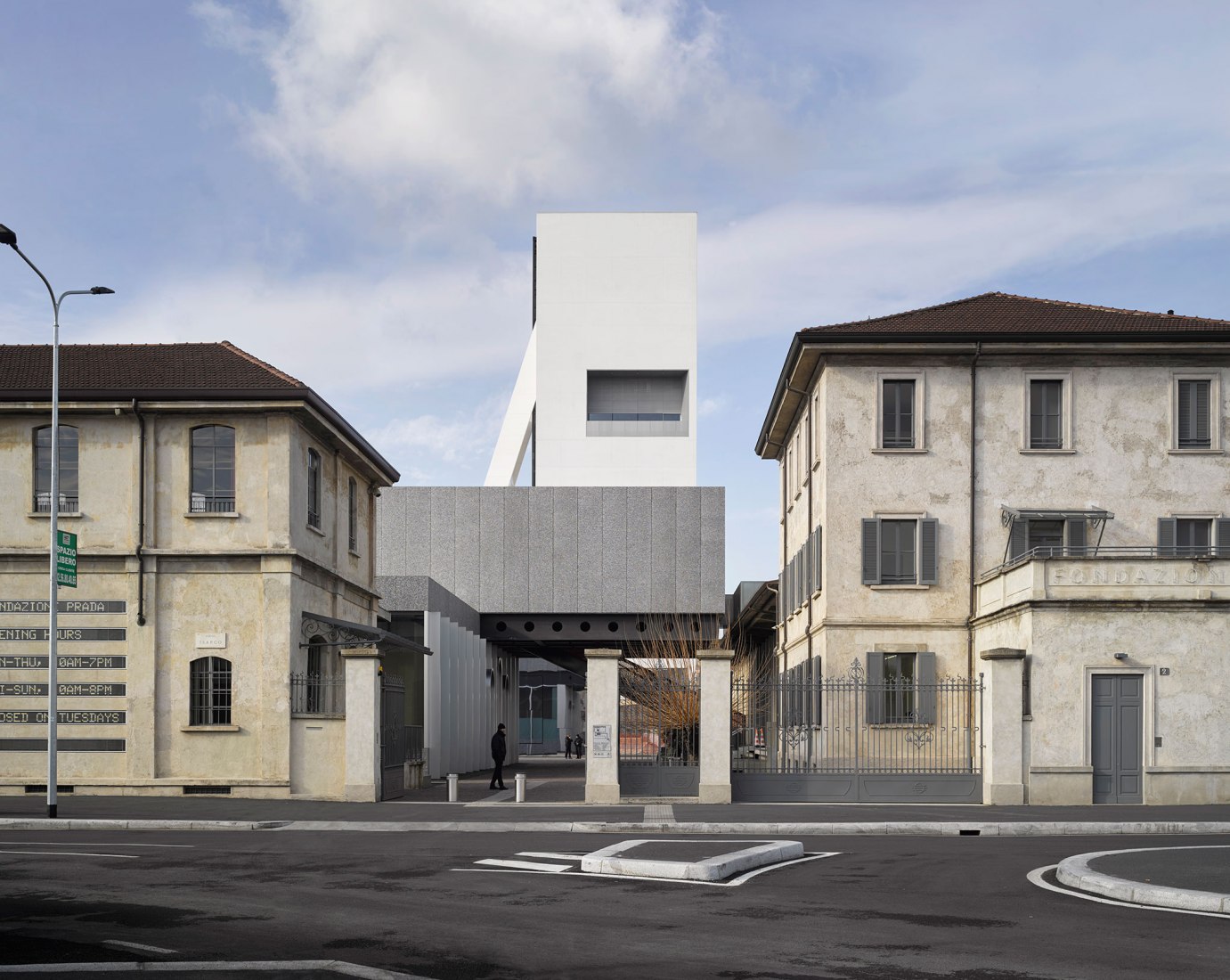 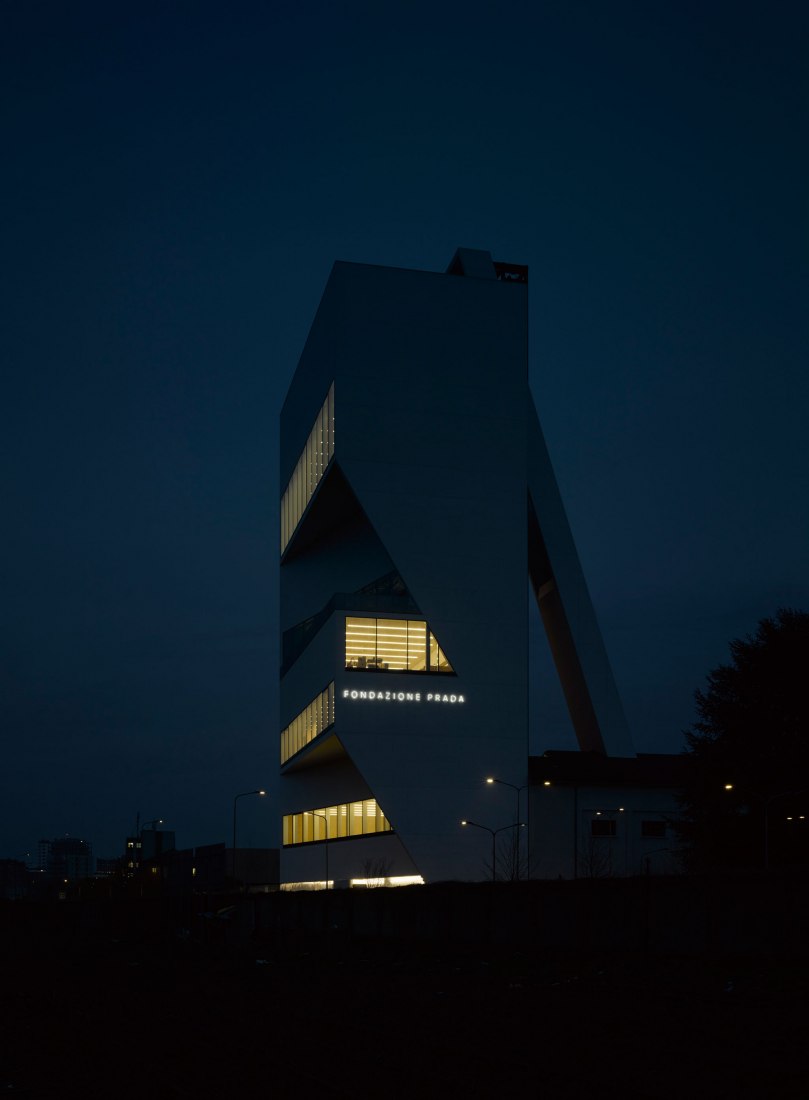 The new tower marks the completion of the foundation's Milan venue, designed by Rem Koolhaas, with Chris van Duijn and Federico Pompignoli, from architecture firm OMA, and first unveiled in May 2015.

When the Fondazione Prada launched in May 2015, the nine-story, 60 metre tower was still under construction. Now completed, the tower is one of three new buildings that distinguish Fondazione Prada‘s complex, in the former gin distillery dating back to the 1910s. The white concrete building will become a recognizable landmark for the Fondazione, revealing itself within Milan's urban skyline while simultaneously framing an unprecedented view of the city through its large windows.

The building is set to officially open on April 20.

Six of the floors in the wedge-shaped Torre are exhibition spaces. Torre develops on nine levels, six of which are exhibition spaces, for a total surface of approximately 2.000 sq m. The remaining three levels host a restaurant and other visitors' facilities. The structure is completed by a 160 sq m panoramic terrace hosting a rooftop bar. The exhibition spaces have been conceived to display works and large installations from the Prada Collection, which mostly includes works by 20th and 21st century Italian and international artists, and set to become a resource of potential perspectives which future projects and new artists will contribute to.

“By introducing so many spatial variables, the complexity of the architecture will promote an unstable, open programming. The interaction between the spaces and specific events or works of art offer an endless variety of conditions,” Koolhaas said in a statement.

Thanks to the variations of three spatial parameters (plan dimension, clear height and orientation), each floor of Torre presents specific environmental conditions. Half of the levels have a rectangular floor plan, while the other half displays a trapezoid one. The clear height of the ceilings increases from bottom to top: from 2,7 meters on the first floor to 8 meters on the top level. The external façades are characterized by an alternation of concrete and glass surfaces, which allows exposure from a northern, eastern or western side, whereas the top gallery is exposed to zenithal light. The southern side of Torre presents an imposing tube which connects it to Deposito, inserting itself within the latter. This inclined structure, made of iron and concrete, is characterized by a wide internal slot inside which a panoramic elevator is integrated.

The irregular geometry of Torre allows its exterior appearance to vary according to different observation points, and perfectly embodies the architectural vision for the entire Fondazione, which features an ensemble of oppositions and fragments that never congeal into a single image. As explained by Rem Koolhaas: "By introducing so many spatial variables, the complexity of the architecture will promote an unstable, open programming".

The Prada Collection includes many important works by 20th and 21st century Italian and international artists. Since launching the space in Milan, the foundation has presented shows of work by the S artist H. C. Westermann, the Austrian collective Gelitin, and Pamela Rozenkranz, among others. Last June it premiered Alejandro G. Iñárritu’s virtual reality installation about Mexican migrants attempting to cross the US border, Carne y Arena (Virtually Present, Physically Invisible). The award-winning installation was co-produced and financed by Legendary Entertainment and Fondazione Prada. 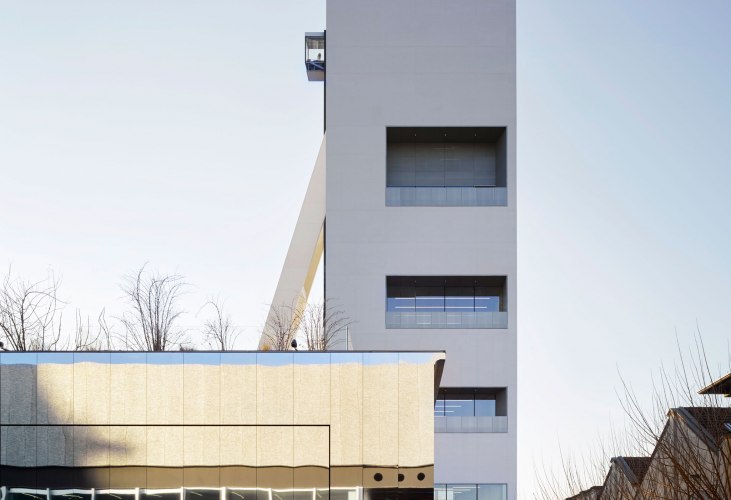 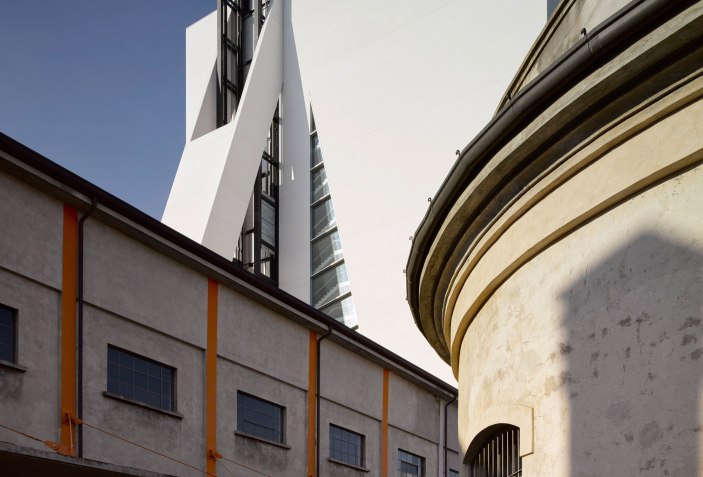 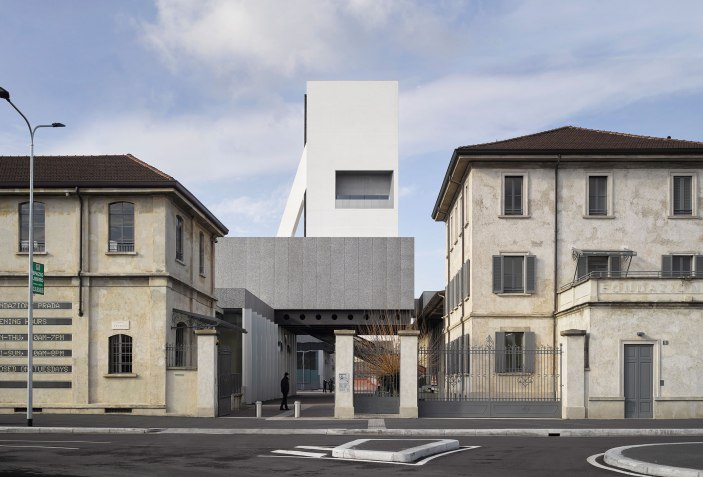 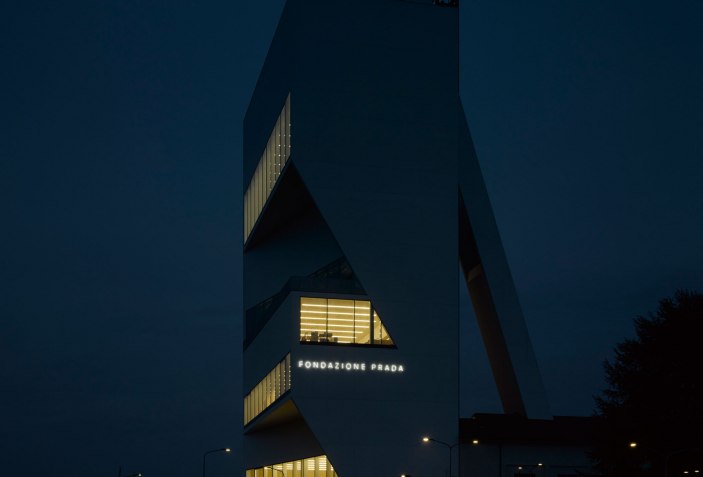 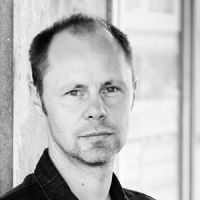 Chris van Duijn joined OMA in 2000 and is based in Rotterdam. He has been involved in many of OMA’s most renowned projects including Universal Studios in Los Angeles, the Prada stores in New York and Los Angeles (2001), Casa da Musica in Porto (2005) and the CCTV Headquarters in Beijing (2012). Recently completed projects include Fondazione Prada in Milan (2015) and the Garage Museum of Contemporary in Moscow (2015).

In addition to large-scale and complex projects, he has worked on interiors and small-scale projects including private houses, product design, and temporary structures such as the Prada Transformer in Seoul (2009).

Currently he is overseeing the design of the Axel Springer Campus in Berlin and the Jean Jacques Bosc Bridge in Bordeaux, the construction of the Parc des Expositions in Toulouse and the Bibliothèque Multimédia à Vocation Régionale in Caen, as well as product development projects.

Chris holds a Master of Architecture from the Technical University of Delft. 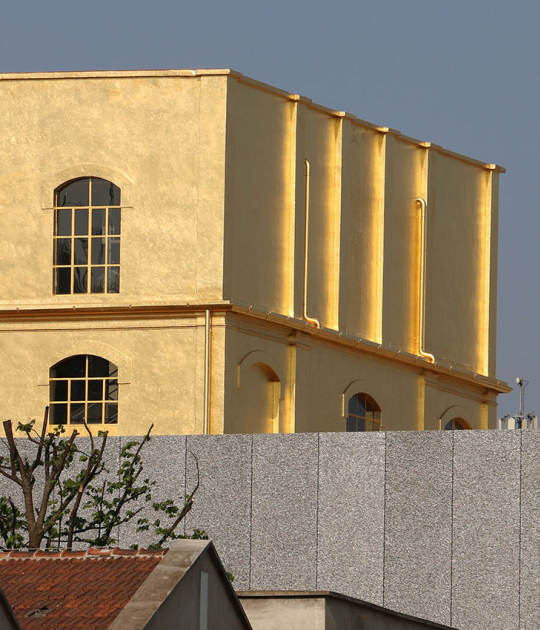 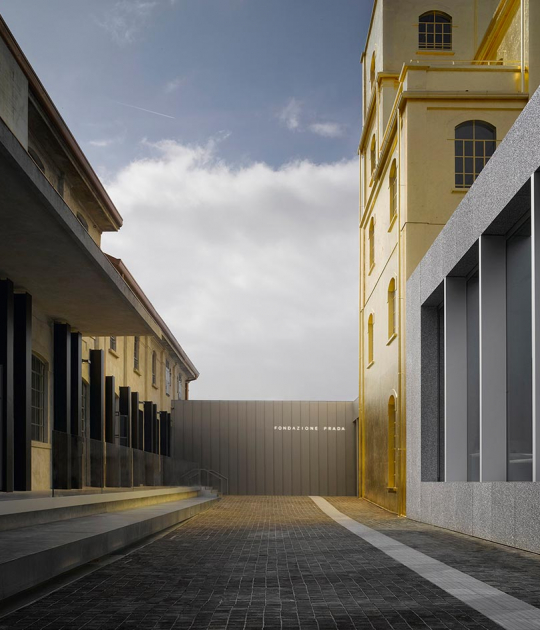 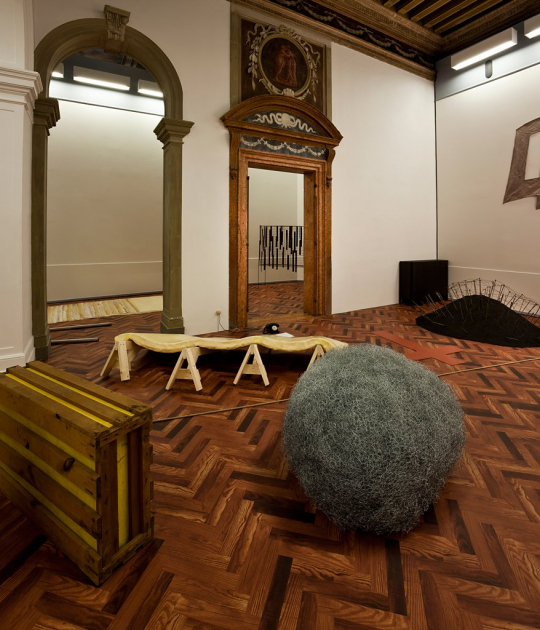 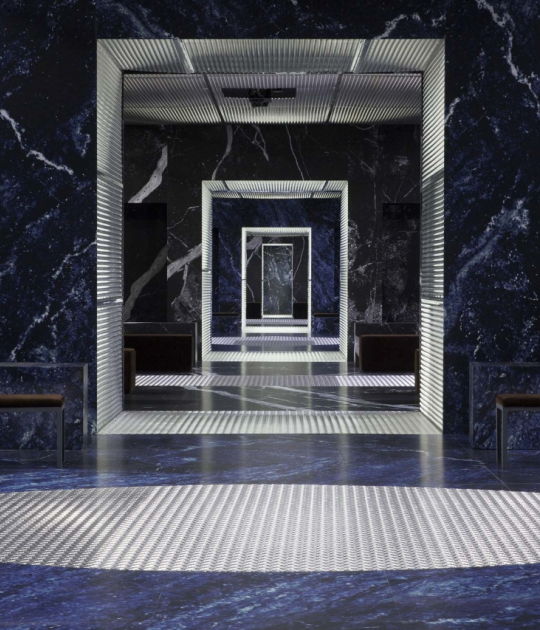 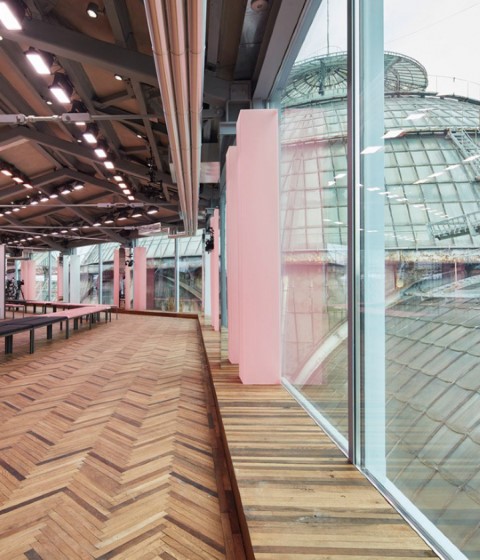