What happened to the large facilities built at the internatoinal World's Fairs? In this exhibition you can see a chronological tour of the emblematic structures. 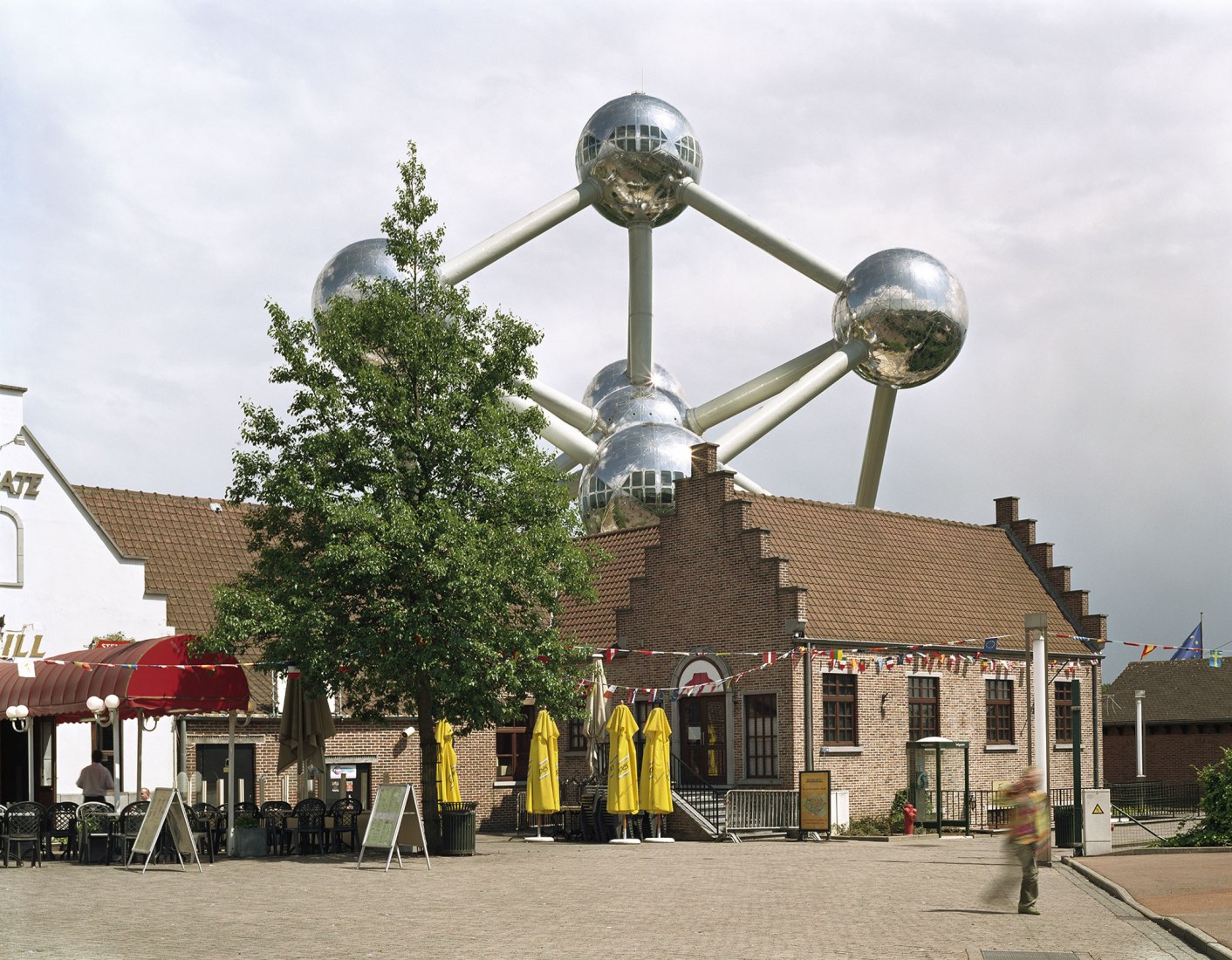 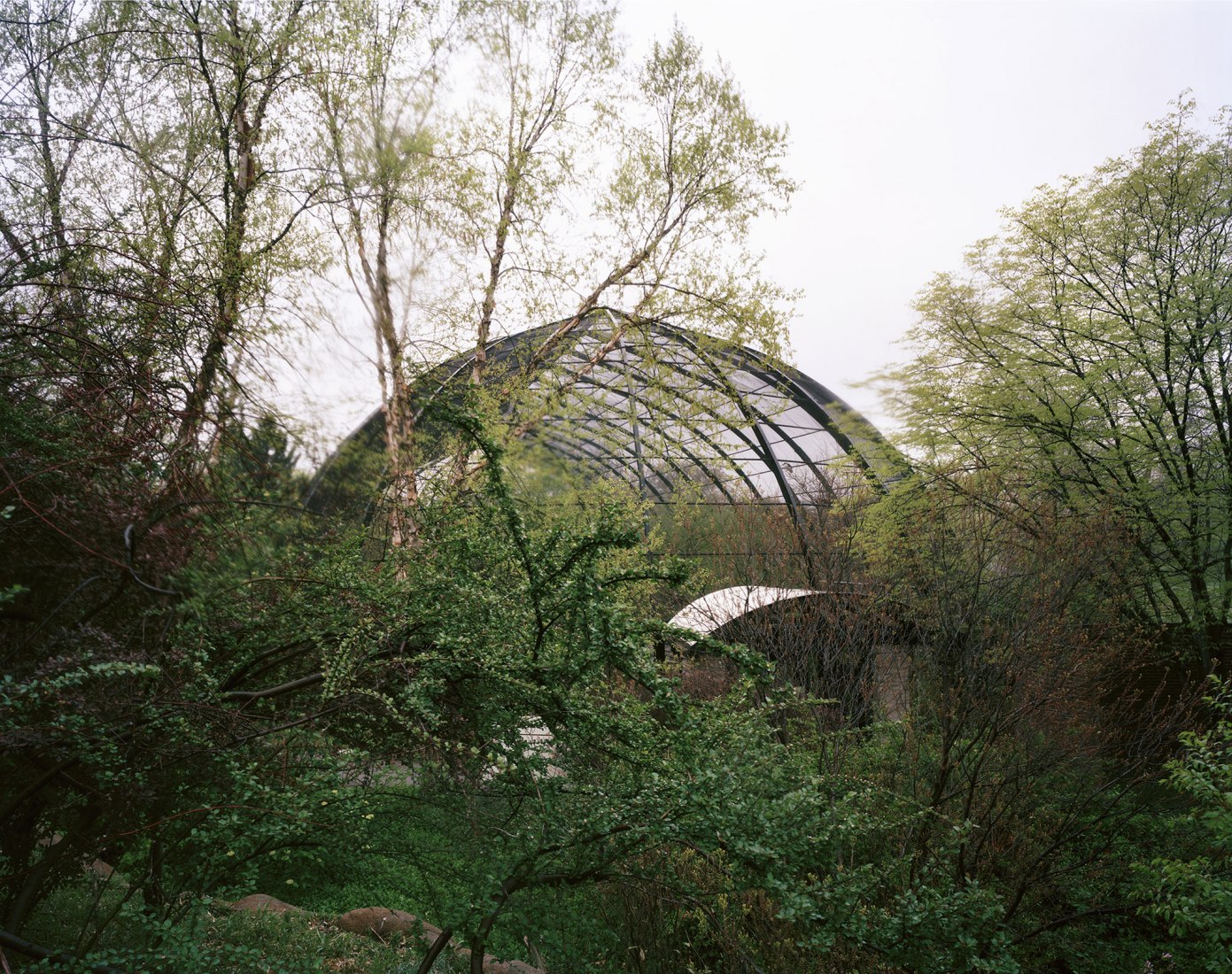 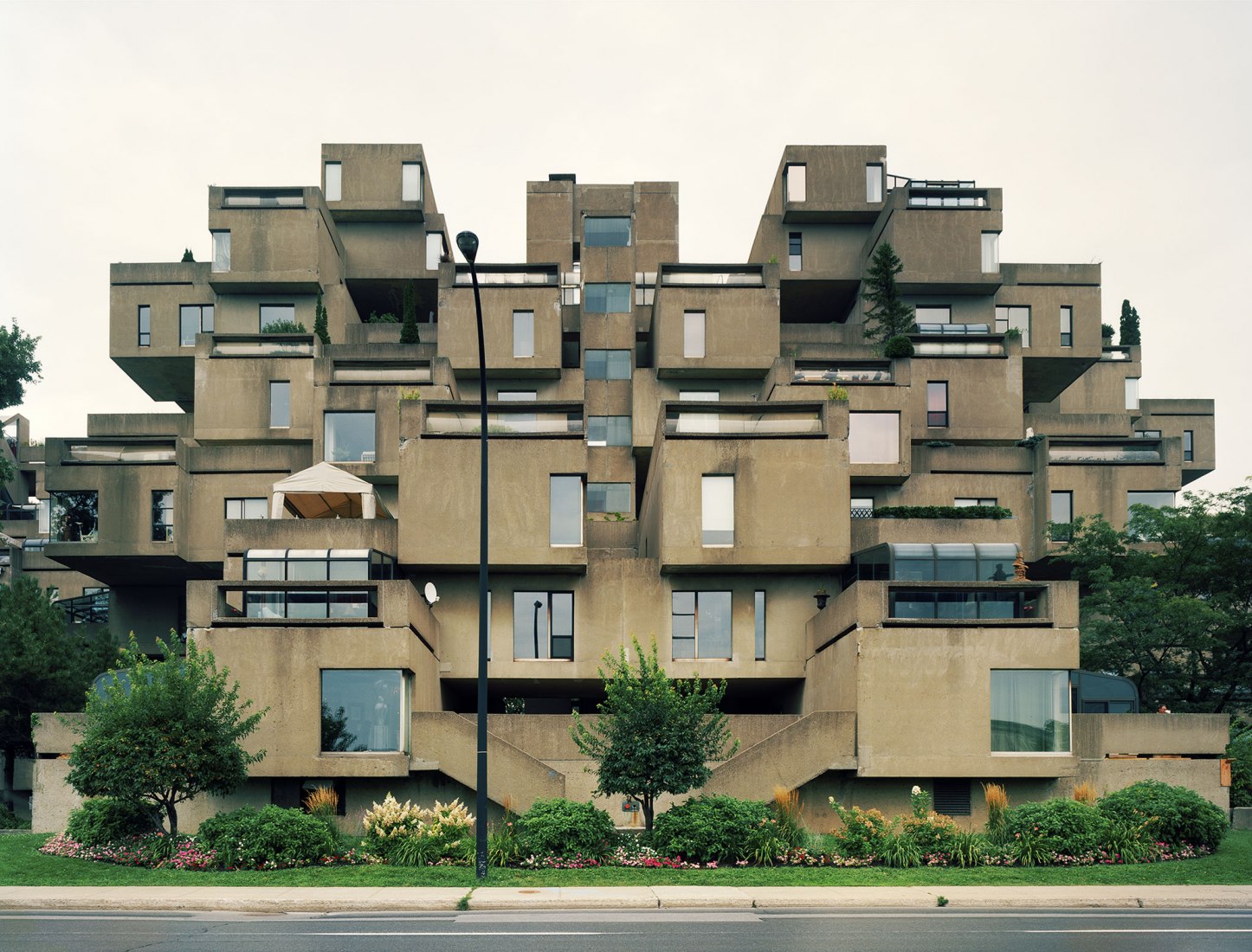 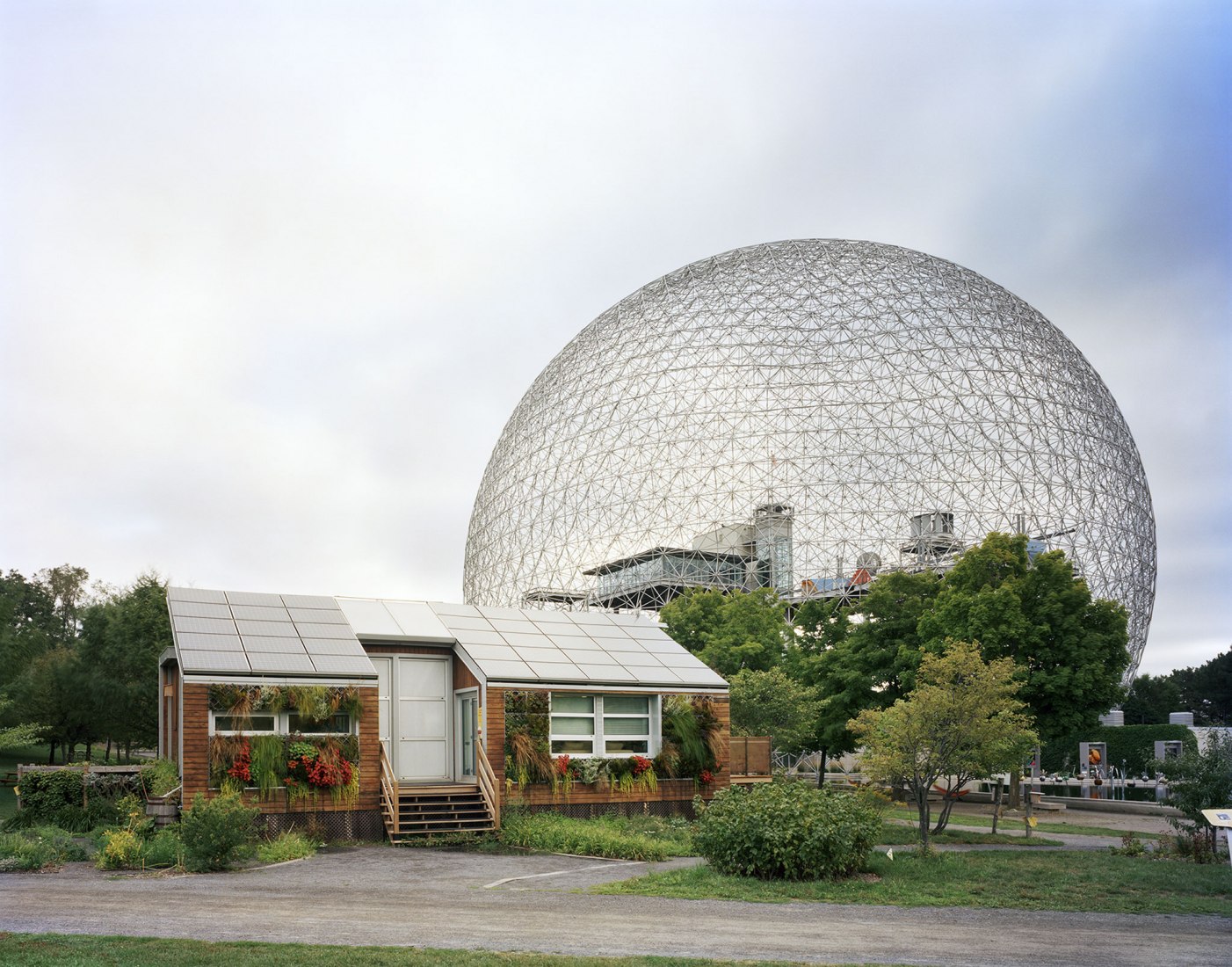 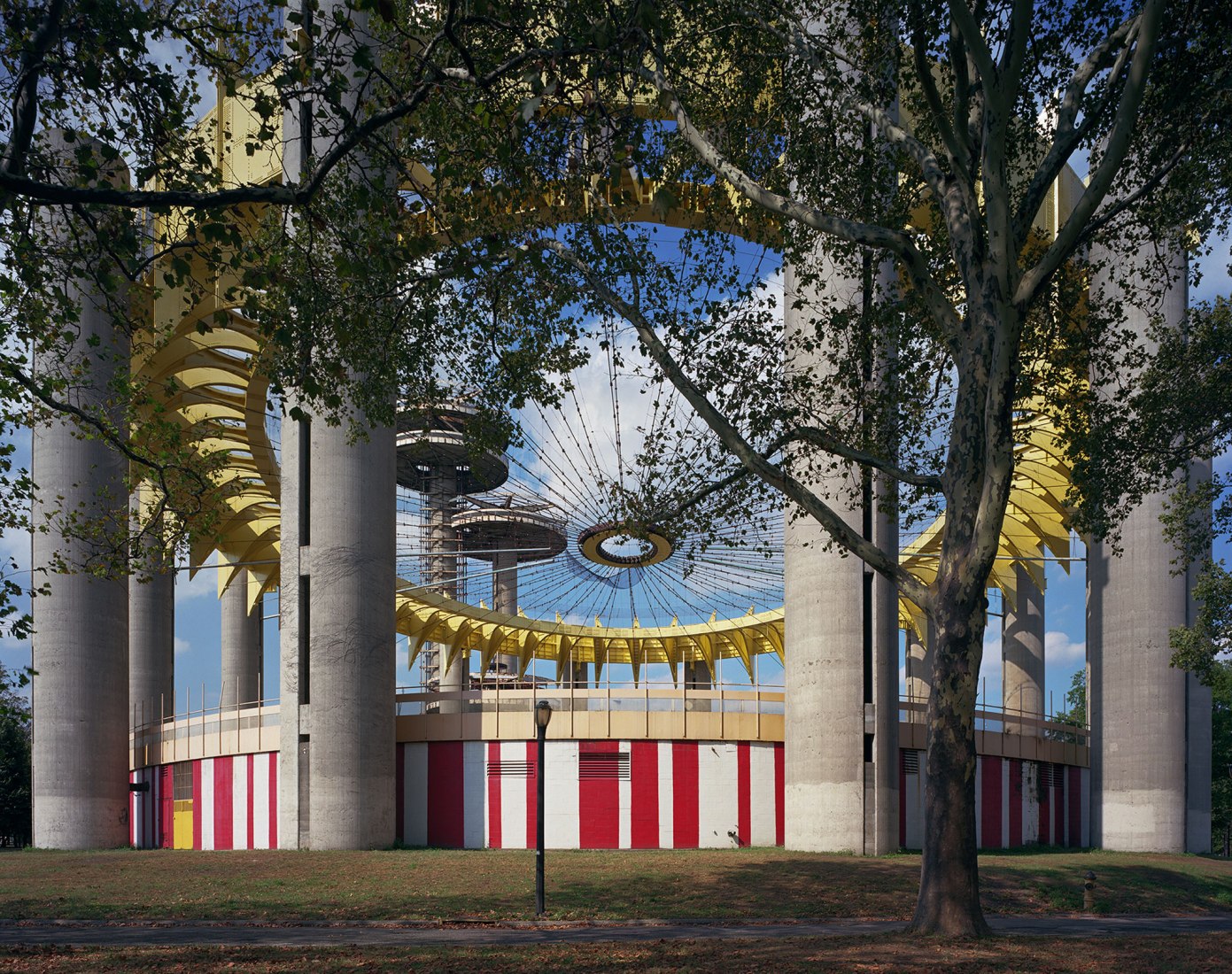 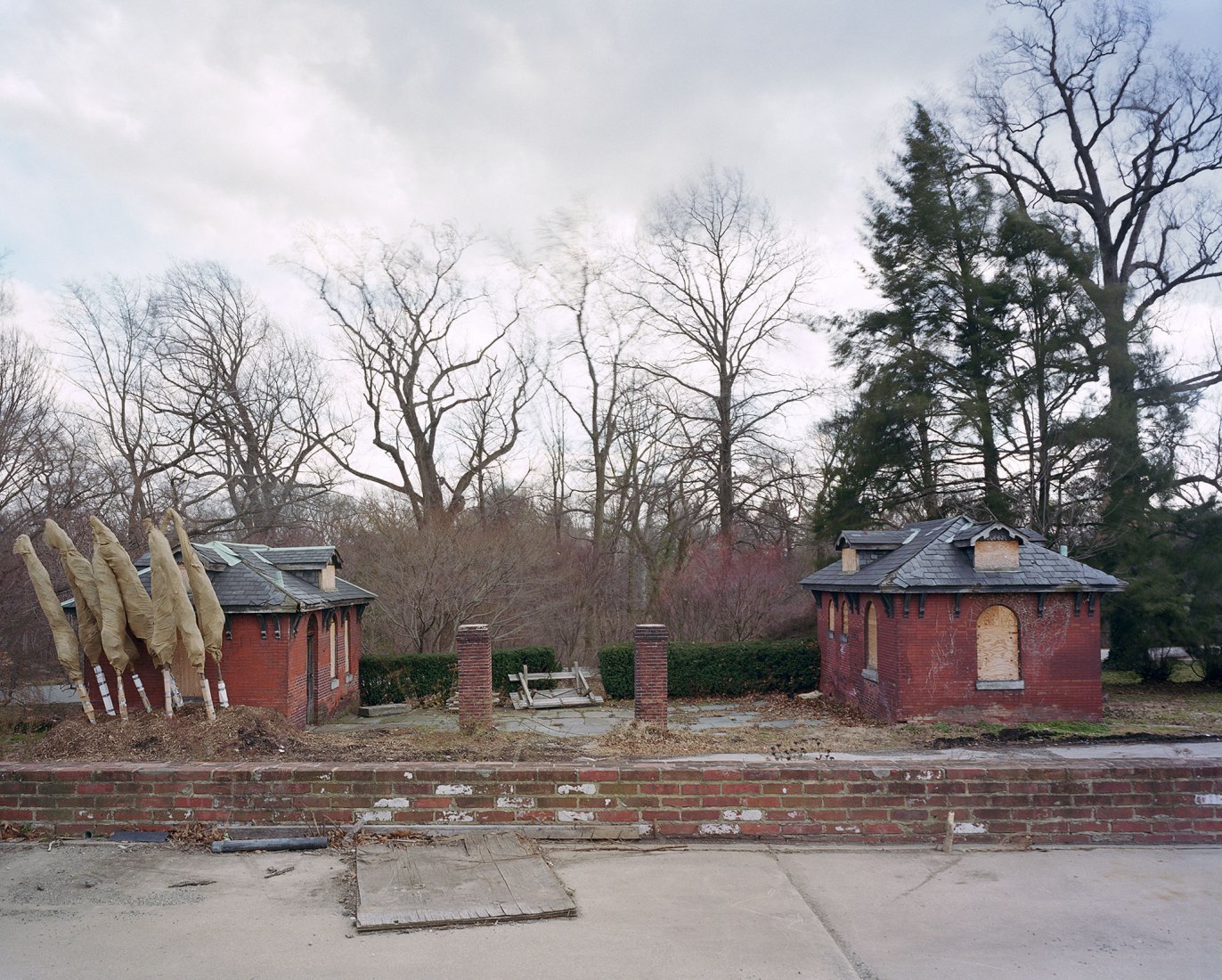 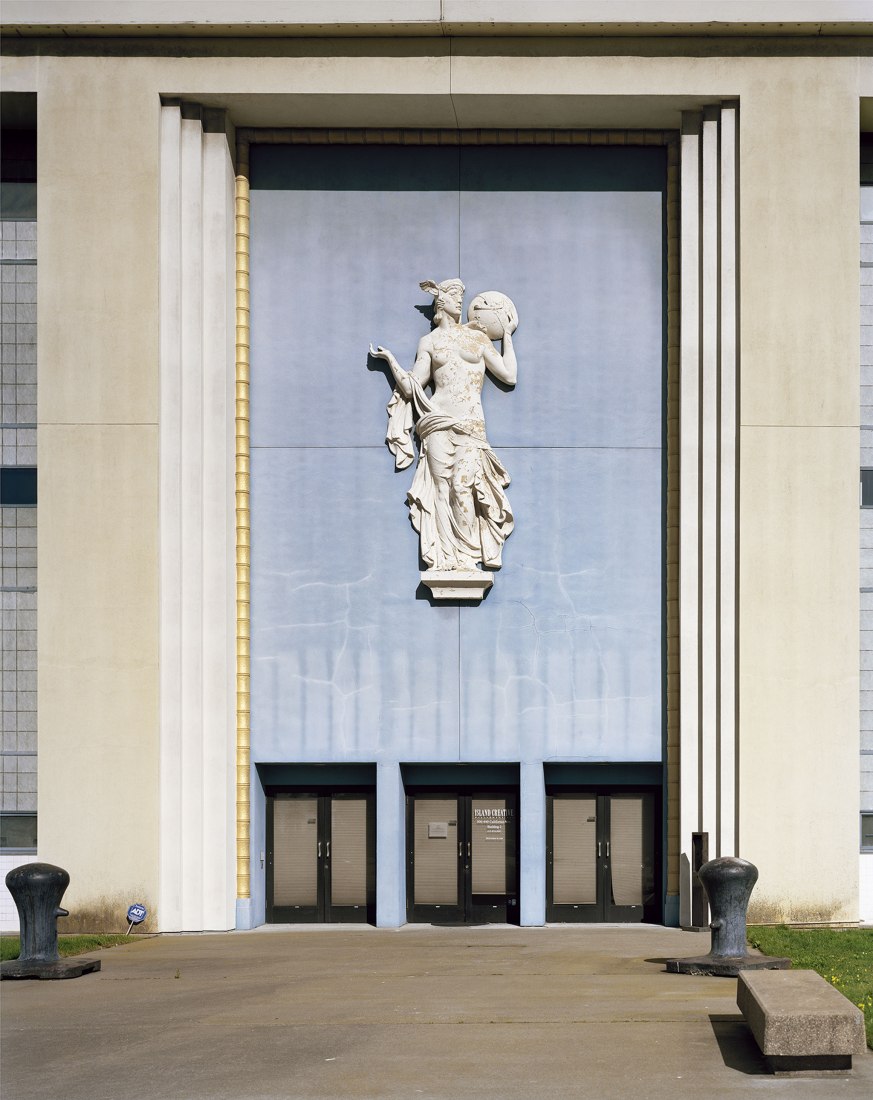 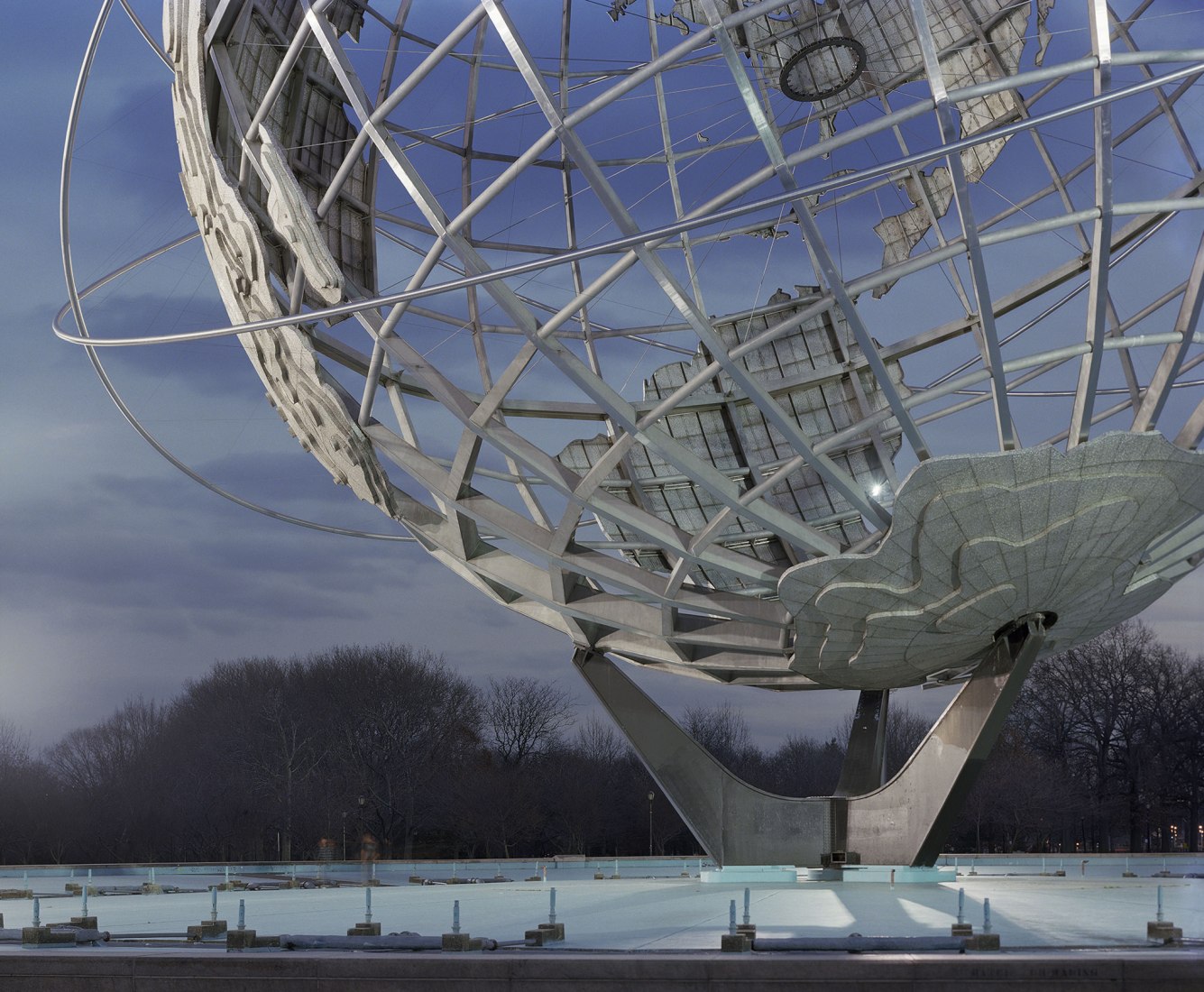 Photographer Jade Doskow continues her series “Lost Utopias”, which reflects the end of famous buildings such as the Atomium in Brussels, the Eiffel Tower in Paris and the New York State Pavilion in Queens. These constructions had a clear objective at the time, but not an urban planning for the future, and now they are neglected and forgotten, except for those that have become tourist attractors. In the exhibition you can see several photographs over the years of these eleven icons.

The Front Room Gallery is proud to present “Lost Utopias”, Jade Doskow’s decade-long photographic series documenting the remaining architecture of international World’s Fairs. These once iconic global attractions have left in their wake some of the most daring and unusual structures on the planet--- the Seattle Space Needle, Paris’s Eiffel Tower, Brussels’ Atomium, New York’s Unisphere---but often there was little planning for how these initially temporary spectacles would last into the future. In Doskow’s photographs, we experience how these provocative and grandiose sites exist now, whether tourist attraction, repurposed for less noble aspirations, or neglected and forgotten.

Doskow’s “Lost Utopias” encompasses a wide range of locales and architectural styles, including New York, Seattle, Montréal, Brussels, San Francisco, San Diego, St. Louis, Philadelphia, and San Antonio. Often Doskow will return to a site repeatedly with years in between shoots, revealing the changes, both subtle and sudden, which occur on a specific urban site over time. The revered mid-century architect Philip Johnson designed the New York State Pavilion in Queens, New York, for the 1964 World’s Fair. Following the close of the fair, the Pavilion served as a roller-skating rink and then a concert venue before falling into disrepair. Doskow photographed this unusual structure in 2007, 2013, and again in 2017.

The New York State Pavilion embodies the impossibility of many of the remaining world’s fair structures: designed by a famed architect, existing on the periphery of a major city, but without the necessary funds to keep the structure functional for contemporary uses.

Other images present sites that are not as well-known but especially surreal, such as Victorian washrooms in Philadelphia constructed for the 1876 Centennial Exposition and an overgrown, prizewinning Moreton Bay Fig Tree, planted for the 1915 Panama Pacific Exposition.

In “Seattle Science Center Arches at Night,” bone-white Neo-Gothic arches soar upward against an inky black sky, delicate Japanese-inspired lanterns illuminating the expanses. Through the arches one can glimpse the vertically striated façade of the Seattle Science Center, designed by the architect Minoru Yamasaki; this same façade would appear just a few years later in the form of the twin towers in New York. 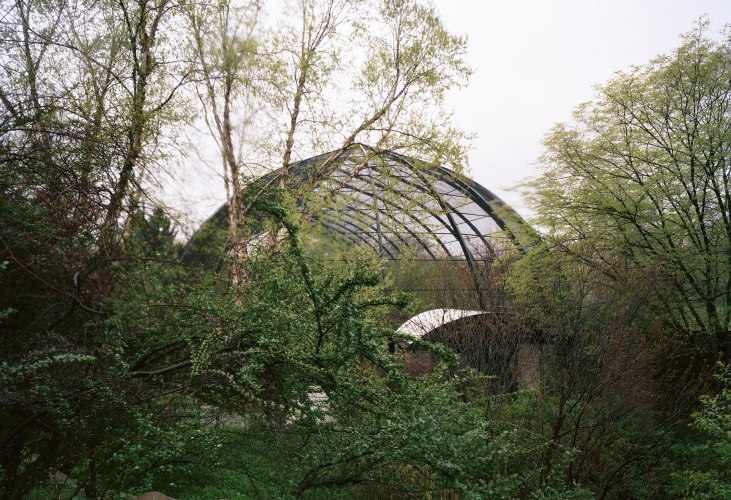 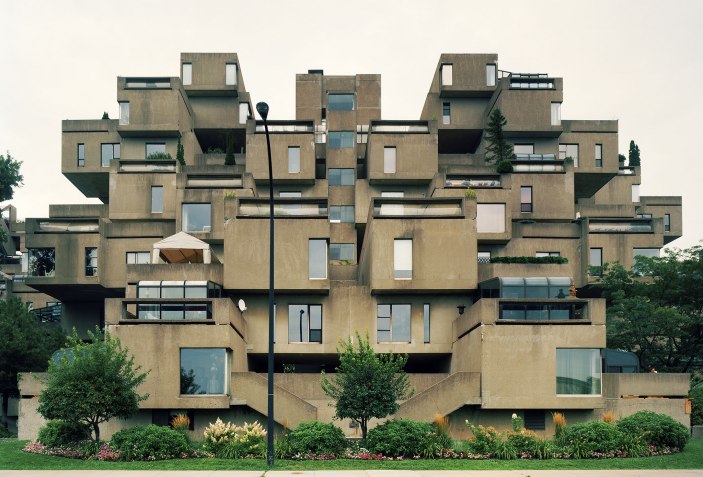 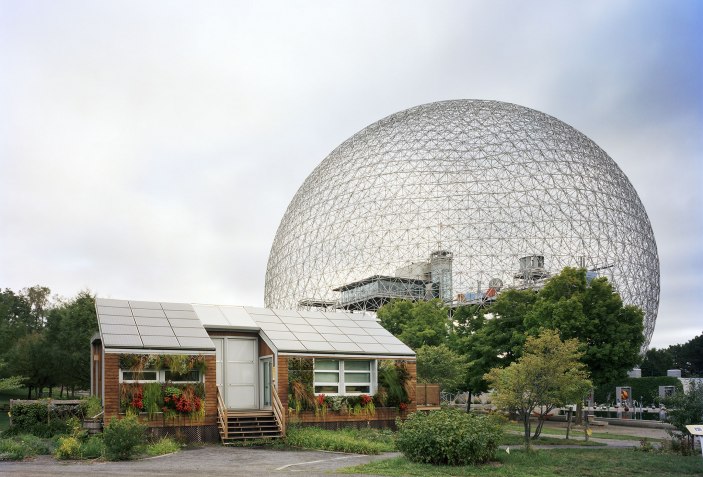 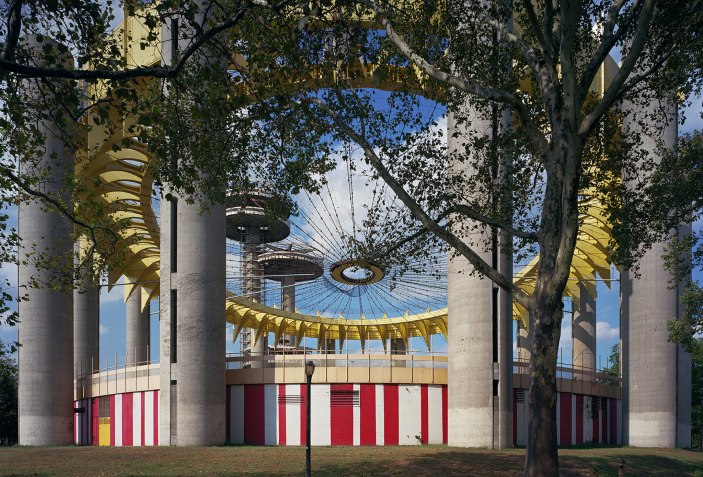 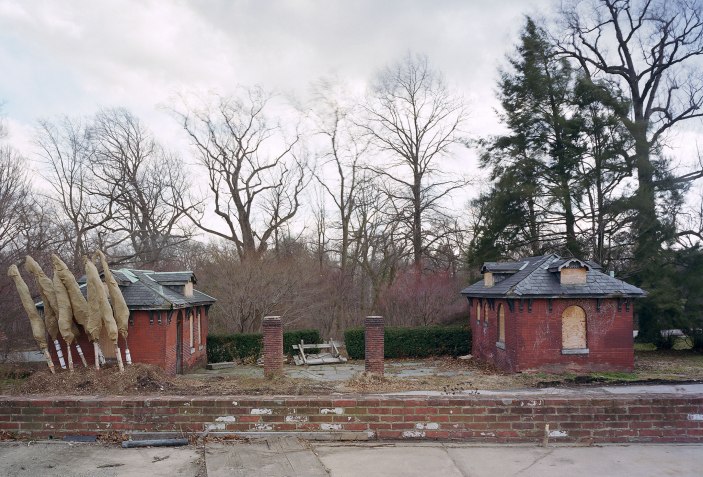 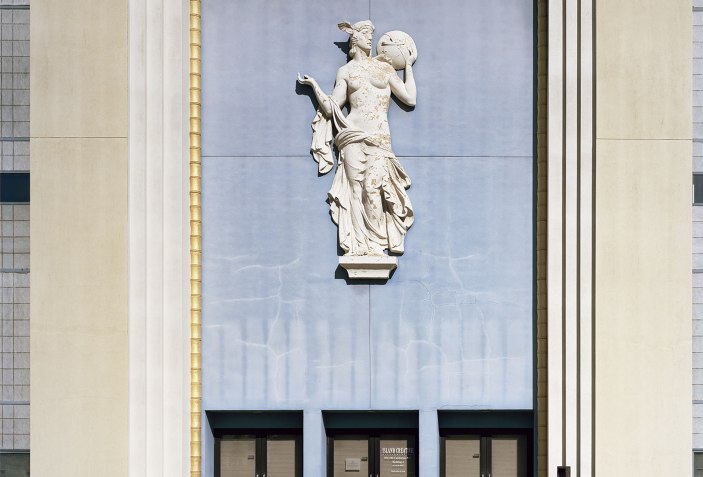 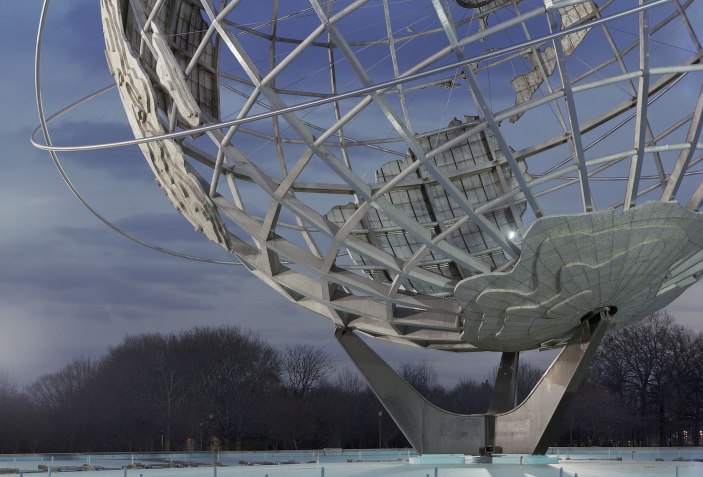 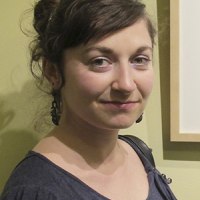 Jade Doskow (b. 1978, Pennsylvania) is an award-winning photographer based in Brooklyn, New York. She holds a BA in Philosophy of Art and Music from New York University's Gallatin School of Individualized Study and an MFA in Photography & Video from the School of Visual Arts. She is currently on the photography faculty of the School of Visual Arts and the International Center of Photography, and was named by American Photo as 'One to Watch' in 2013.Doskow's work has been exhibited internationally and focuses on the complex and often contradictory relationship between utopian architecture and the ever-changing environment around it, which she captures with a large-format 4x5 camera. Her work is held in numerous private collections. Doskow's Lost Utopias project has received press internationally and on the web, featured in American Photo, the New York Observer, NPR Picture Show, ArchDaily, and Wired, among others. 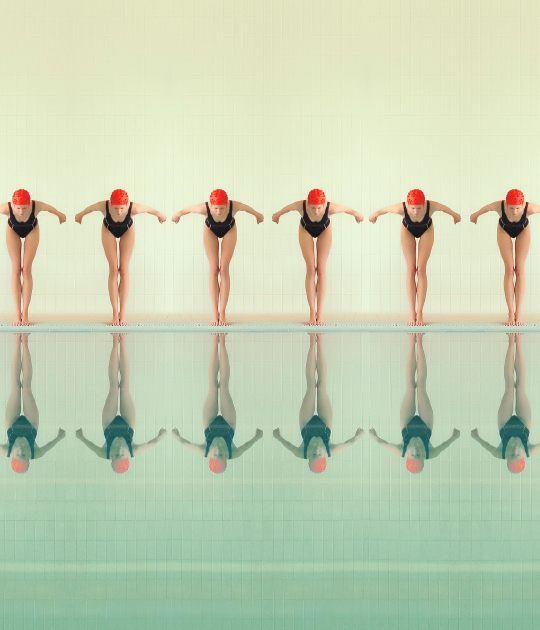 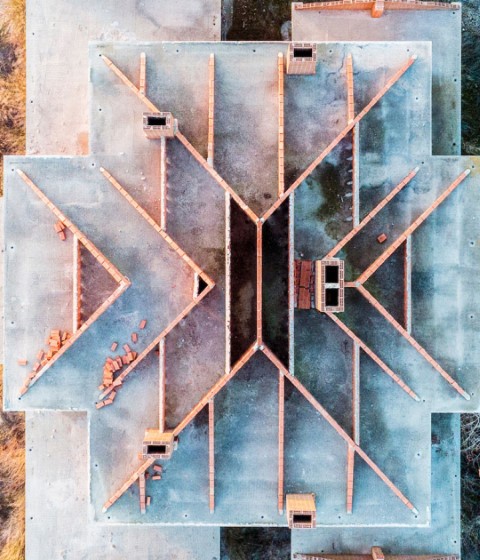 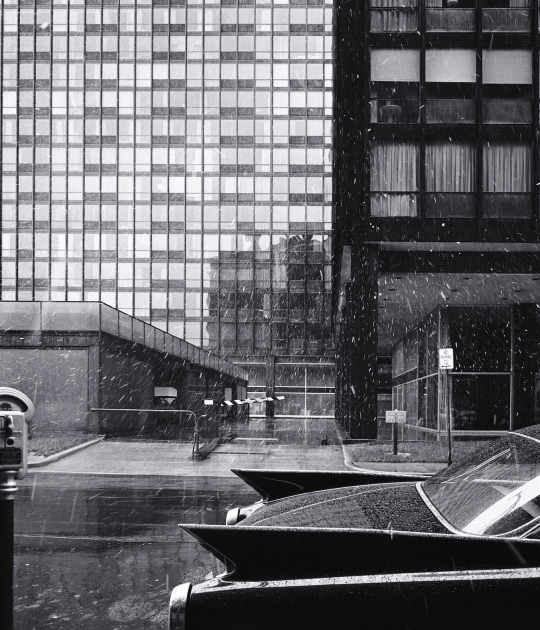 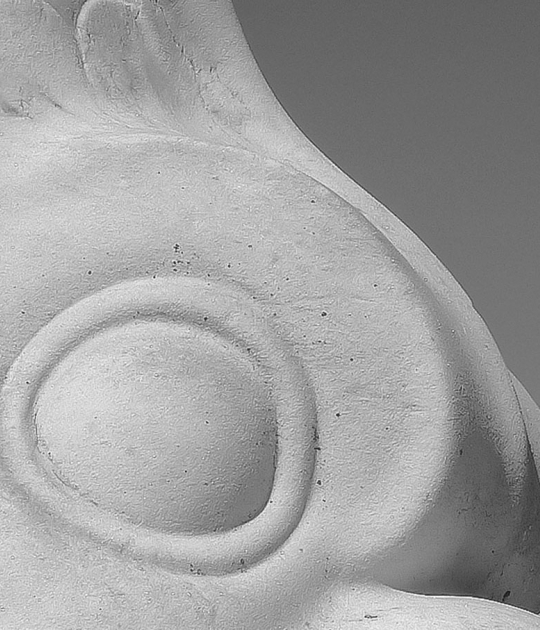 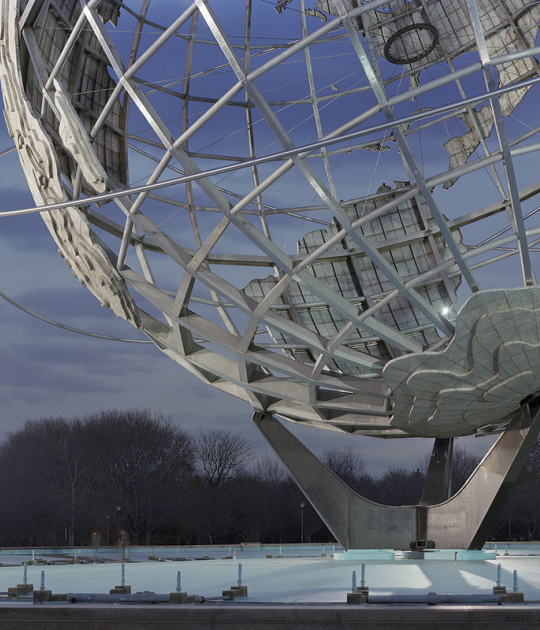