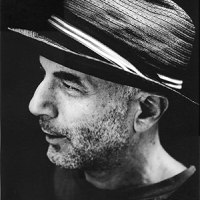 Ron Arad received his training from the Bezalel Academy of Art and Design, in Jerusalem, and the Architectural Association School of Architecture, in London. In 1981 he founded the One Off design and production studio with Caroline Thorman and in 1989 he created the Ron Arad architecture and design studio. He has also been Professor of Design Products at Royal College of Art in London from 1998 to 2009.

Ron Arad has exhibited his work at galleries and museums such as the Victoria and Albert Museum in London, Centre Georges Pompidou in París, MoMA (Museum of Modern Art) in New York and Barbican Art Gallery in London.