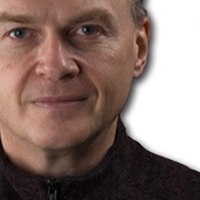 Philip Beesley is a professor in the School of Architecture at the University of Waterloo. A practitioner of architecture and digital media art, he was educated in visual art at Queen’s University, in technology at Humber College, and in architecture at the University of Toronto. At Waterloo he serves as Director for the Integrated Group for Visualization, Design and Manufacturing, and as Director for Riverside Architectural Press. He also holds the position of Examiner at University College London. His Toronto-based practice PBAI is an interdisciplinary design firm that combines public buildings with exhibition design, stage and lighting projects. The studio’s methods incorporate industrial design, digital prototyping, and mechatronics engineering. Philip Beesley’s work is widely cited in the rapidly expanding technology of responsive architecture. He has authored and edited eight books and appeared on the cover of Artificial Life (MIT), LEONARDO and AD journals. Features include national CBC news, Casa Vogue, WIRED, and a series of TED talks. His work was selected to represent Canada at the 2010 Venice Biennale for Architecture, and he has been recognized by the Prix de Rome in Architecture, VIDA 11.0, FEIDAD, two Governor General’s Awards and as a Katerva finalist. Beesley’s funding includes core CFI, SSHRC, NSERC and Canada Council for the Arts grants.