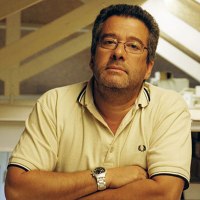 Carlos Castanheira was born in Lisbon in June 1957. Graduated in Architecture from the Porto School of Fine Arts (1976-1981), he lived in Amsterdam from 1981 to 1990, where he worked as an architect and studied at the Academie Voor Bouwkunst Van Amsterdam.

In 1993 he founded the studio Carlos Castanheira & Clara Bastai, Arquitectos Lda. with Architect Maria Clara Bastai. Working mainly in the private sector, she has served as a jury in competition panels, participated in conferences, participated in the creation of architectural education courses and workshops, curated and organized exhibitions, and edited and published books and catalogues.

Since he was a student he has collaborated with the architect Álvaro Siza in several projects in Portugal but, above all, abroad.
2005.– National Prize for Architecture in Timber – AIMMP with the project “Avenal House,” Ul Oliveira de Azeméis, Portugal.

2015.– Awarded by the Internacional Archdaily  in the category: “Office building of the year 2015”, with the “Building on the Water- Shihlien Chemical”, with Architect Alvaro Siza, Jiangsu, China.

2016.– Selected for the Archmarathon Awards with Álvaro Siza, with the project “Building on the Water- Shihlien Chemical”, Jiangsu, China.

2016.– One of the seven finalists projects , in Prizes of the Archdaily Platform, in the category of “Sport Building”,  with the “Equestrian  Center” in, Cabo do Mundo, Leça da Palmeira, Matosinhos.