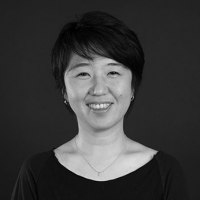 Momoyo Kaijima (b.1961, Tokyo) graduated from the Faculty of Domestic Science at Japan Women’s University in 1991. She founded Atelier Bow-Wow with Yoshiharu Tsukamoto in 1992. In 1994 she received her post-graduate degree from the Tokyo Institute of Technology. During 1996-1997 she was a guest student with scholarship from Switzerland at Swiss Federal Institute of Technology, Zurich (ETHZ).

In 2000 she completed her post-graduate program at the Tokyo Institute of Technology. She served as an assistant professor at the Art and Design School of the University of Tsukuba during 2000-2009, and continued to teach there as an associate professor. In 2012 she received the RIBA International Fellowship.

From 2017 she has been serving as a Professor of Architectural Behaviorology at ETHZ. Taught as a visiting professor at the Department of Architecture at Harvard GSD (2003, 2016), guest professor at ETHZ (2005-07), as well as at the Royal Danish Academy of Fine Arts (2011-12), Rice University (2014 -15), Delft University of Technology (2015 -16), and Columbia University (2017). While engaging in design projects for houses, public buildings and station plazas, she has conducted numerous investigations of the city through architecture such as Made in Tokyo and Pet Architecture.