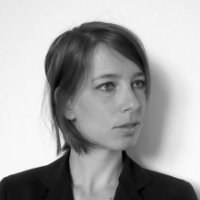 MAKS is a Rotterdam based studio for architectural designs, strategies and research. It was founded by Marieke Kums in 2009. With an international network of collaborators, the studio is involved in building design and realization and urban planning.

The studio develops projects that engage culture and consciousness, nature and artificiality, surrealism and pragmatism. MAKS strives to go beyond conventional values and scales, as the range of people’s awareness is ever expanding in an age where it’s possible to find out about almost anything in the world in an instant. MAKS’s projects vary from small art installations, to concept studies for the Dutch Museum of National History and renewal projects in the Netherlands and abroad.

Marieke has been invited as a lecturer and guest critic at several universities around the world, such as Academy of Architecture in Amsterdam, the American University of Sharjah, the Yokohama GSA, Princeton, Harvard GSD and the University of Cluj in Romania. She is currently teaching at Delft University of Technology.

Marieke is a founding member of UNION3: an international research and design group focused on the problematic of renewal in European cities.