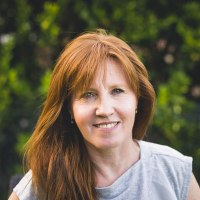 Mariel Suárez, in 1991, obtained her degree in architecture at the Faculty of Architecture, Planning and Design. National University of Rosario.

From 1993 to 2002, it is contracted by the Planning Secretariat, Municipality of Rosario, office: General Direction of the Master Plan as a member of the technical team. In 1998 he collaborated in the study of Architect Alvaro Siza Vieira in Porto / Portugal, sent by the Planning Department of the Municipality of Rosario to work on the development of the preliminary project and executive project of the Southern District Municipal Center.

From 1999 to 2008 it is associated in some works with the arch. Rafael Church. From 1994 to date he develops projects and execution of private and public works as an independent professional.