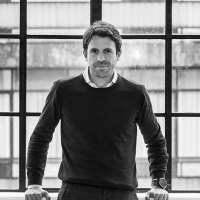 PPAA. Architecture studio located in Mexico City was founded by Pablo Pérez Palacios in 2018. The practice is driven by an architecture of ideas over the architecture of forms. We conceive architecture as an open medium and message, one that is constantly put to test, by the multiple relations that are in its surroundings. They follow an inclination for nature, where the weather, soil, textures, and other factors—along with the gradients in each factor—create a sensorial atmosphere. They like to think that the way they have of understanding architecture implies that work cannot be done without considering both communal and personal intentions. Therefore, our conception of architecture is based on an understanding of the body and the relationship everyone establishes with their surroundings. Taking this into account, each project seeks to be an extension or support of our experience, personal as well as spatial.

They believe that this can be summed up in the architectural rehearsal, which is the way that modern architecture should be understood. The architectural rehearsal is a vehicle for approaching themselves; the more they rehearse, the more they understand themselves. Furthermore, for architecture to be capable of conveying an idea or intention, it has to speak of the individual, or the sum of individuals, and the way they relate to their environment, on both a sensorial and emotional level.

In 2018, he started PPAA Pérez Palacios Arquitectos Asociados, an architecture studio located in Mexico City that defines itself as an independent professional practice concentrated on architecture, art, urban, and interior design. PPAA seeks an architecture of ideas over forms.

The studio is constantly participating in several competitions, and its work has been published worldwide. It was shortlisted as finalist in Concurso Papalote Museo del Niño Iztapalapa (Mexico City, 2015); and, with the project Cerrada Reforma 108, it received the silver medal in the category of “Single Family Home” at the A’Design Award 2013 and the silver medal in the category of “Vivienda Unifamiliar,” with the project Cerrada Reforma 108 at the Bienal de Arquitectura de la Ciudad de México 2013. In addition, Pablo has collaborated with contemporary visual artists such as Rita Ponce de León and Abraham Cruzvillegas.