Next Friday, 03/04/2010 at 10:00 in ETS Architecture and Geodesy will the presence of Camilo Jose Vergara, a photographer and sociologist, whose interesting work has focused on documenting the Ghetto (North) American.

Titled "American Slum areas, " Vergara will present his work on the new American ghettos have emerged with the decline of the industrial cities of the United States, collected in the book "The New American Ghetto. "In addition to exposing your photographs, the conference will address the role of photography as an instrument of observation and analysis of urban reality.

Camilo Jose Vergara (born Chile 1944), is a renowned photographer and documentarian of New York. Since 1980 he has applied the technique of retrofotografia a series of American cities (New York, Chicago, Los Angeles, Detroit, Camden, etc.). A graduate in sociology who specializes in urban planning (Columbia University) Vergara began photographing the decline of the industrial cities of America with his sensitive and humanistic vision acid in the early seventies. It is well-known author of books like "The New American Ghetto, " "American Ruins", "Twin Towers Remembered", etc. and has been awarded the Robert Park of the American Sociological Association and the "genius grant" from the MacArthur Foundation. His photographs are and have been exhibited in many museums in the United States (Smithsonian Institution, National Building Museum, Cooper Hewitt, Municipal Arts Society of New York, etc.) and illustrate stories or Slate magazine Granta.

This is a unique opportunity to see the work of the photographer, which you can find more information below: 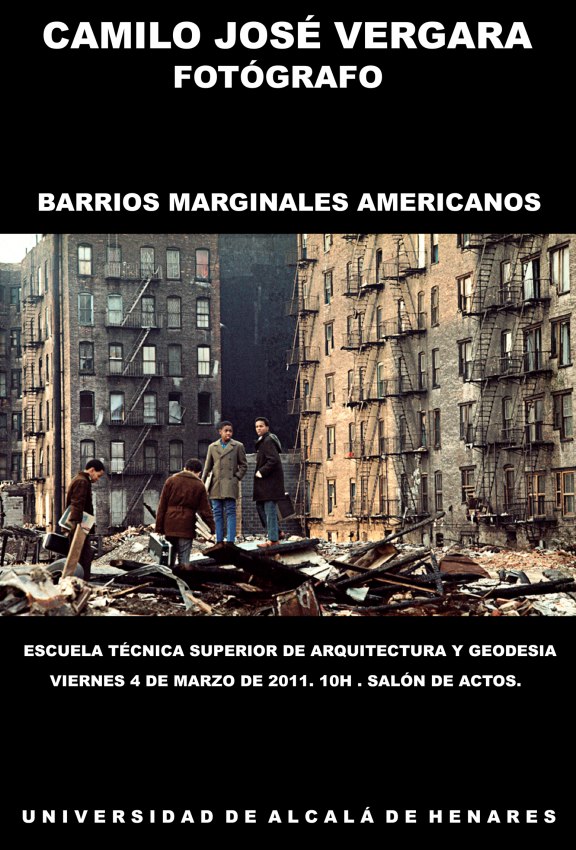