The National Builiding Museum was the first building I met when I was invited to Washington in 1994, 40 architects under 40 years worldwide. It is a very classical and historical building, in reality rather than its image, by the events that took place and that they are still celebrating, every year. During these months, until June, in its interior there is an exhibition about 1930 International Fairs. Since that Rem Koolhaas talked about it in Delirious New York, the architectural world always have more interest.

Designing Tomorrow celebrates the influence and impact of these international expositions. Offering an overview of the fairs and detailed discussions of individual works, distinguished authors examine how designers reconciled radical “European” Modern style with American tradition. Works by Edward H. Bennet, Gilbert Rohde, George Keck, Richard Neutra, and others illuminate the ways in which Modernism became an integral component of the vocabulary of American design.  Additional essays highlight the visual power of these expositions, featuring rare artifacts and photographs of objects including models and plans for “the houses and cities of tomorrow,” streamlined trains, modern furnishings, and the first televisions.

Between 1933 and 1940 tens of millions of Americans visited world's fairs in cities across the nation. Designing Tomorrow explores the modernist spectacles of architecture and design they witnessed -- visions of a brighter future during the worst economic crisis the United States had known. The fairs popularized modern design for the American public and promoted the idea of science and consumerism as salvation from the Great Depression.

Participating architects, eager for new projects at a time when few new buildings were being financed, populated the fairgrounds with an eclectic modern architecture. Pavilions housed innovative and dynamic exhibitions that paid tribute to factory production, technology, and speed.  Exhibits forecasted the houses and cities of tomorrow and presented streamlined trains, modern furnishings, television, and talking robots. 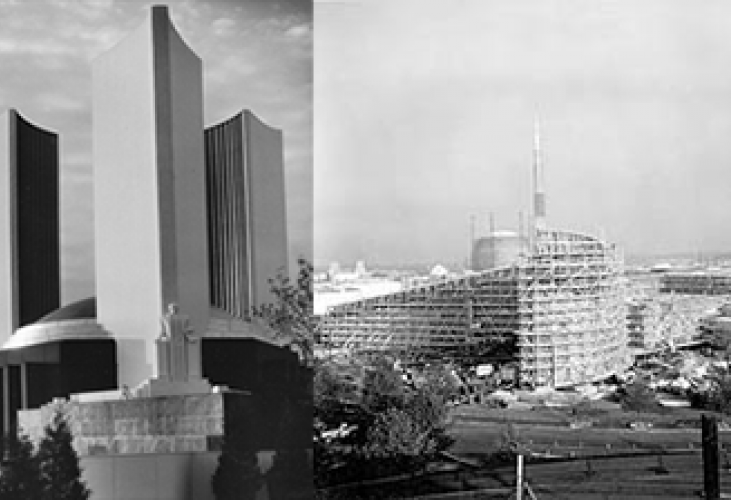 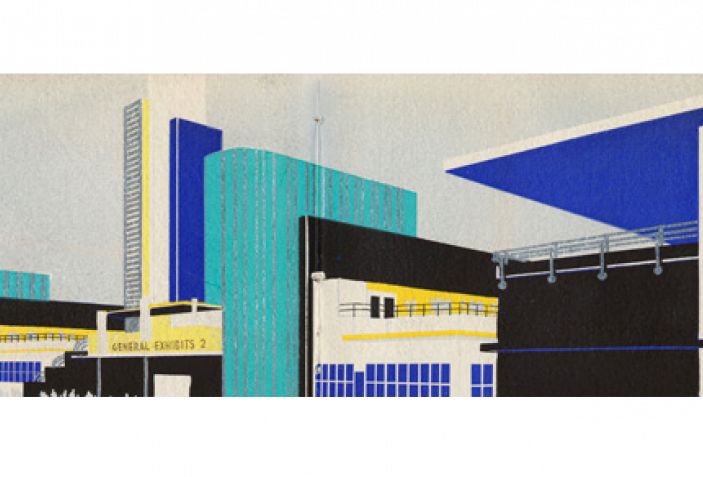