The radiofrequency spectrum is at the heart of telecommunications, used by police, emergency personnel and public transport services, as well as the armed forces. Every day, this spectrum ensures the proper functioning of mobile phones and wireless devices. Seen as an essential resource by some and as a health hazard by others, the electromagnetic fields generated by radiofrequency spectrum activity have multiplied exponentially since humans first learned to harness electricity. 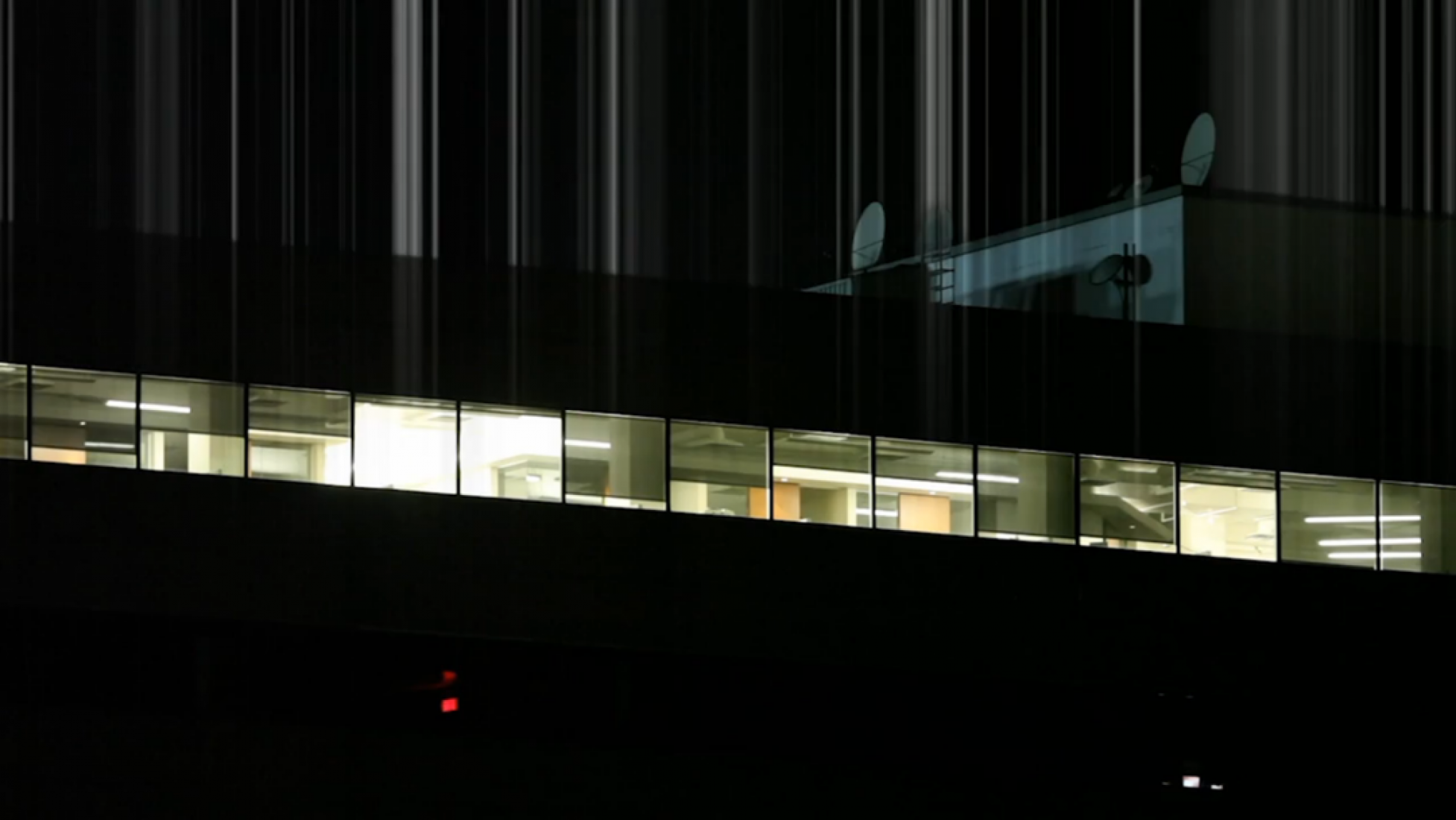 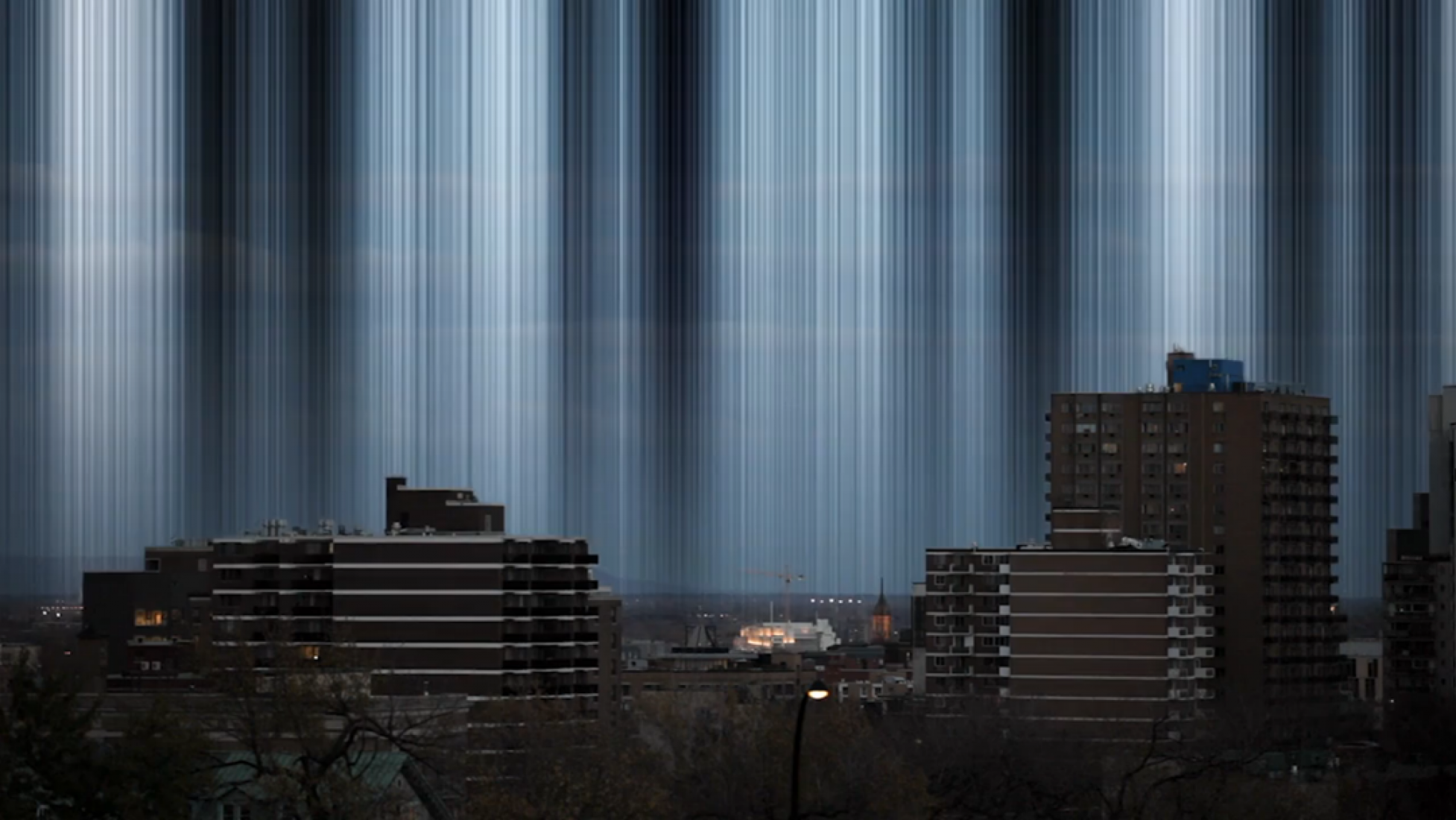 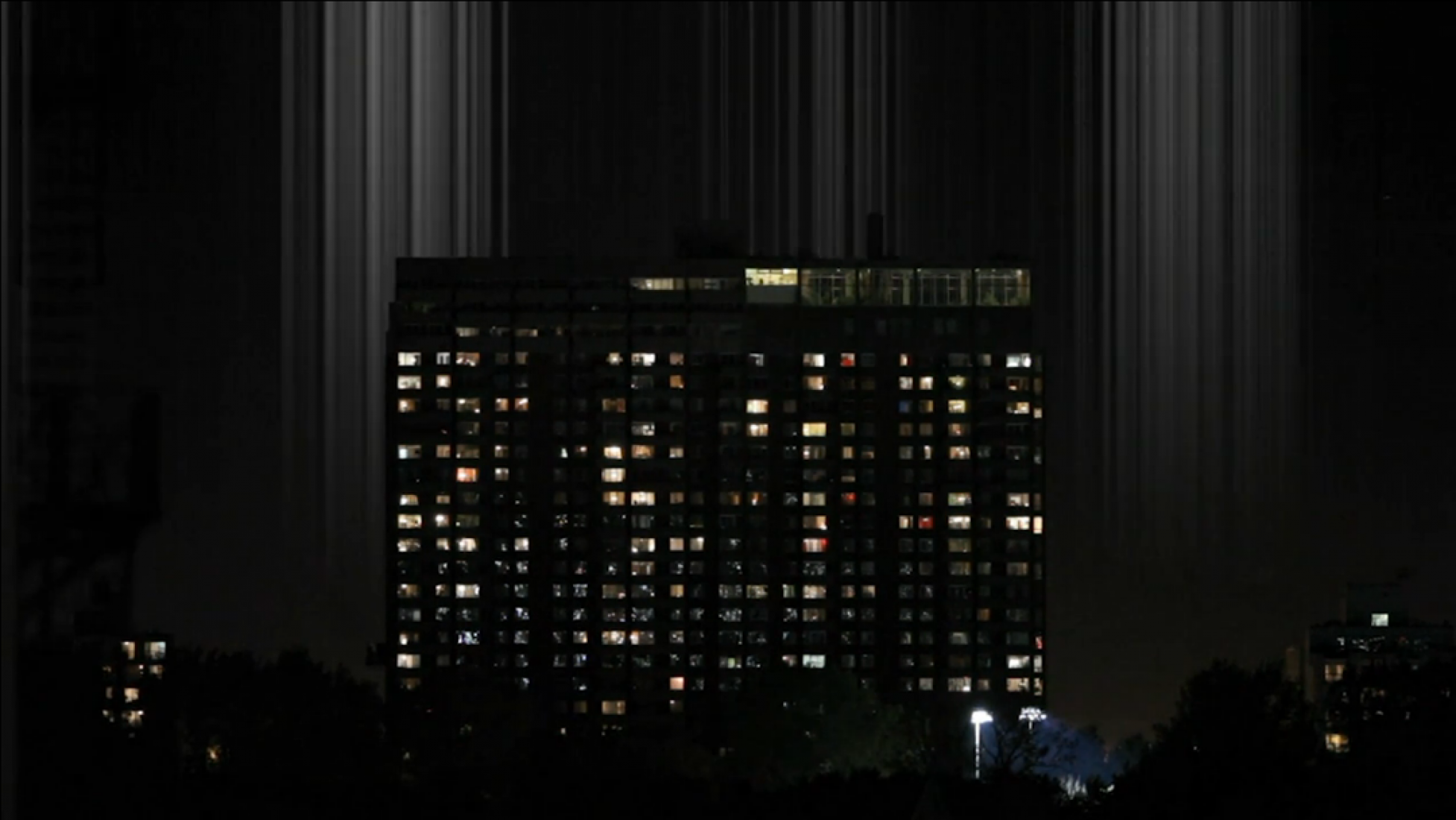 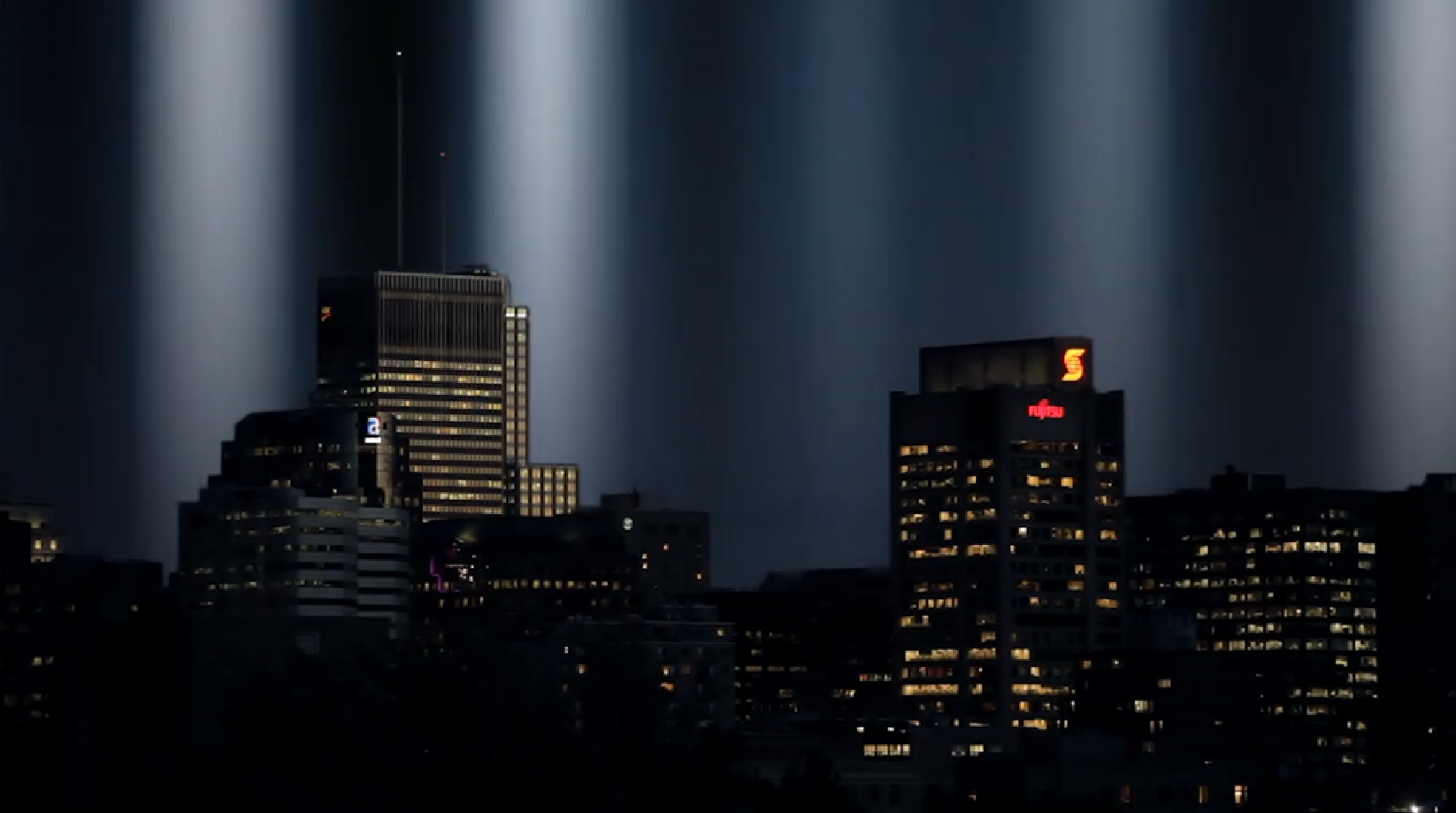 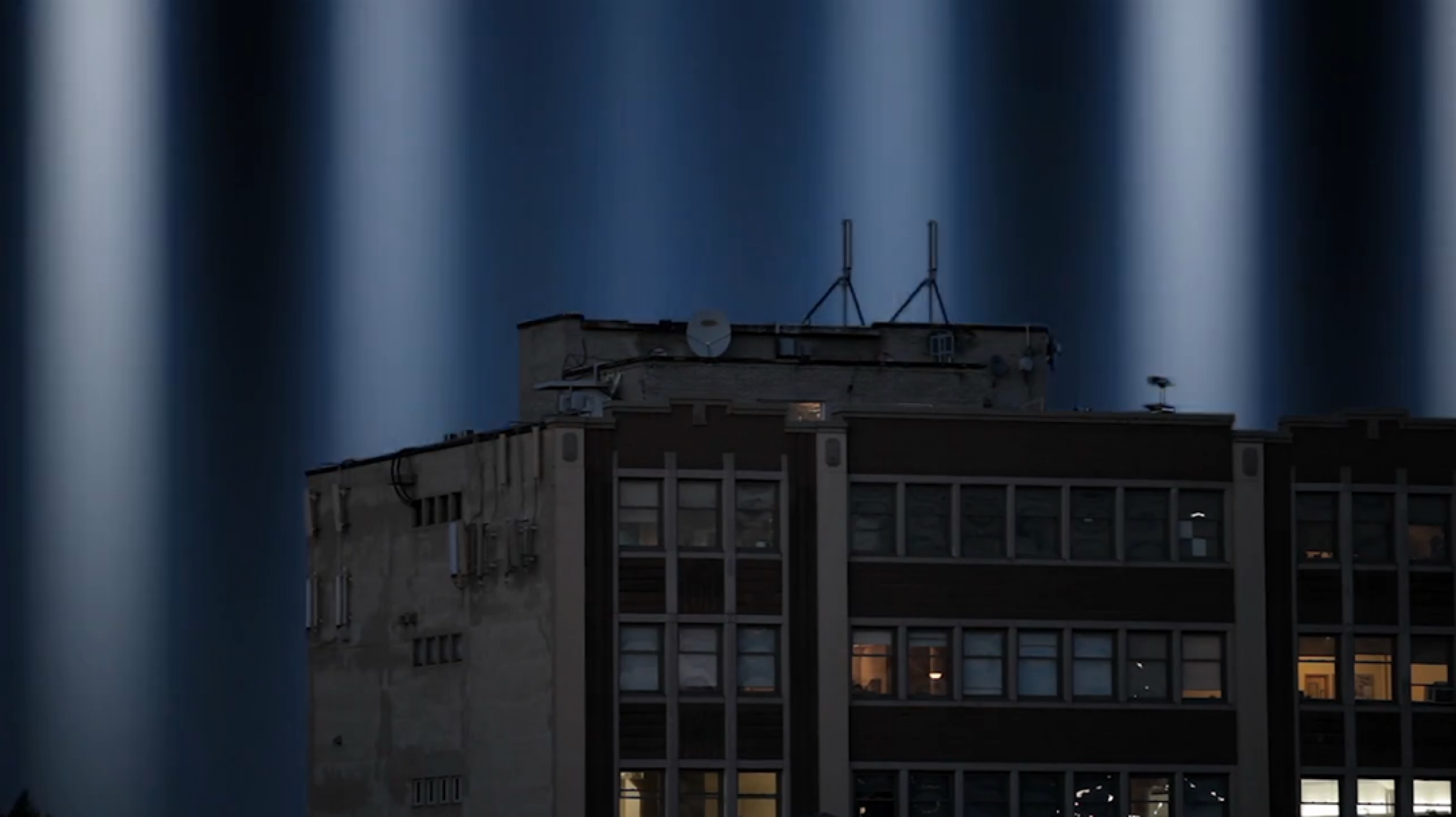 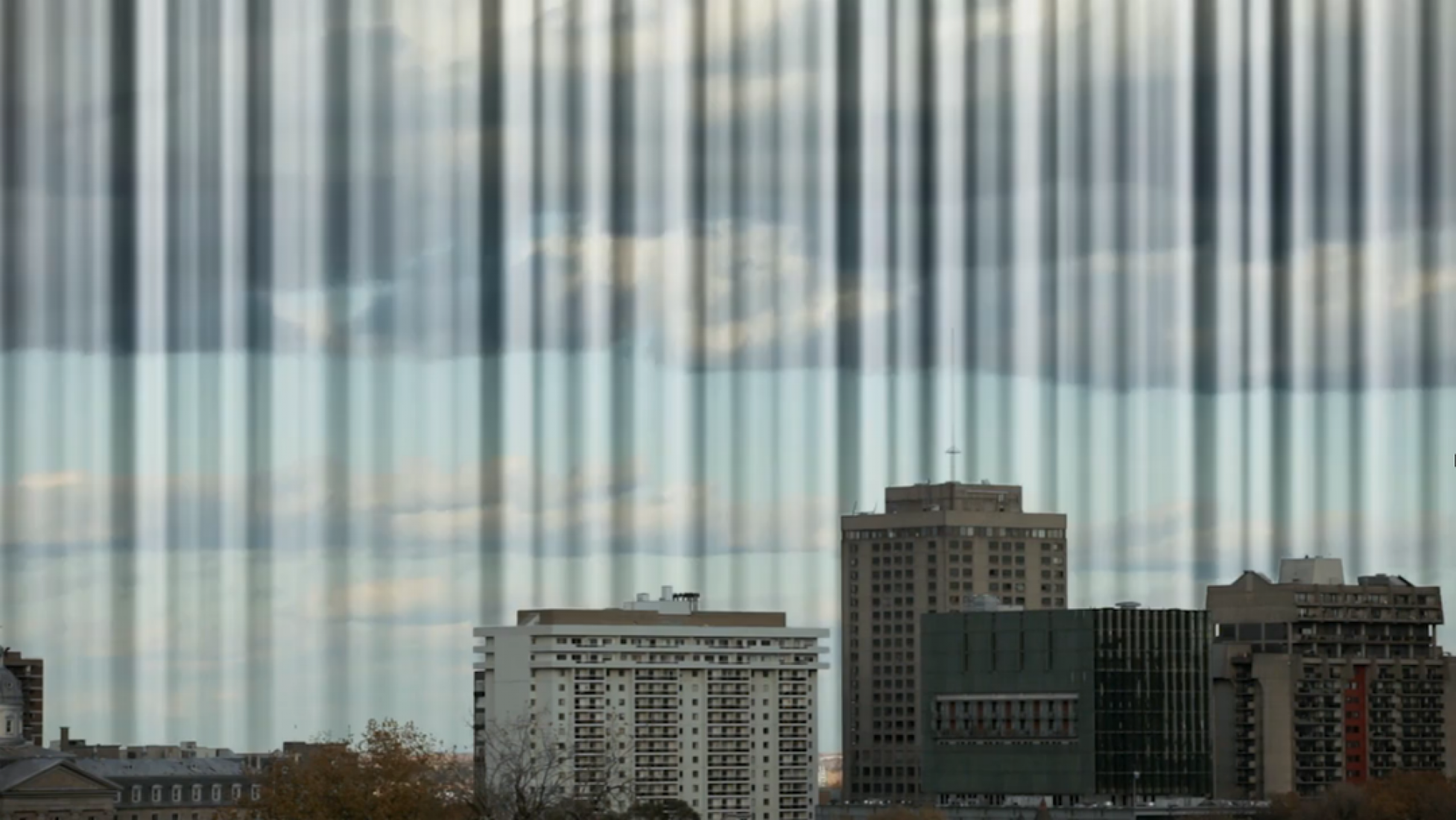 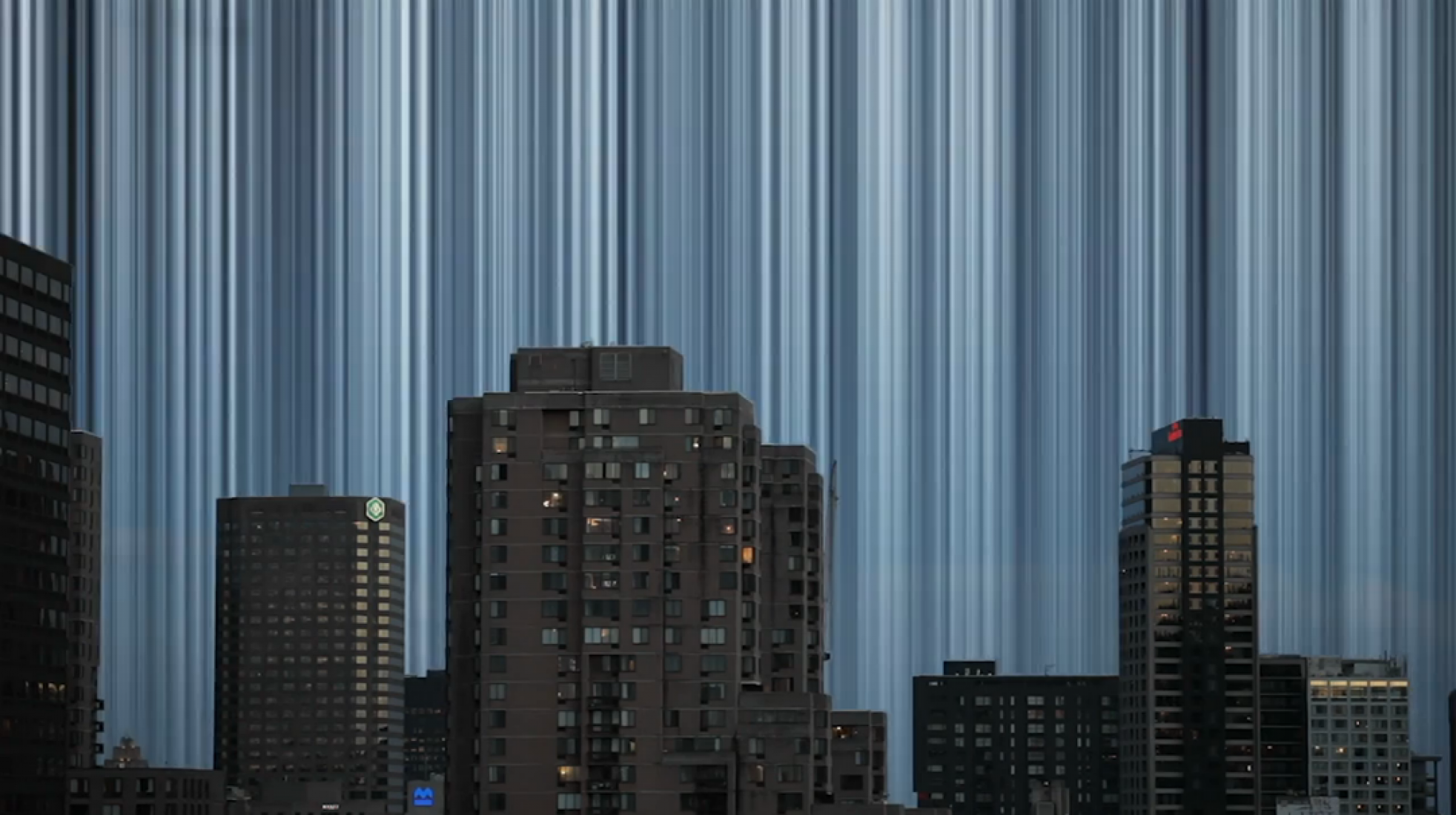 In his Electrosmog series, Jean-Pierre Aubé searches out ambient radio frequency activity in the urban landscape of Montréal, which for Aubé forms a singular territory, characterized by its density in the city and by the political and economic issues that accompany it.

Equipped with a radio, an antenna, and home-made software, the artist sweeps the titular spectrum of radio frequencies. Every tenth of a second, the device takes a snapshot of its readings – a measure of electromagnetic activity on a specific frequency. This information is then paired with images of Montréal, digitally altered by these same measurements, to create a “documentary in sound” of the city’s spaces.

Montréal, well-known to the artist after years of radiofrequency experiments here, is the eighth city in which Aubé has measured and visually presented this urban Electrosmog. 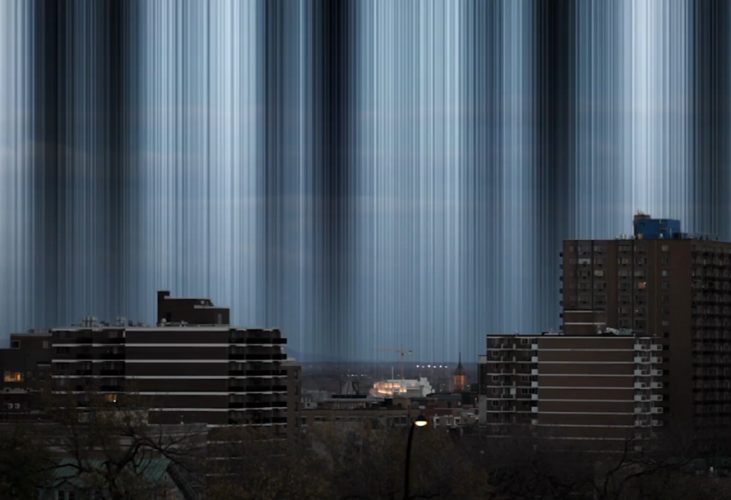 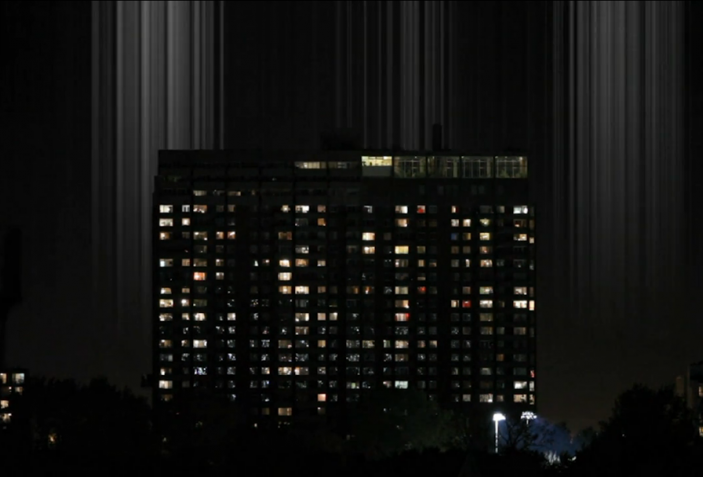 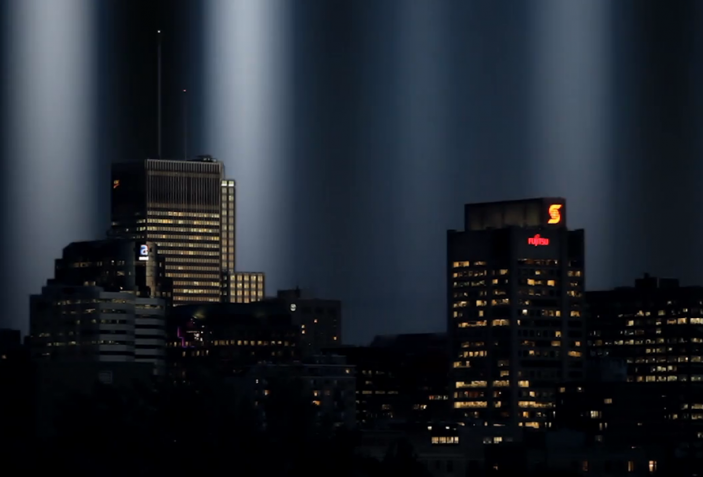 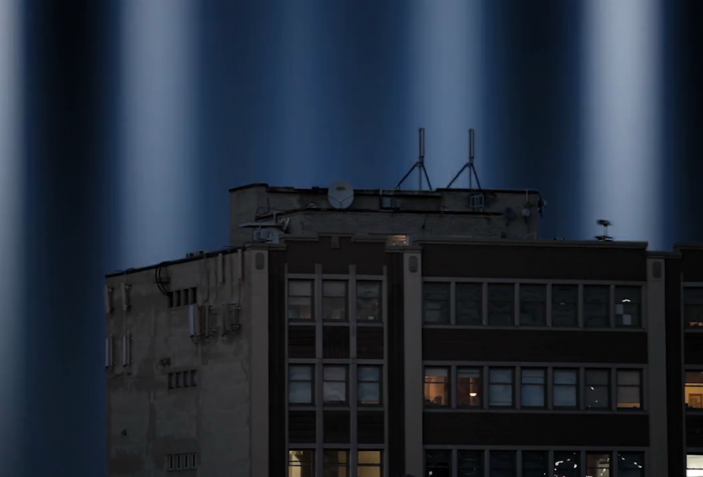 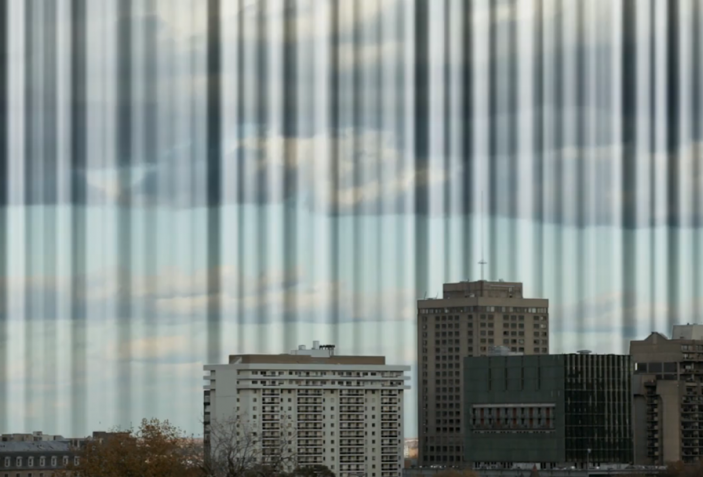 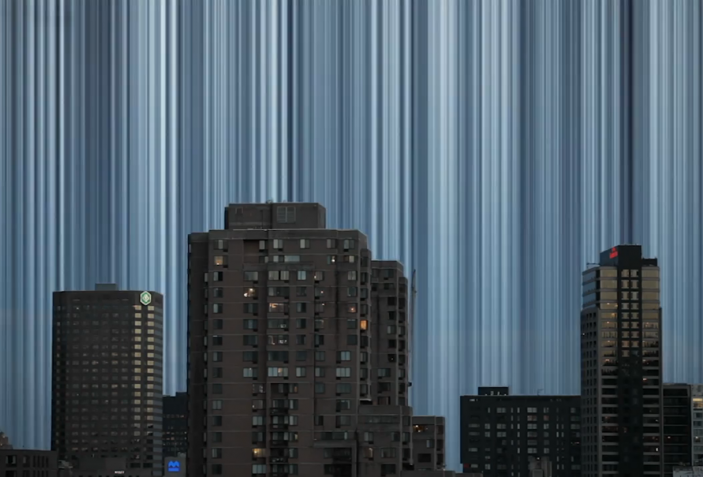