Giuseppe Arcimboldo (Milan, 1526-1593) was championed as a forerunner of the Surrealists and Dadaists. Continuing with the model of exhibitions such as those held on Giandomenico Tiepolo in 2012 and 17th Century Flemish and Dutch Still Lifes in 2013, this is a small-format exhibition with few but exquisite works and a very care installation. 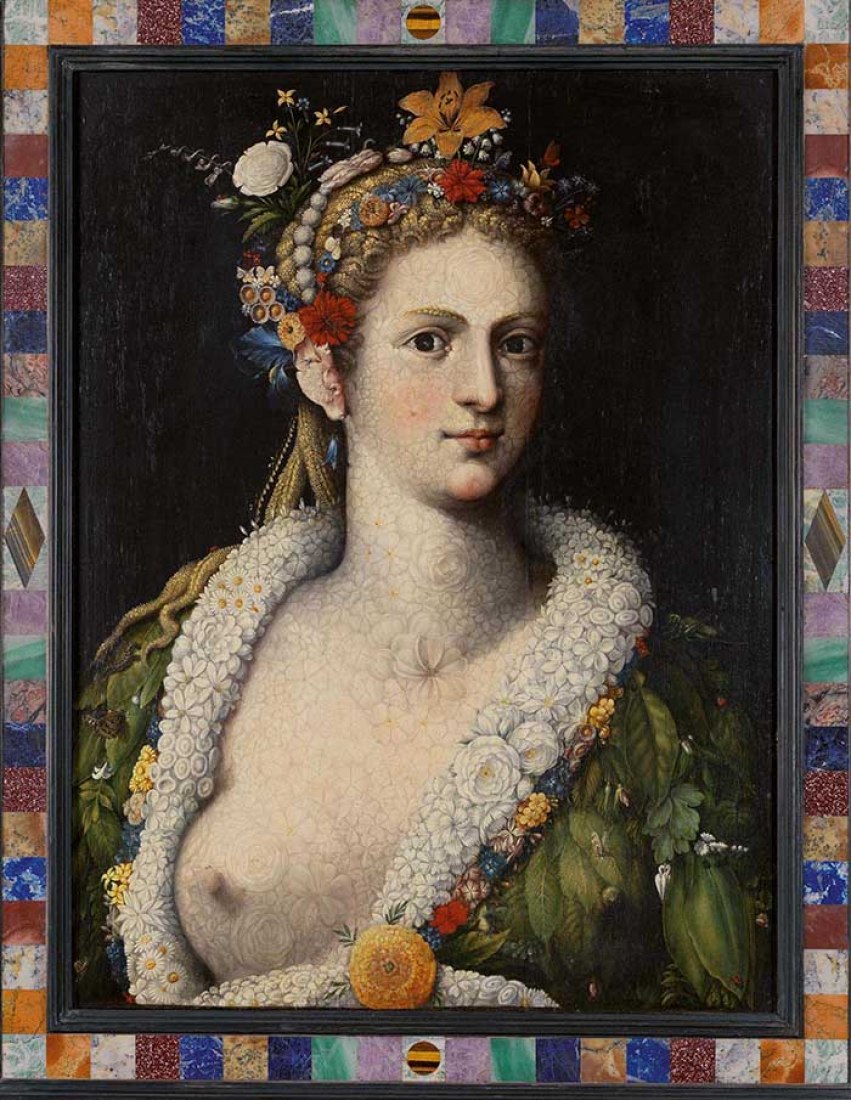 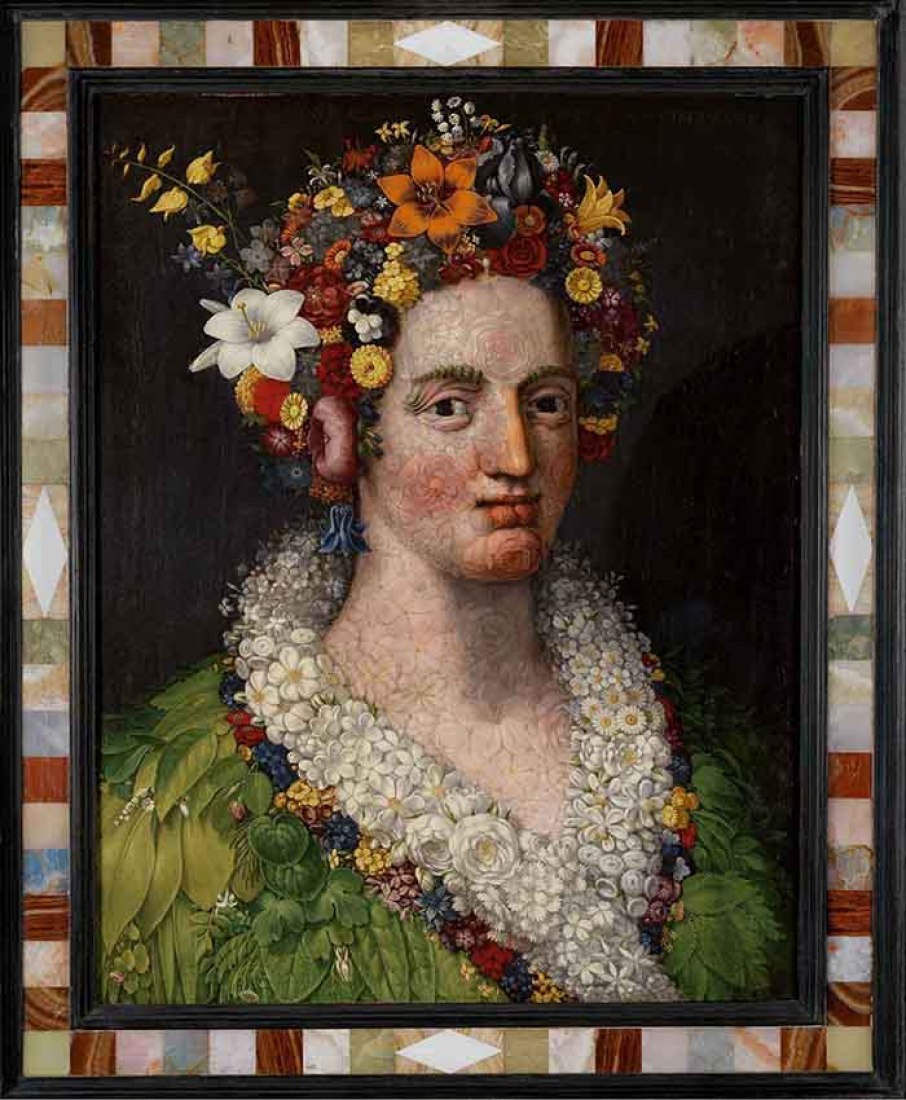 The works on show are Flora and Flora meretrix, two magnificent oils on panel painted by Giuseppe Arcimboldo (Milan, 1526-1593), one dating from 1589 and the other from around 1590, from private collections and first public display. They are two examples of the so-called teste composte, or "composite heads", painted by Arcimboldo with the exceptional virtuosity of a miniaturist and one possessed of a detailed scientific knowledge of flora and fauna. The artist created these two heads and busts from flowers, small animals and other natural elements, carefully chosen and relating to the subject depicted but recognisable only when seen close up.

The imagination and ingeniousness that characterise the work of Arcimboldo fascinated his contemporaries but after his death Arcimboldo's work fell into an obscurity from which it was rescued only in the 1930s when Alfred H. Barr Jr, the founder and first director of the MoMA in New York, championed him as a forerunner of the Surrealists and Dadaists and showed his work alongside theirs in the celebrated exhibition Fantastic Art, Dada, Surrealism (1936-37). Since then, art historians and experts have rediscovered Arcimboldo's highly individual style, elevating him to the rank of one of the great sixteenth-century artists.

The Fundación Juan March counts in this occasion with the special collaboration of Miguel Falomir, Head of the Department of Italian and French Painting (up to 1700) at the Museo Nacional del Prado and author of the principal essay of the catalogue that accompanies this exhibition. Lynn Roberts and Paul Mitchell sign the second text about the frames of these paintings. 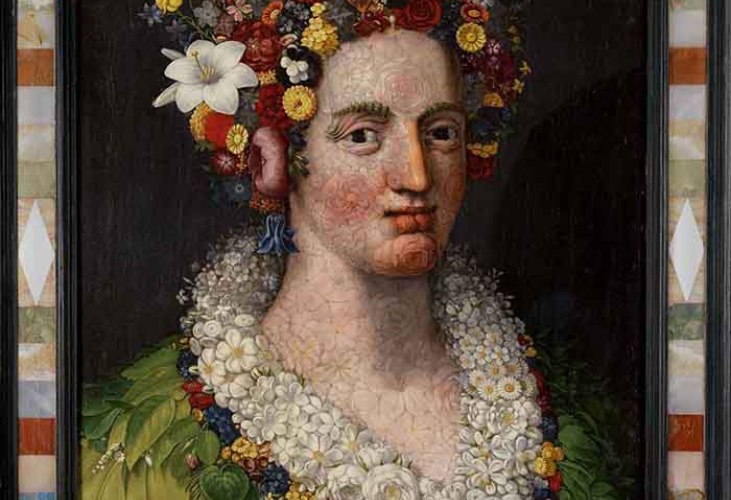 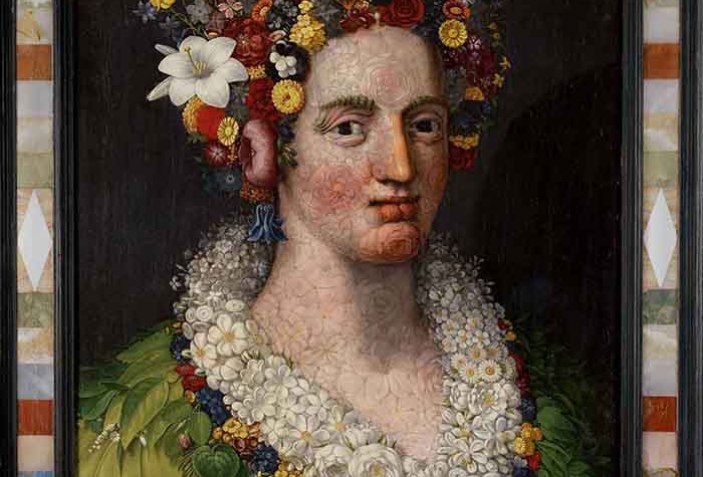