The Reina Sofia Museum (Madrid), presents the exhibition Habla from the artist Sharon Hayes curated by Lynne Cooke. The exhibition begins on May 30th and ends on September 24th. 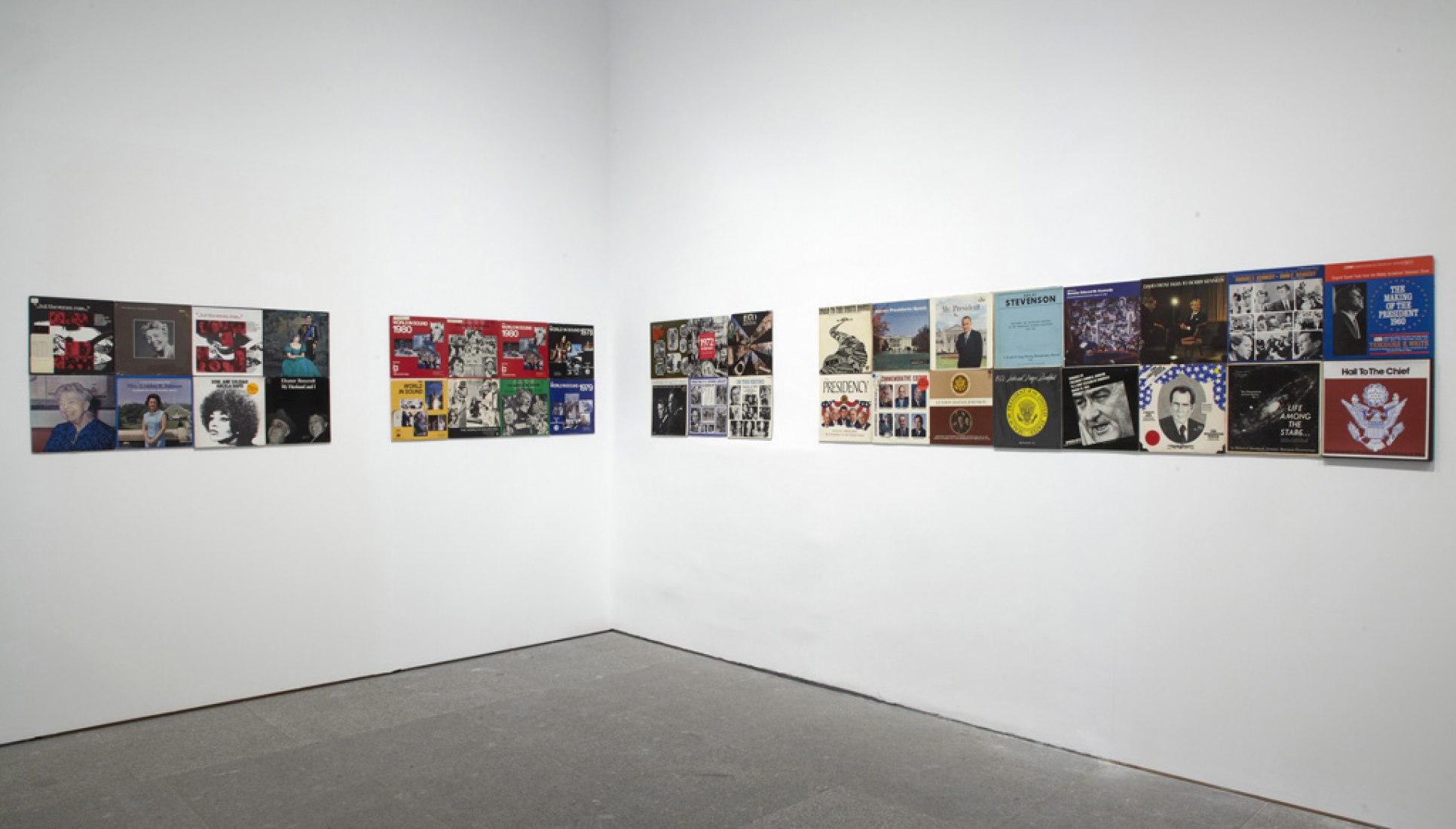 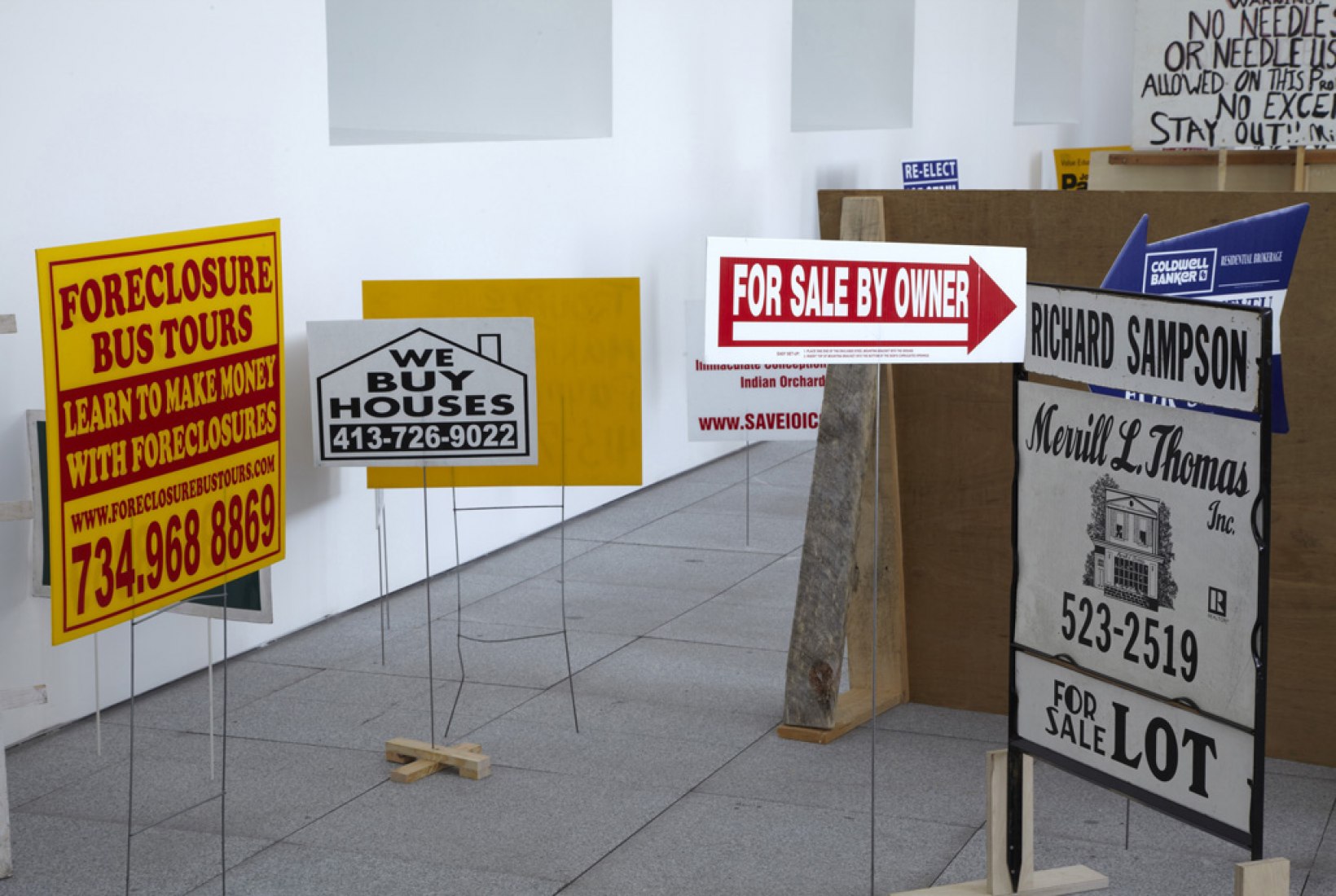 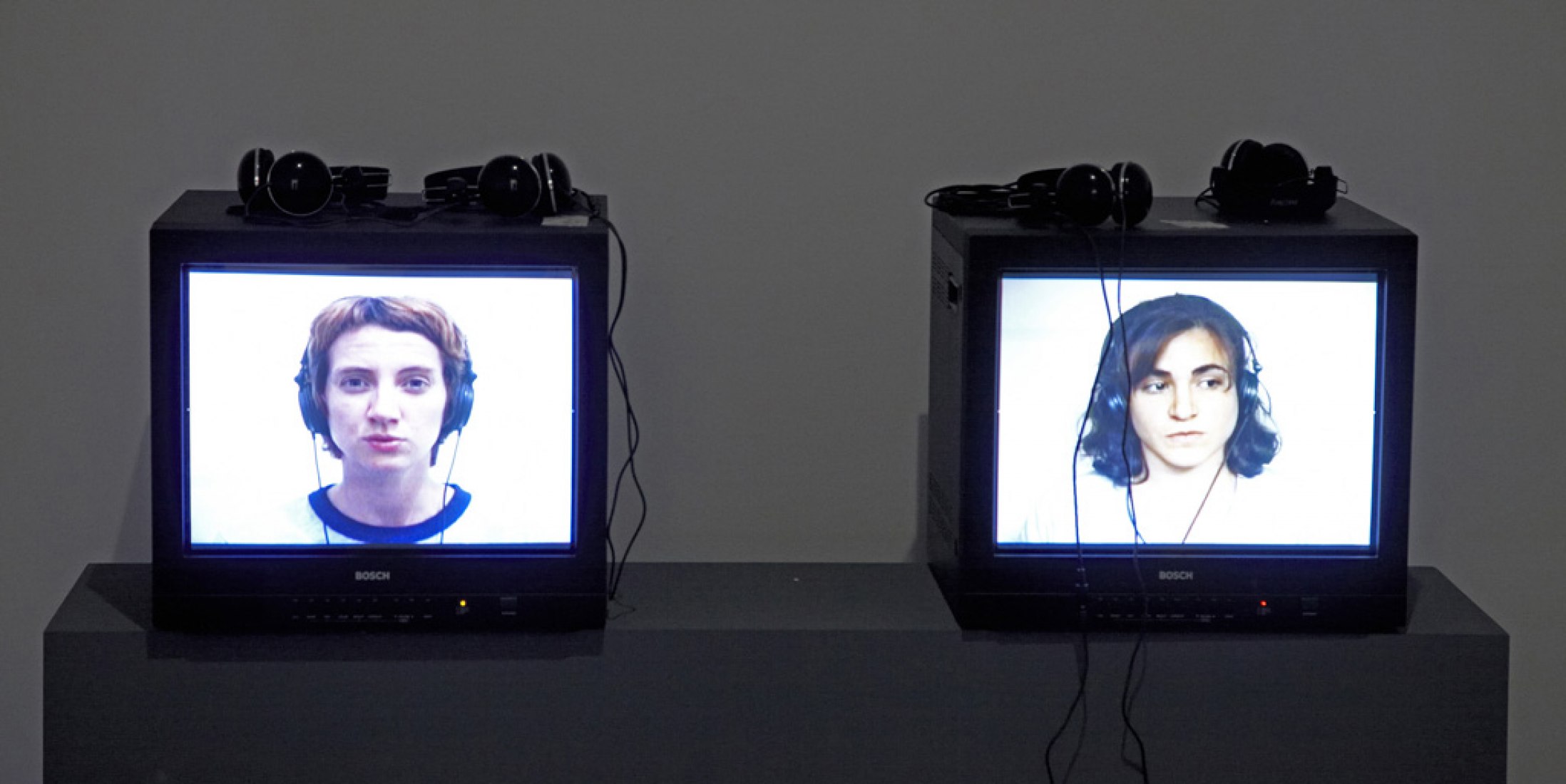 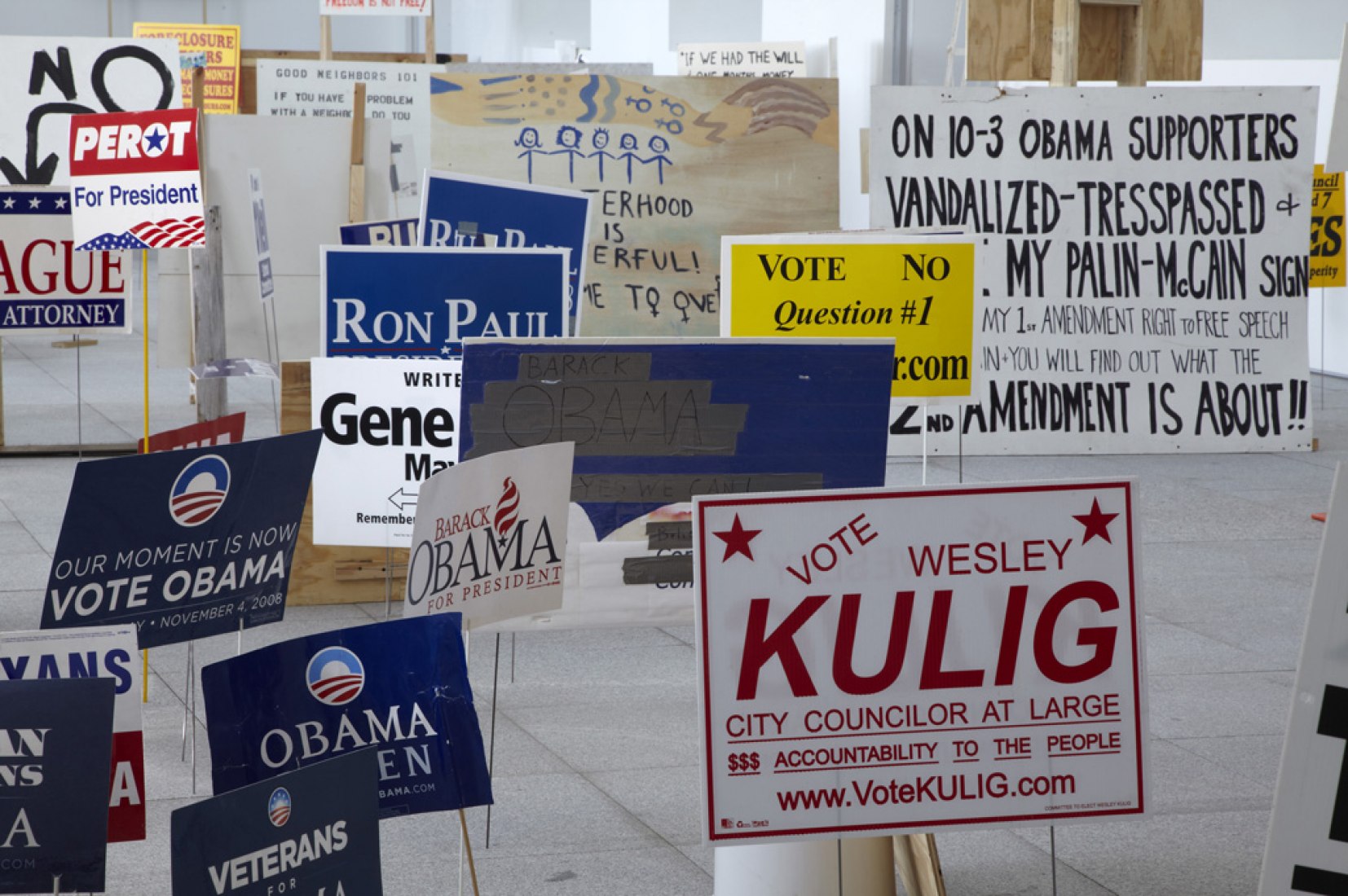 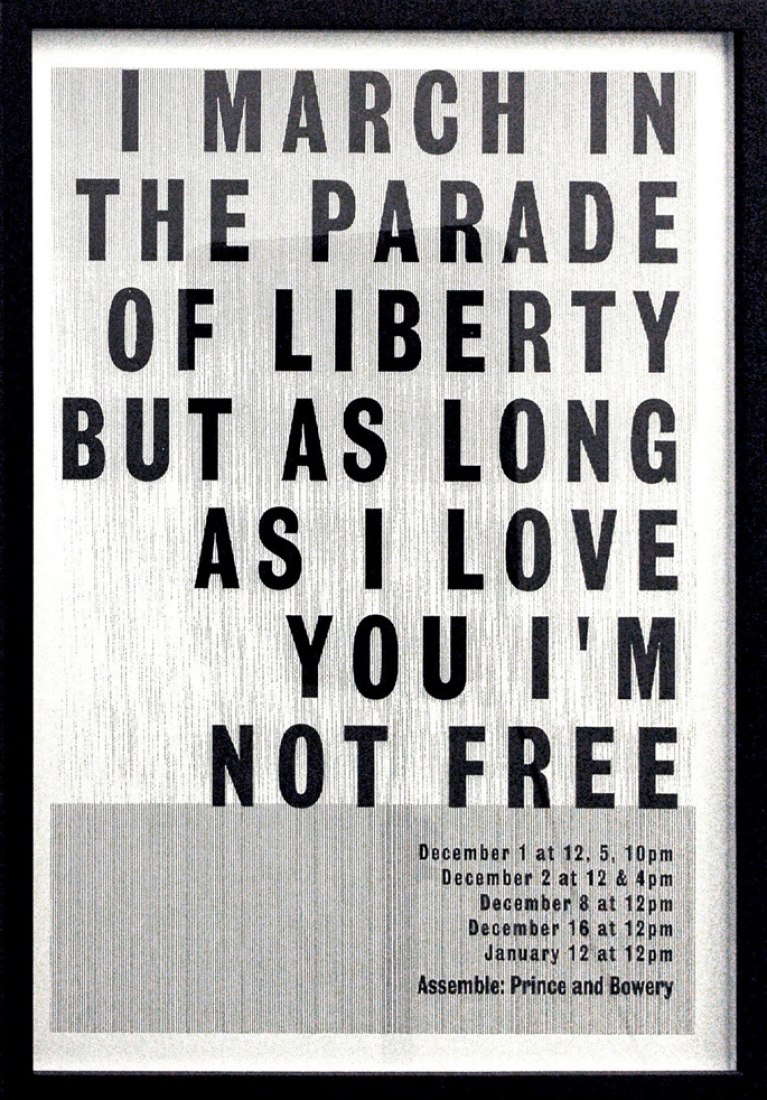 I March in the Parade of Liberty But As Long As I Love You I Am Not Free, 2007-2008. Installation consists of an audio channel and a silkscreen on paper. 12 '. Courtesy of the artist and Tanya Leighton Gallery, Berlin. 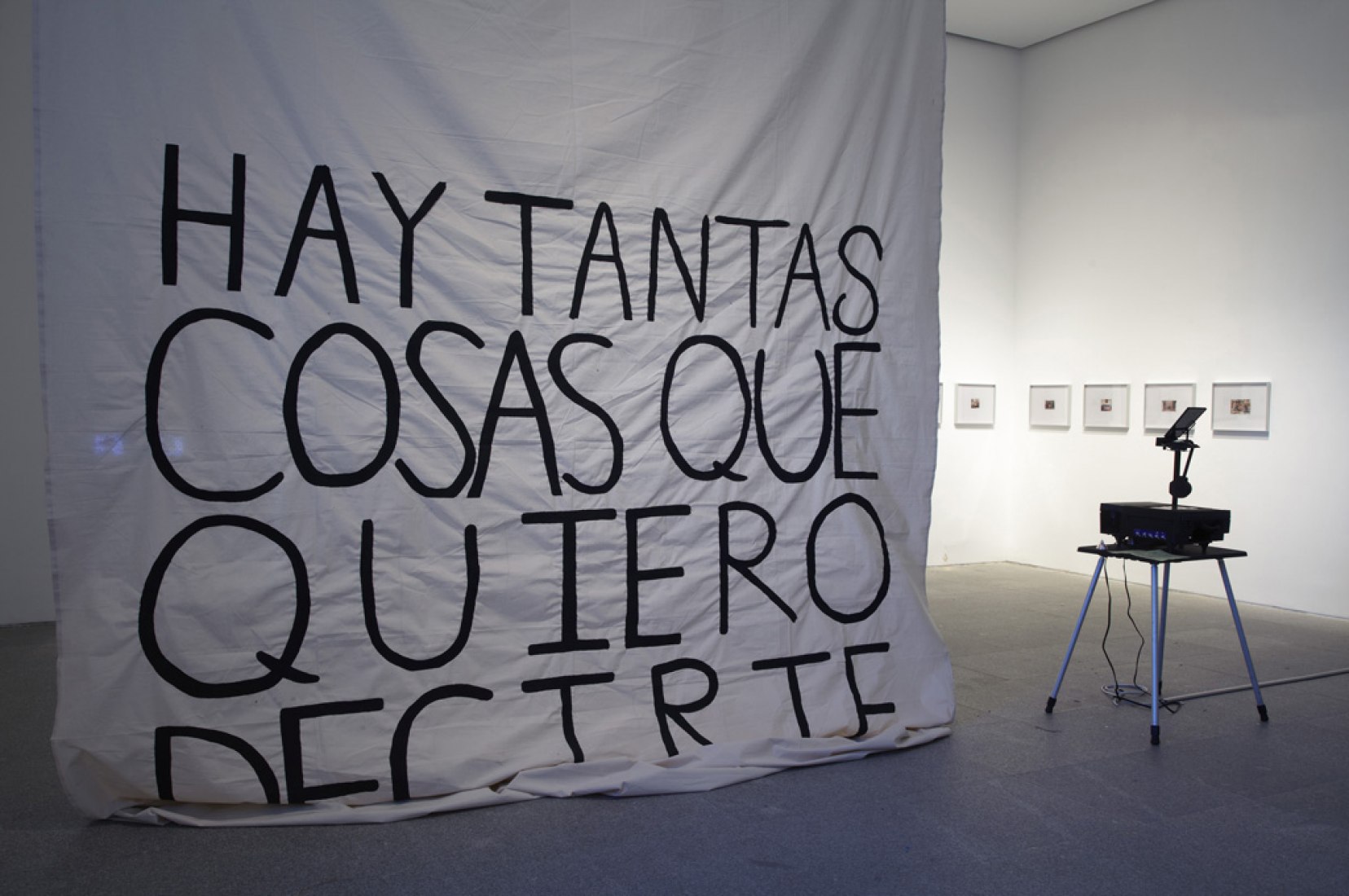 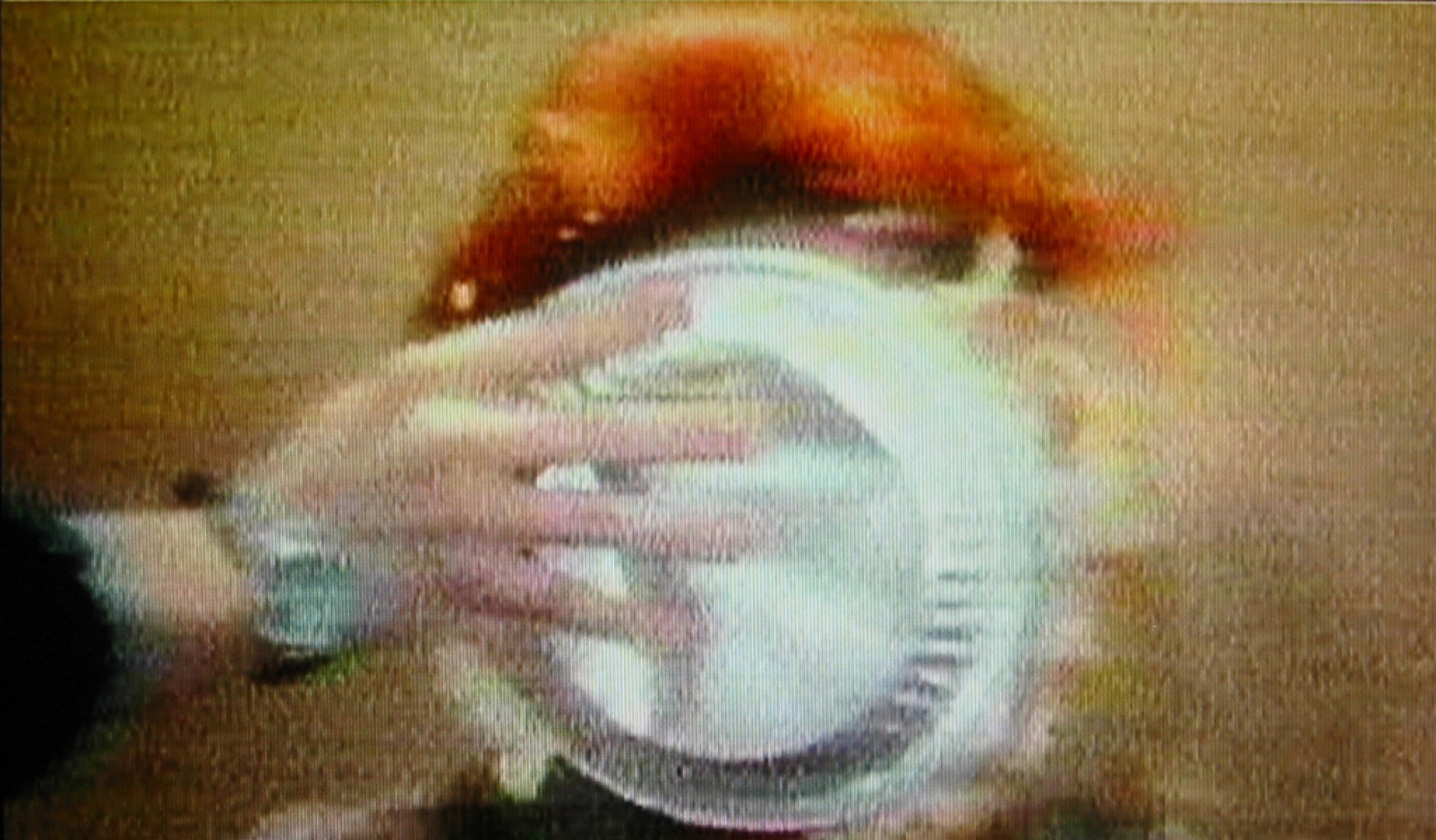 I Saved Her a Bullet, 2012. Digital printing on acetate. Courtesy of the artist and Tanya Leighton Gallery, Berlin. 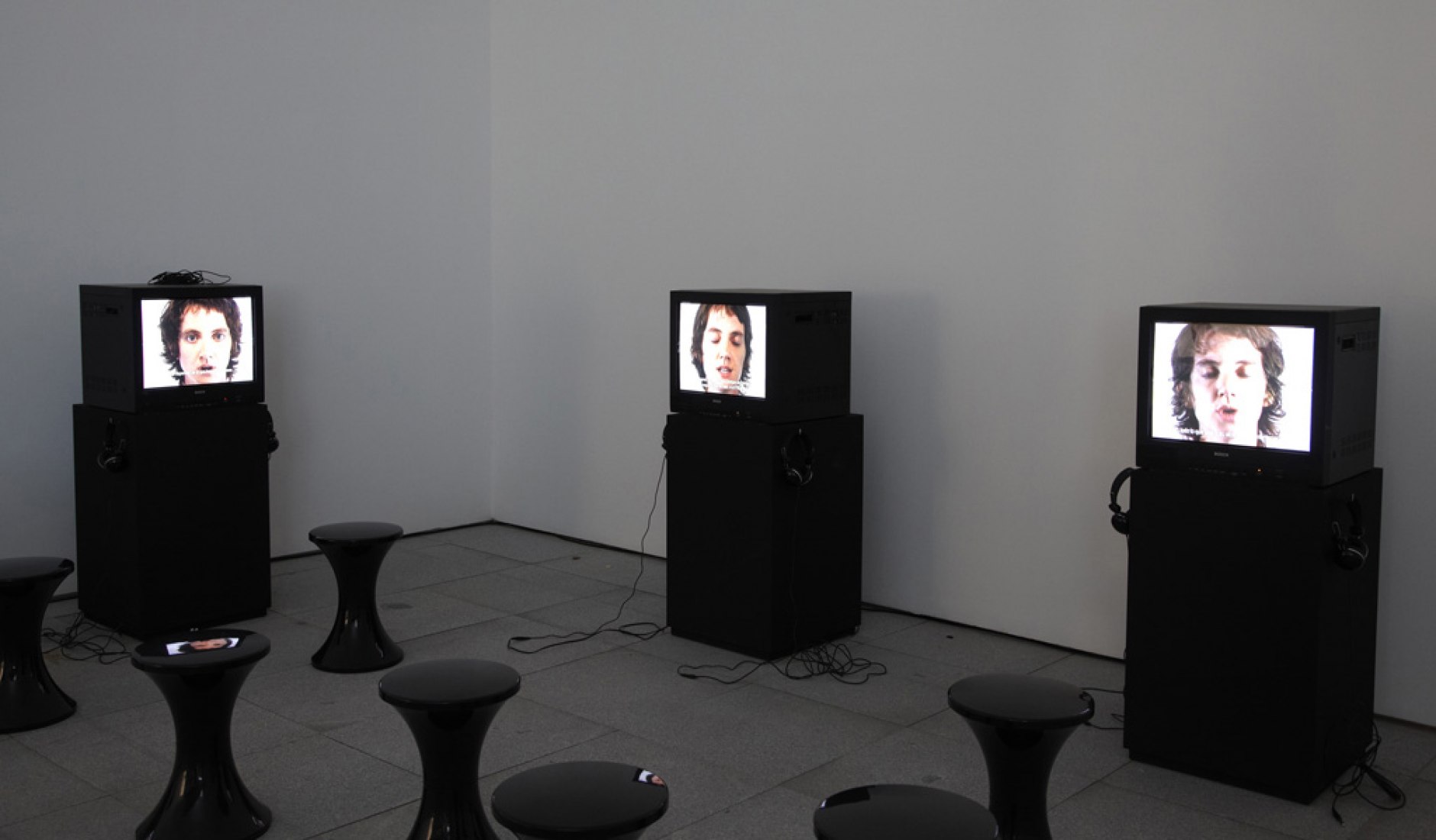 Using methodological and conceptual strategies drawn from spheres of discourse such as theatre, dance, anthropology, archival work and journalism, the projects of Sharon Hayes (Baltimore, EE.UU., 1970) explore the sometimes tense relations between history, politics and language, and they dissect the symbolic and narrative mechanisms through which the collective imaginary is built. In her performances, videos and installations, Hayes shows how the process of documenting a historical event ends up conditioning the way we see that event. She also proposes a critical reflection on topics such as the frictions arising between the public and the private – the personal and the collective – in today's media culture and the cathartic and empowering effect of the act of using one's voice and occupying urban space.

In many of her pieces Sharon Hayes, who has always been interested in the performative nature of language, reuses the texts and public statements of different political agents linked to recent historical events, for example the presidential speeches made by Ronald Reagan or the communiqués sent by Patty Hearst after joining the Symbionese Liberation Army that had kidnapped her. By putting these texts (which she usually recites by memory and almost always in the first person) back on the stage, that is, by recreating them and performing them in a new context, Hayes is engaging in an act of what she calls "oral translation" that helps us to rethink and reinterpret both the historical moment in which in which they were formulated and also our present.

To find a title for this exhibition, which brings together ten of her most significant projects and includes a piece created expressly for this show in collaboration with the Mexican artist and writer Pablo Sigg, Sharon Hayes turned to the writing of Ferdinand de Saussure, Course in General Linguistics, which has been very influential in her work. The Spanish word habla is the closest equivalent to the French term parole ("speech" in English), a notion that played a key role in the theoretical developments of the Swiss linguist. Hayes plays with the polysemic potential of the word habla; besides designating the inherent capacity of each individual to make use of the language system, it alludes to the social dimension of the communication process and, in certain contextual conditions, it can have an imperative meaning. 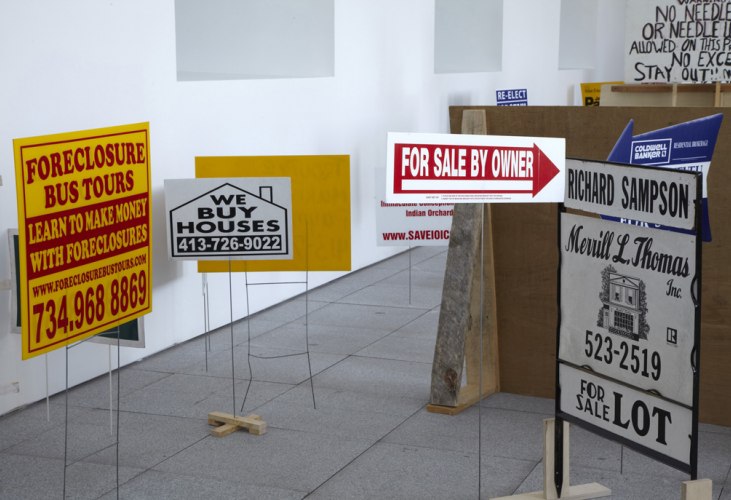 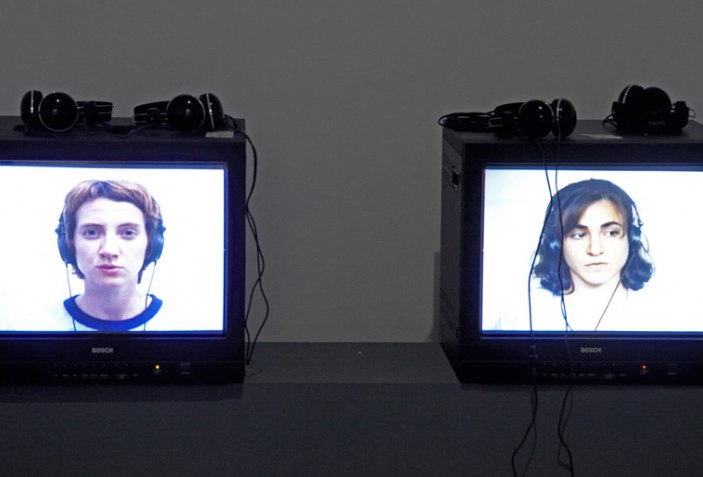 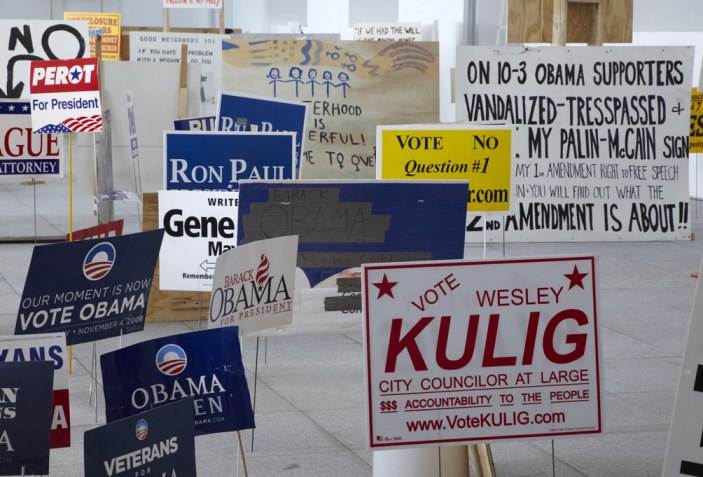 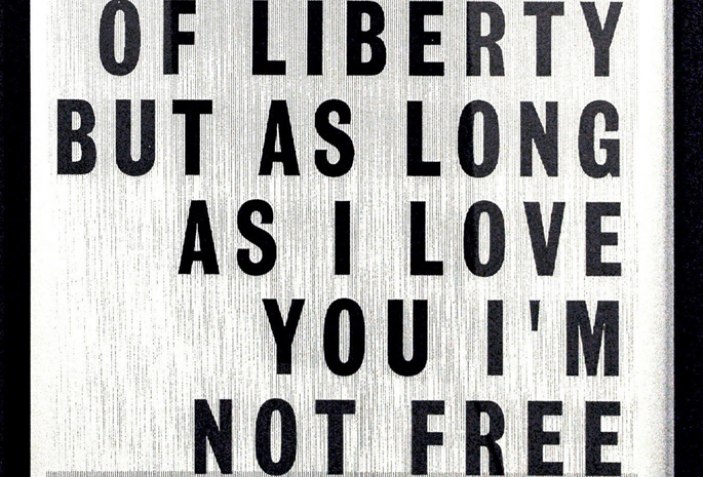 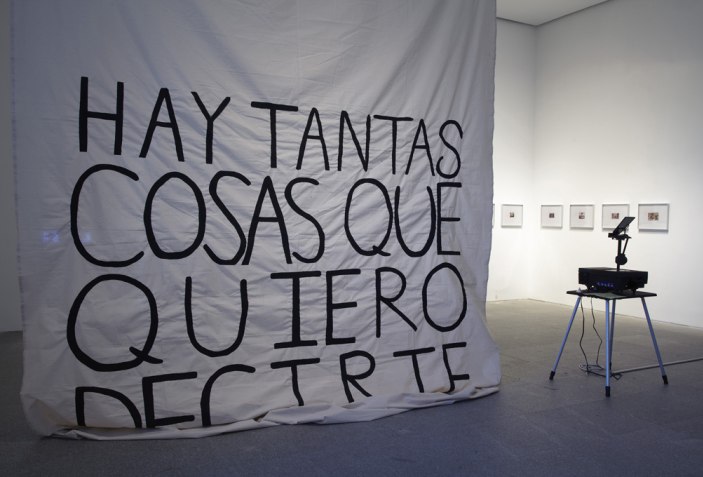 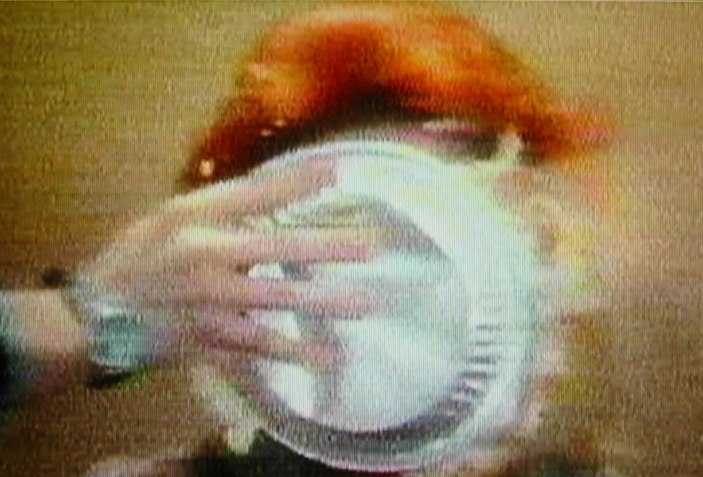 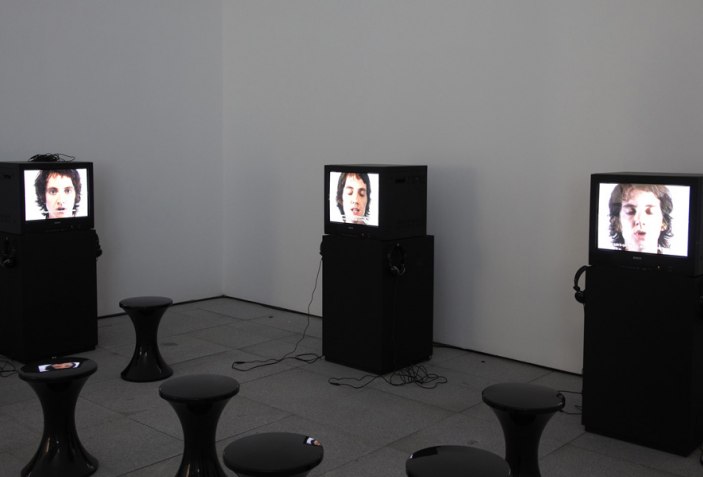 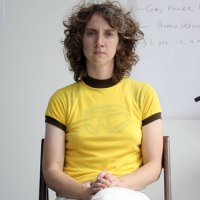 Sharon Hayes (Baltimore, 1970) is an artist and Assistant Professor at the Cooper Union, who lives and works in New York City.  Her work is concerned with developing new representational strategies that examine and interrogate the present political moment, not as a moment without historical foundation but as one that is always allegorical, a moment that reaches simultaneously backwards and forwards. To this aim, she employs conceptual and methodological approaches borrowed from artistic and academic practices such as theater, film, anthropology, linguistics, and journalism.

Hayes’ work has been shown at the New Museum for Contemporary Art, the Guggenheim Museum, P.S. 1 Contemporary Art Center, Art In General, Artists Space, Parlour Projects, Andrew Kreps Gallery, Dance Theater Workshop, Performance Space 122, the Joseph Papp Public Theater, and the WOW Cafe in New York and at the Room Gallery at UC Irvine, Los Angeles Contemporary Exhibitions, Track 16, Gallery 2102 and The Project in Los Angeles. In addition, she has shown at the Tate Modern in London, Museum Moderner Kunst and the Generali Foundation in Vienna, the Deutsche Guggenheim in Berlin and in galleries, exhibition and performance spaces in California, Florida, Rhode Island, Texas, and Vermont, Bogotá, Berlin, Copenhagen, Malmö, Vienna, Vancouver and Zagreb as well as in 45 lesbian living rooms across the United States. Hayes’ work was shown in the 2010 Whitney Biennial and in Greater New York at P.S. 1 Contemporary Art Center. Additionally, her work was exhibited in the Istanbul Biennial in 2009, the Yokohama Triennial 2008, Guangzhou Triennial 2008 and PERFORMA05. Her collaborative piece, 9 Scripts from a Nation at War, made with Andrea Geyer, Ashley Hunt, Katya Sander and David Thorne was shown in Documenta 12 in Kassel, Germany and subsequently at the Tate Modern in London and REDCAT in Los Angeles.