The work by British artist Isaac Julien, we have presented in the past. His enigmatic composiones left us impressed with the "Ten Thousand Waves" series, now and in the framework of PhotoEspaña 2014 Festival, Helga de Alvear gallery brings us the first of two exhibitions PLAYTIME by Isaac Julien, an ambitious new project in which capital, dramatic and nuanced topic is explored. 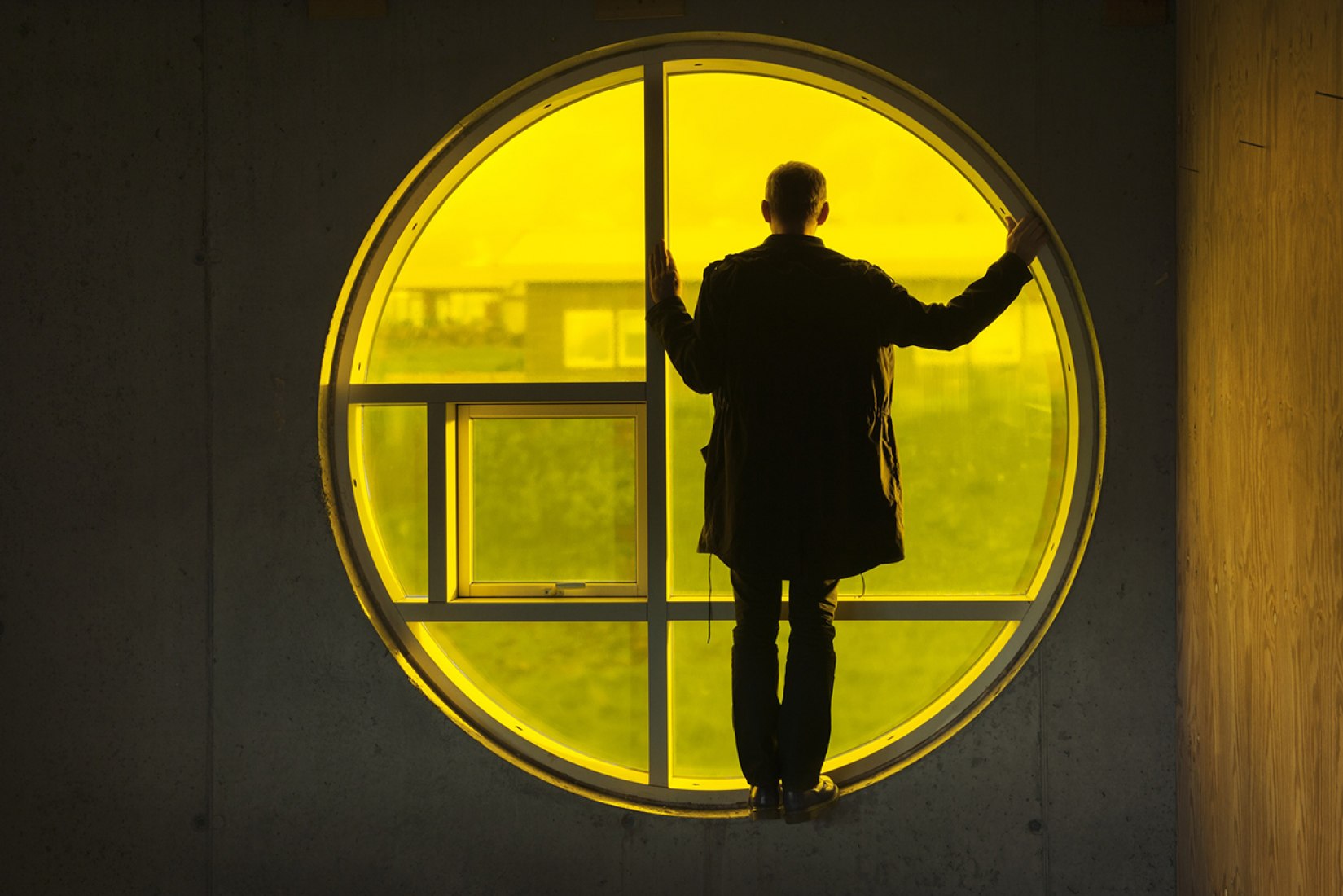 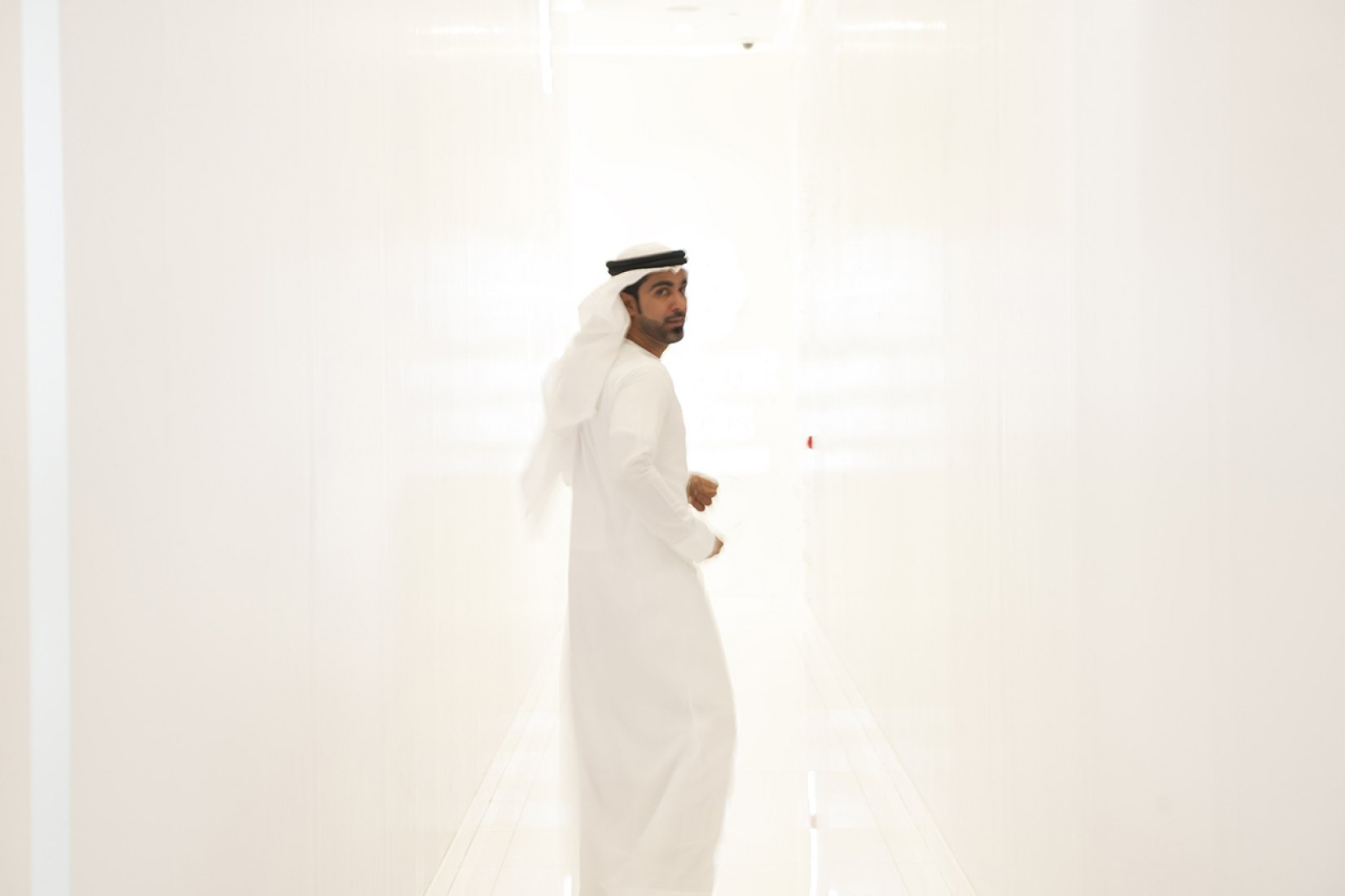 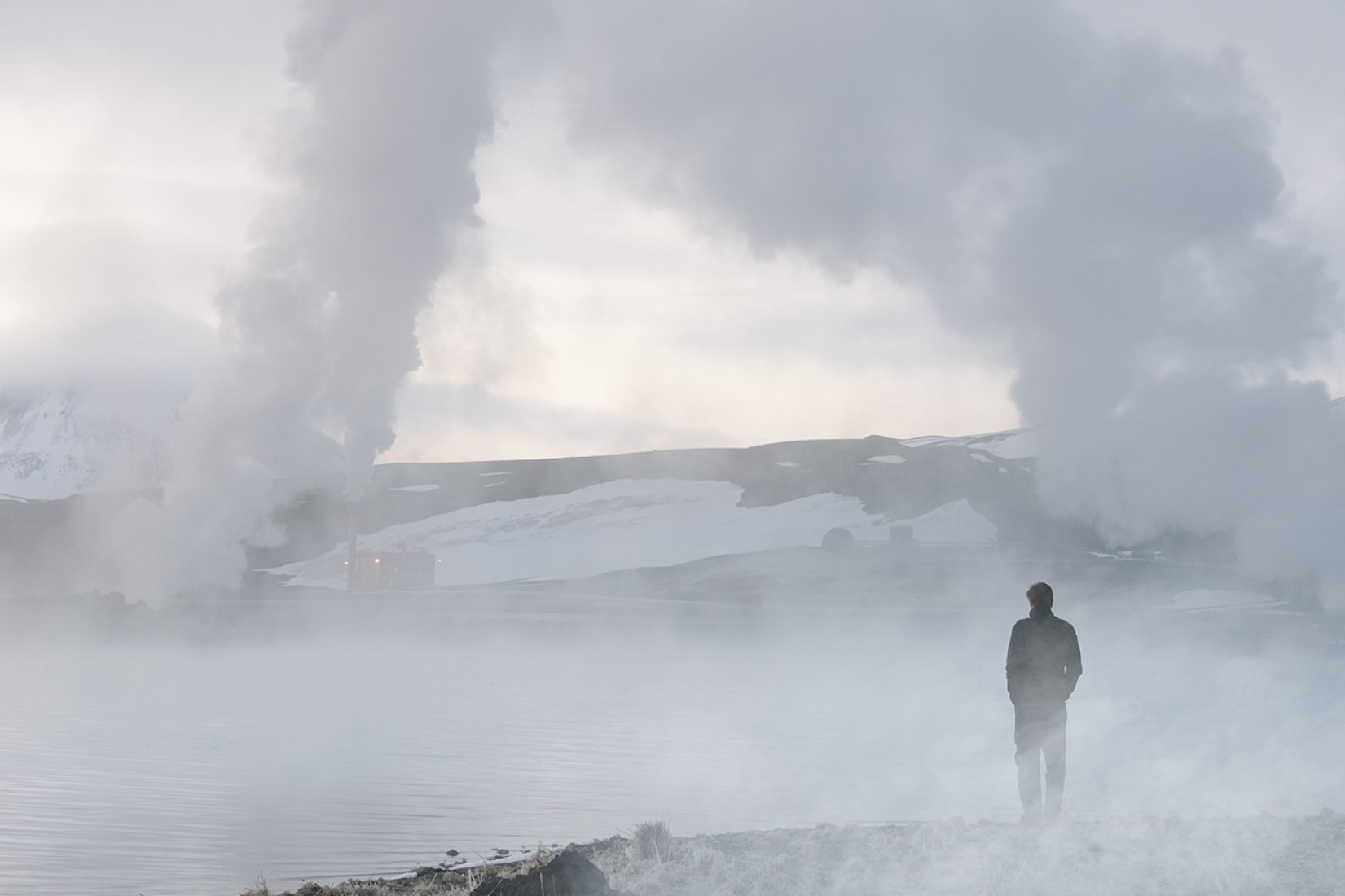 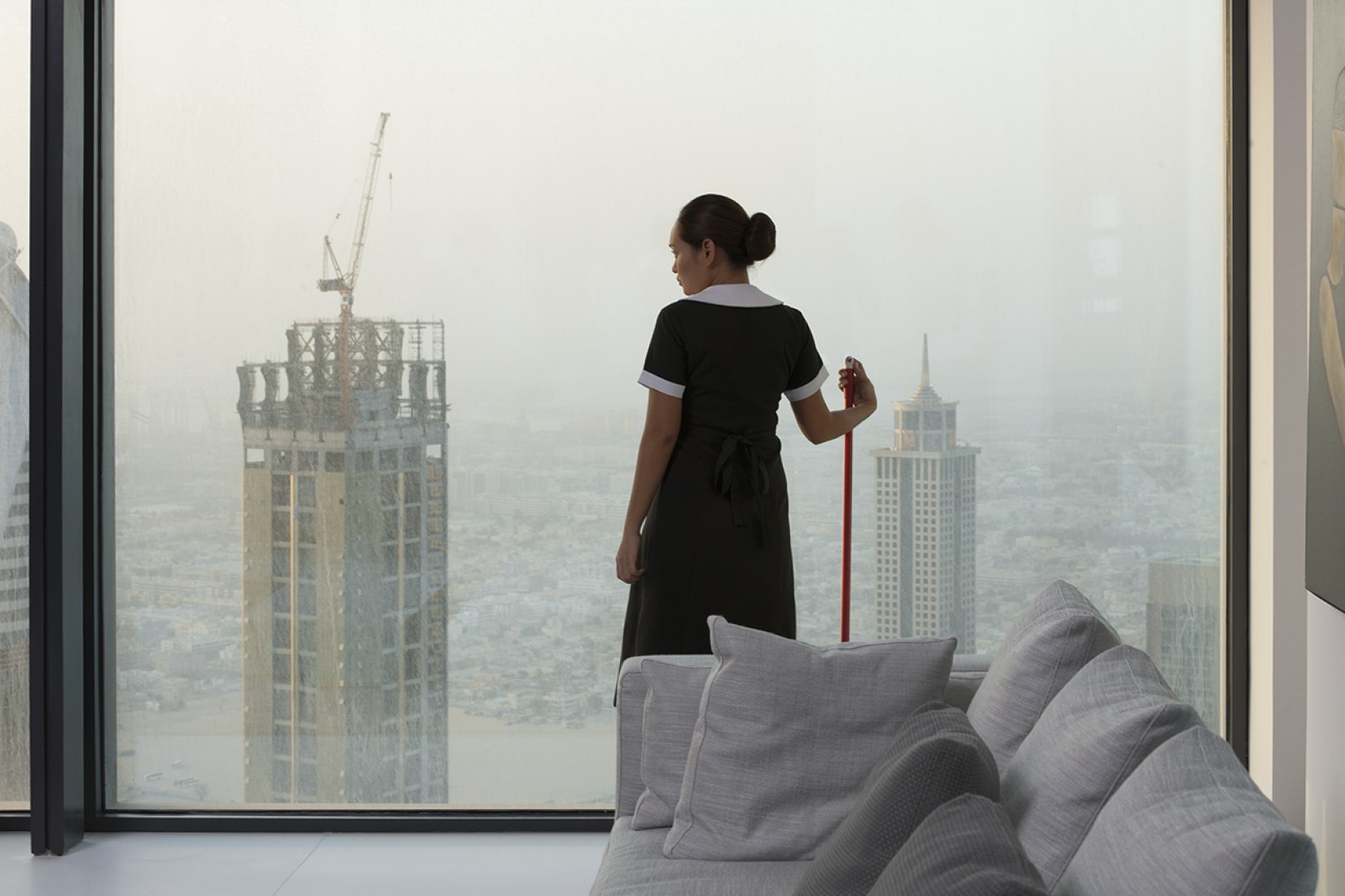 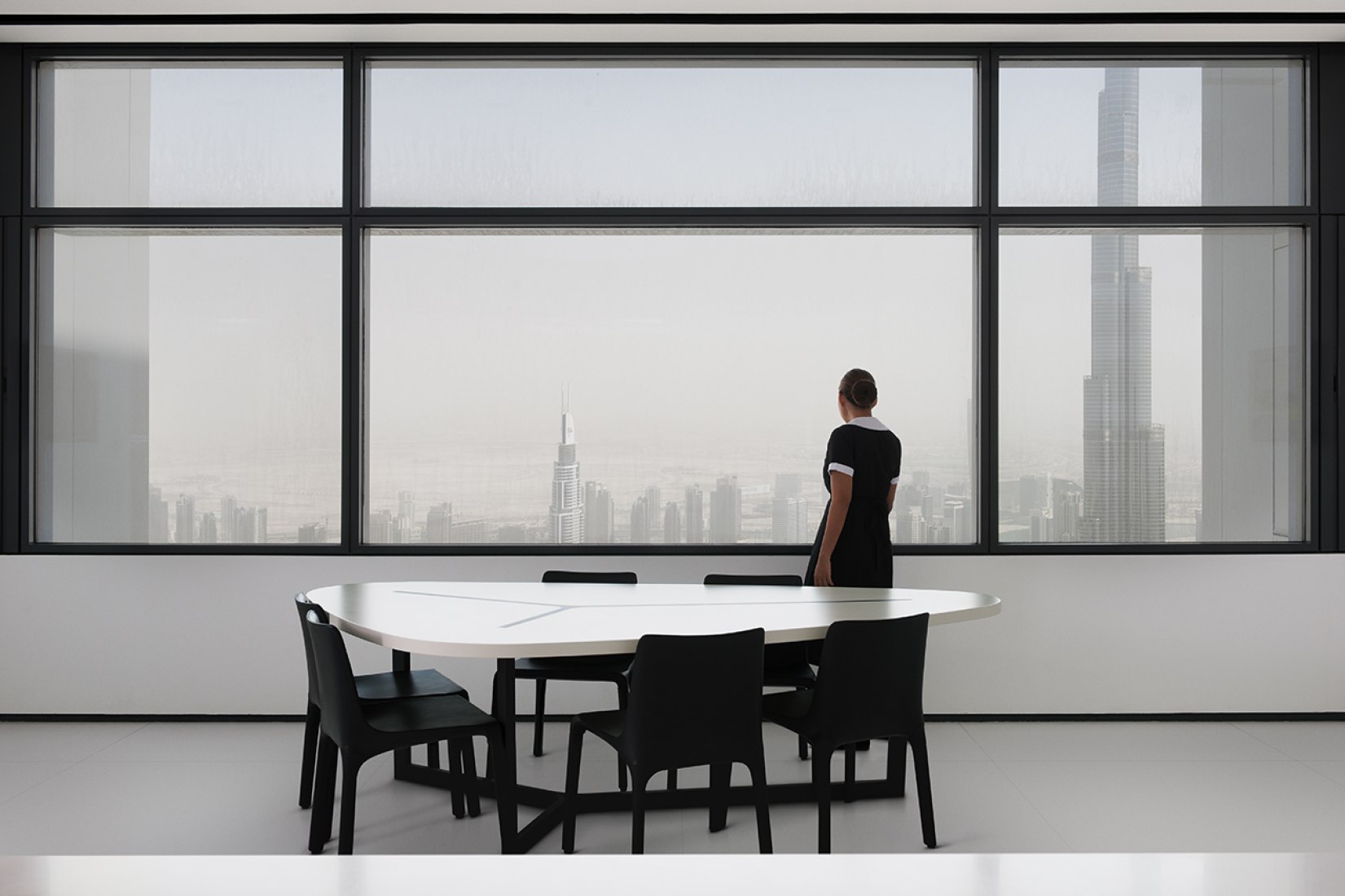 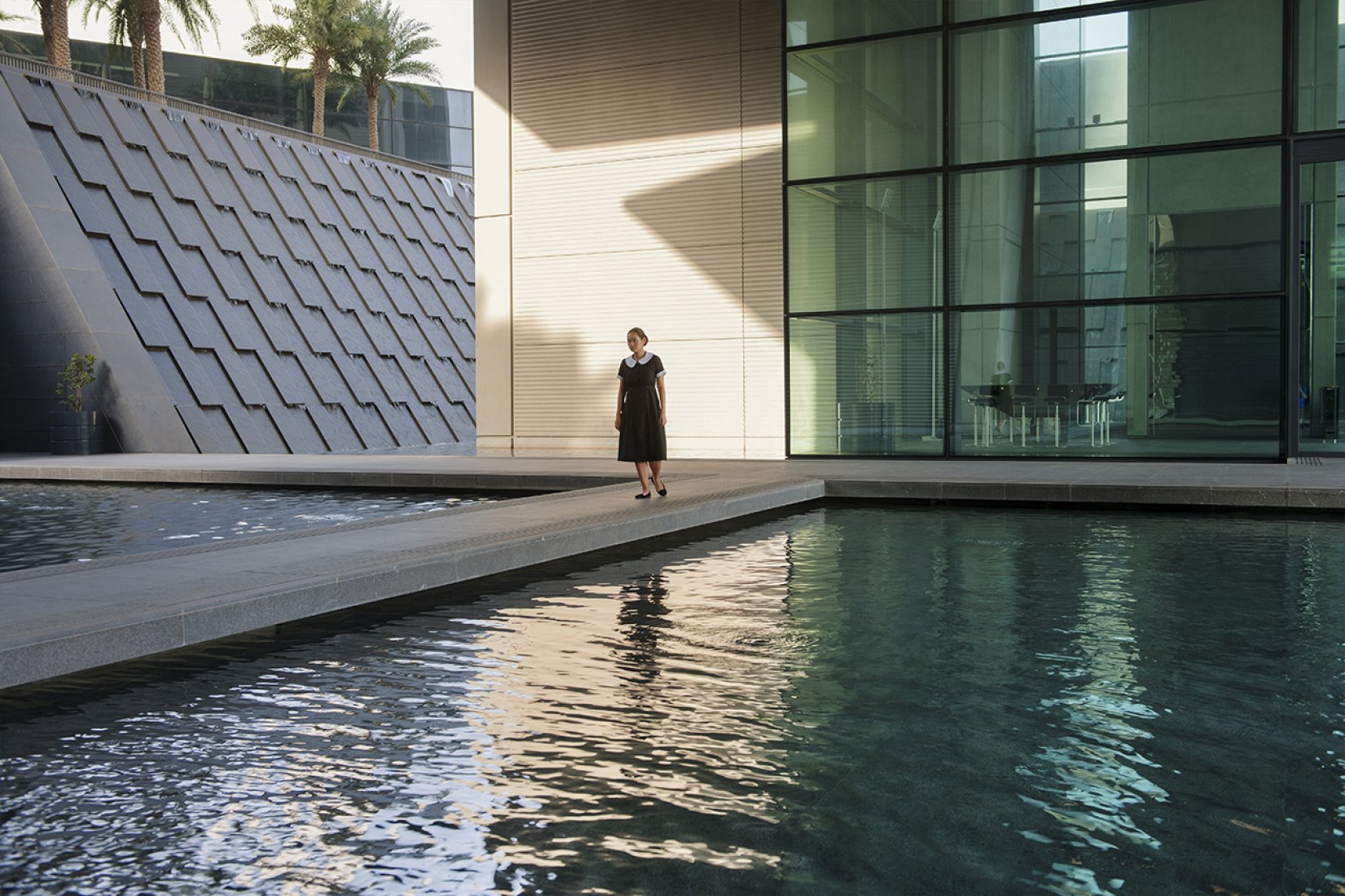 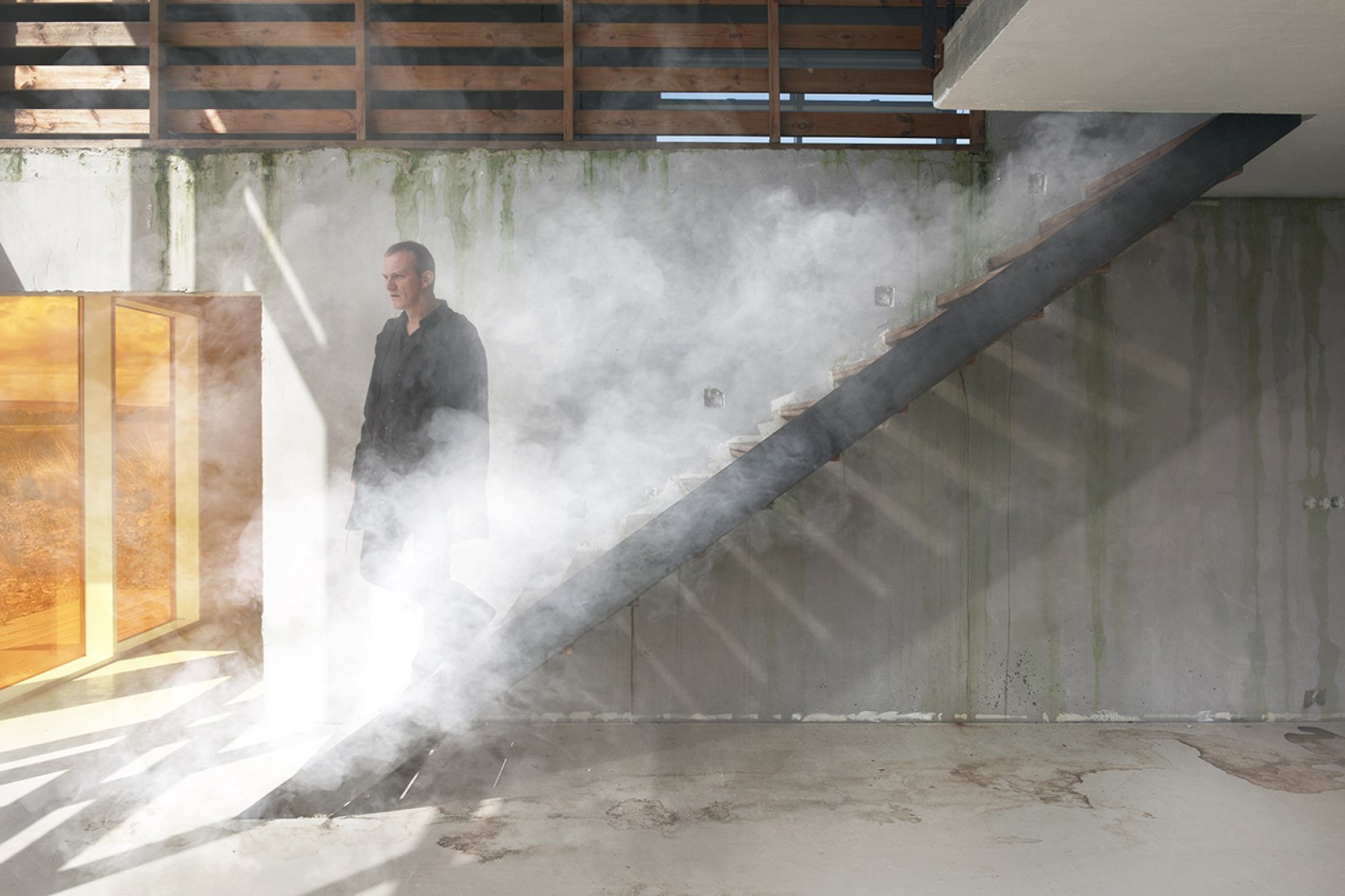 This instalment presents the PLAYTIME series, eight photographic art works taken on location in Dubai and Iceland on a large format camera during the making of PLAYTIME. The next exhibition will take place in February 2015 and will feature a multi-screen moving-image installation of PLAYTIME specially commissioned for the gallery.

The first chapter of the PLAYTIME photographic series is set across two cities defined by their role in relation to capital: Reykjavik, where the 2008 global financial crisis began; and Dubai, one of the Middle East's burgeoning financial markets. In these works, Julien brings into focus striking images based on very real stories of individuals deeply affected by the crisis and the global flow of capital. The series features The Artist and The Houseworker, two very different but interconnecting protagonists of the world of art and finance. Both characters are based on people known to Julien, and are key figures in Julien’s PLAYTIME installation.

In ECLIPSE and ICARUS DESCENDING, we meet a fallen man, played by Icelandic film star Ingvar Eggert Sigurðsson. He is The Artist, a character who revisits the modernist house he lost during the 2008 Icelandic financial crash, and that has now become a ruin. The composition of ECLIPSE draws on the figure of Vitruvian Man to reference a period when Art and Science were aligned in the pursuit of knowledge. Now, the window of knowledge is like a setting sun. ICARUS DESCENDING is a painterly study depicting The Artist’s now ruined ‘dream house’, which he began building during the exhilaration of the boom years.

Blurring the lines between documentary and fiction, ALL THAT’S SOLID MELTS INTO AIR features the same Artist character, but portrayed by his real-life counterpart Thorsten Henn, a photographer and friend of Julien’s. The title is based upon afamiliar phrase from Karl Marx to draw attention to the precarity both ofhis situation and the fragility of global capital more generally.

From Reykjavik ,a city rebuilding itself after the Crash, the PLAYTIME photographic series moves to Dubai, a futuristic metropolis build by migrant workers with little protection of labour laws. The city is powered by men like the banker subject of MIRAGE, whom Julien distances from the city with a white background and composes as an engimatic encounter with the ‘other’. It is The Houseworker who is most deeply immersed in Dubai. In THE ABYSS, HORIZON / ELSEWHERE and INDEX we see her surrounded by the seductive architectural representations of capital, where design, domesticity and urbanity collide. Here, she attends to duty each day, hovering above the growing urban skyline of unfinished skyscrapers in ABYSS and HORIZON / ELSEWHERE, and dwarfed by Richard Rogers’ Index Tower in INDEX. In each image her body poses a question to these new modernities of Capital for the 21st Century.

For The Houseworker, the modern, consumer paradise is a gleaming prison from which she dreams of escape, although she must learn to survive within it. In the diptych ALTAR, she takes refuge in St. Mary’s Catholic church, a hub for the Philippine community in Dubai. Here, Julien draws on the form and colour of Reniassance and Russian icon painting.

Close attention to formal and painterly details characterizes this new body of photographic works, which stand independently from the PLAYTIME film installation and allow for a sustained one-to-one meditation upon the work’s themes. 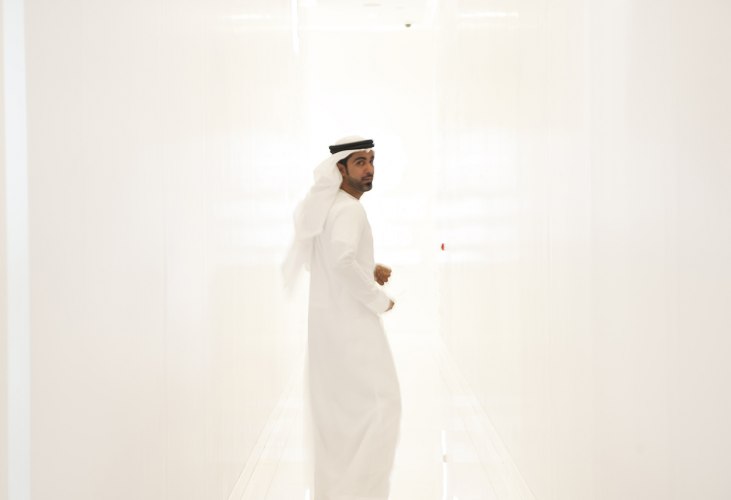 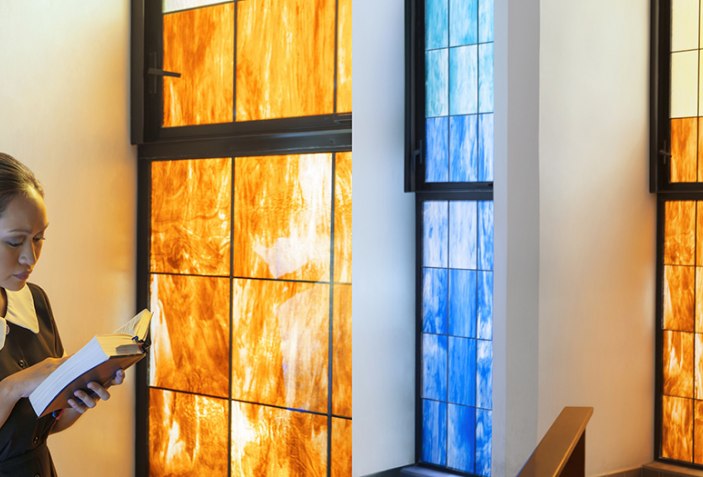 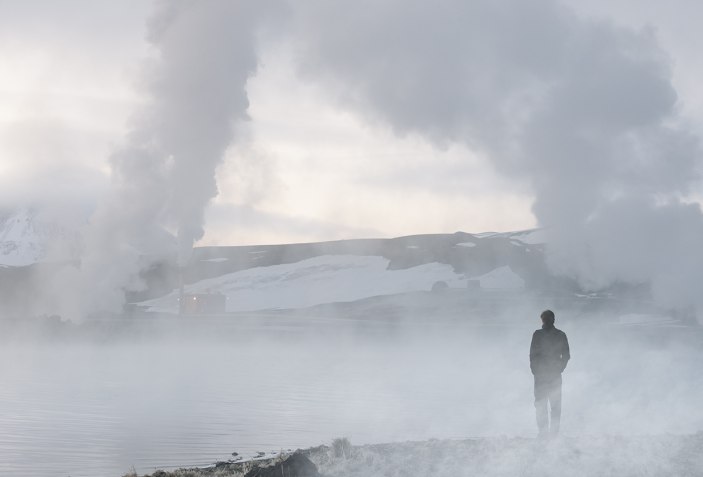 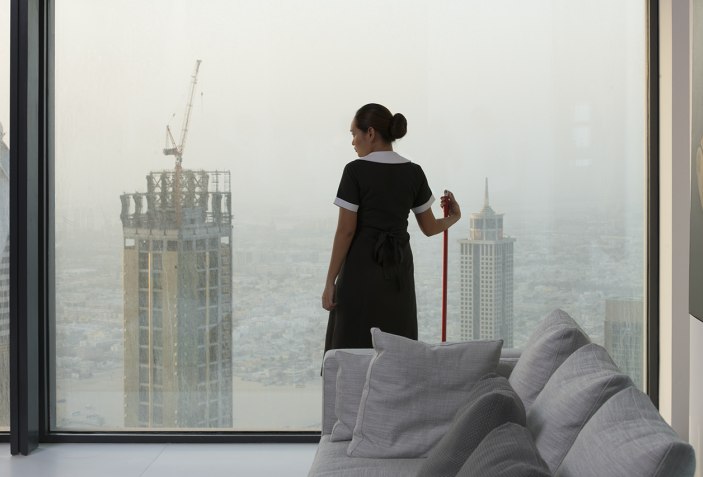 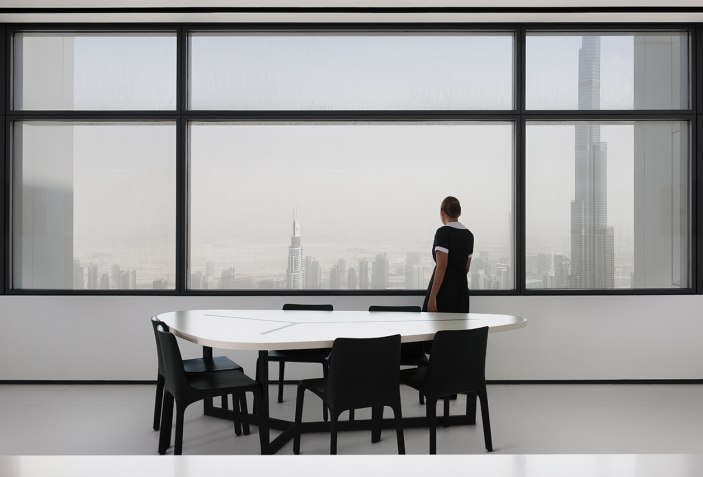 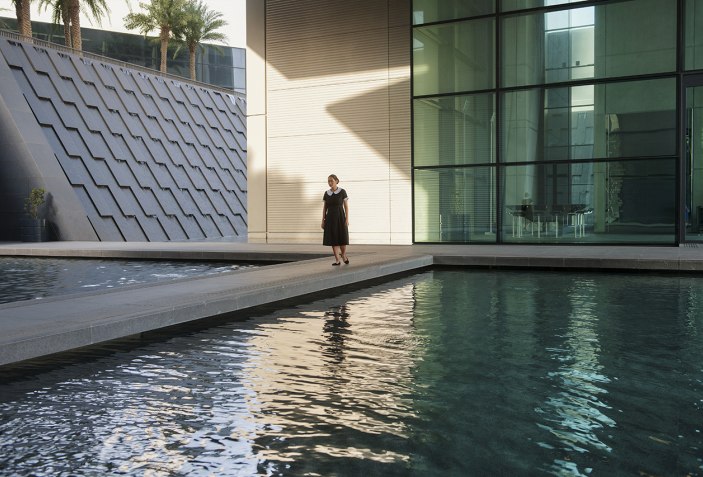 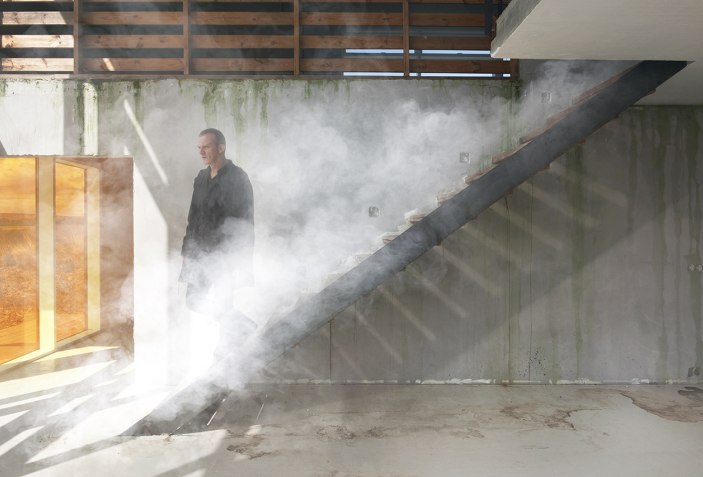 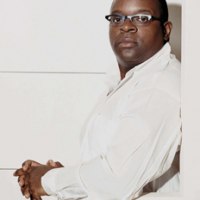 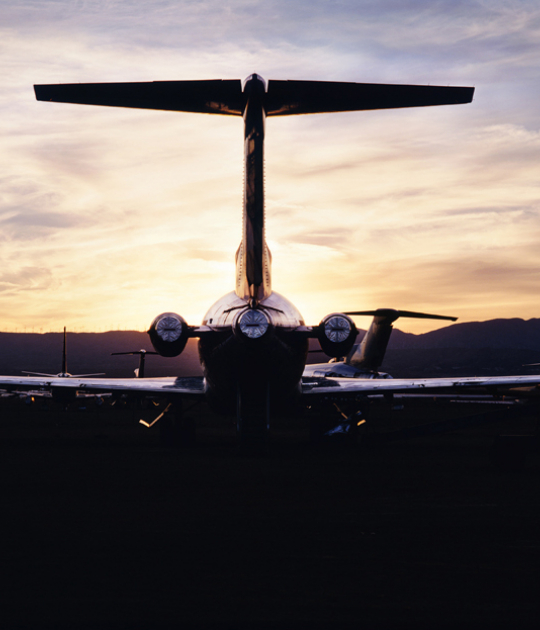 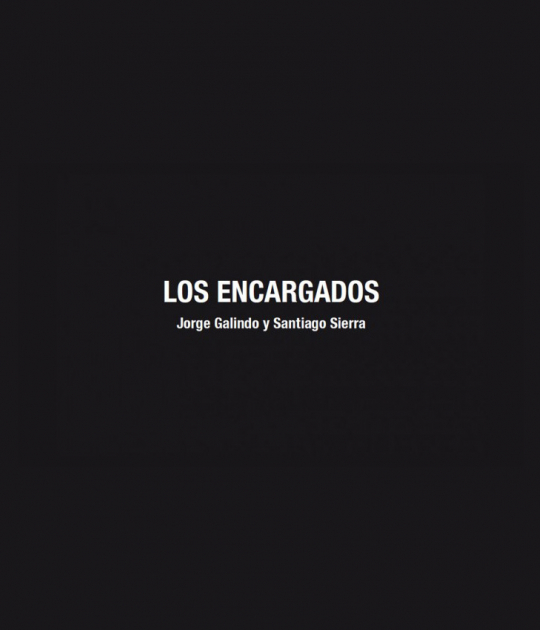 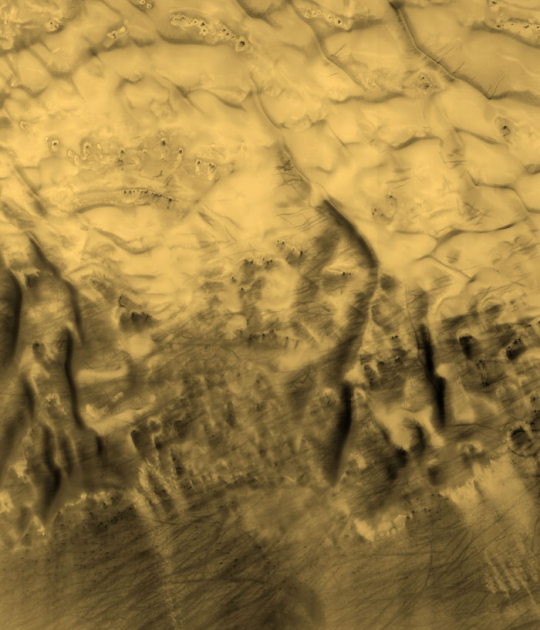 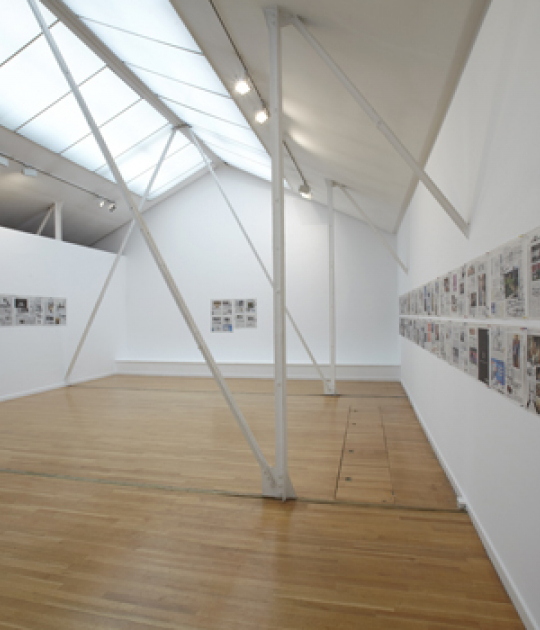 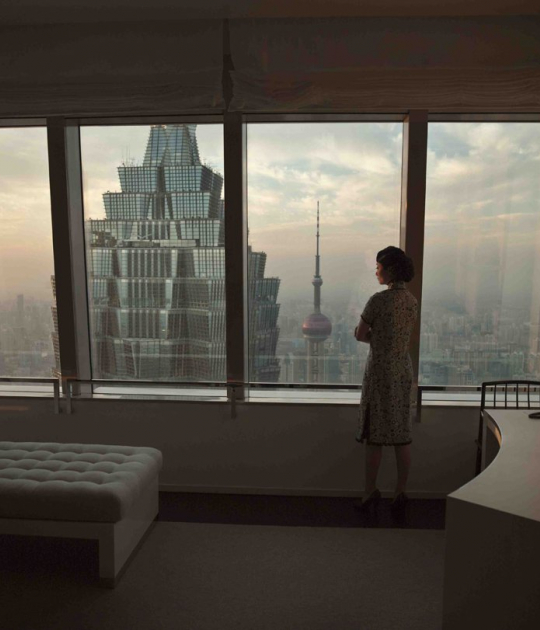