Pilot and photographer Alex MacLean has flown his plane over large areas of the United States, documenting the landscape from beautiful agricultural patterns to geometric city grids. 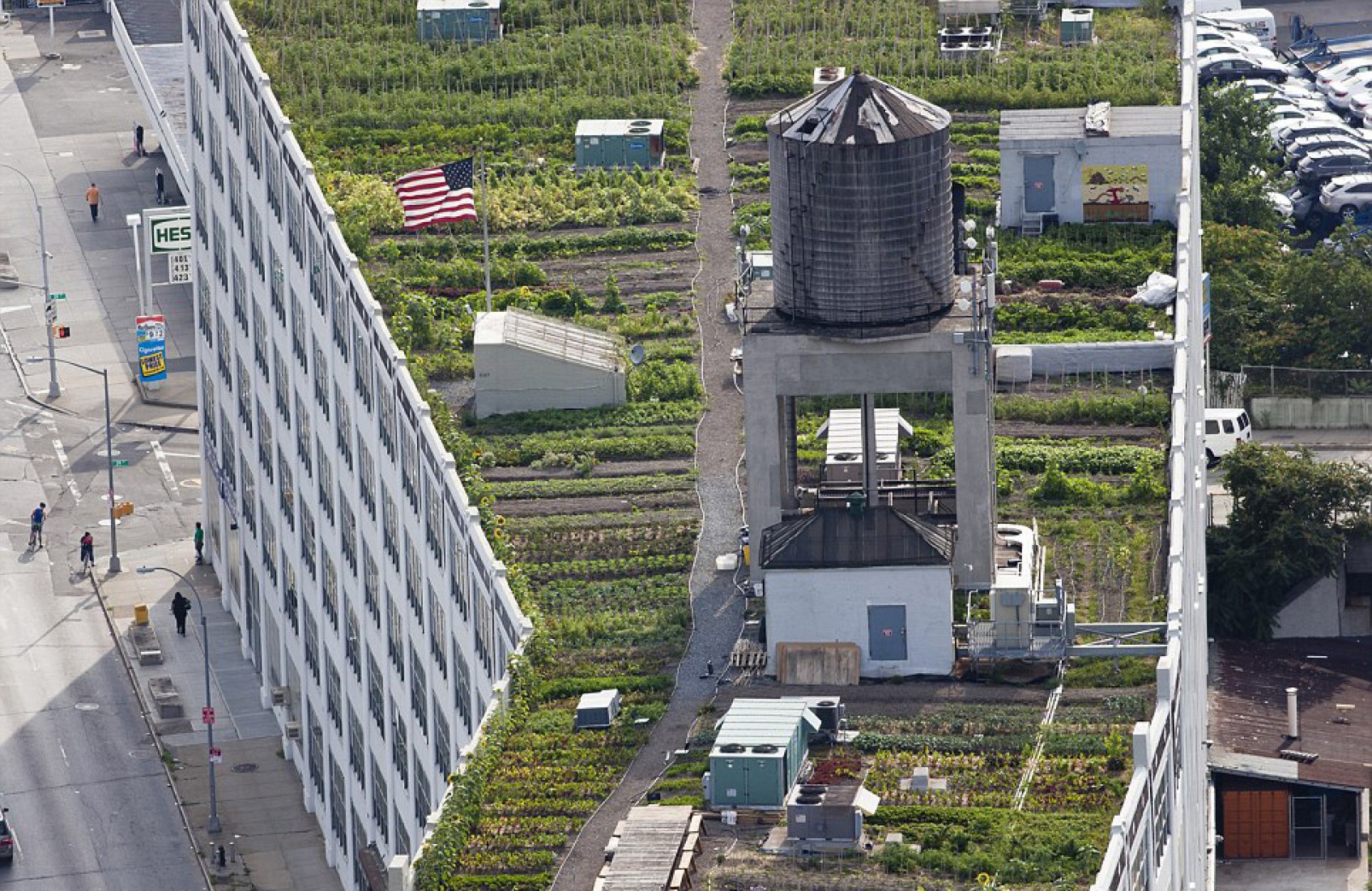 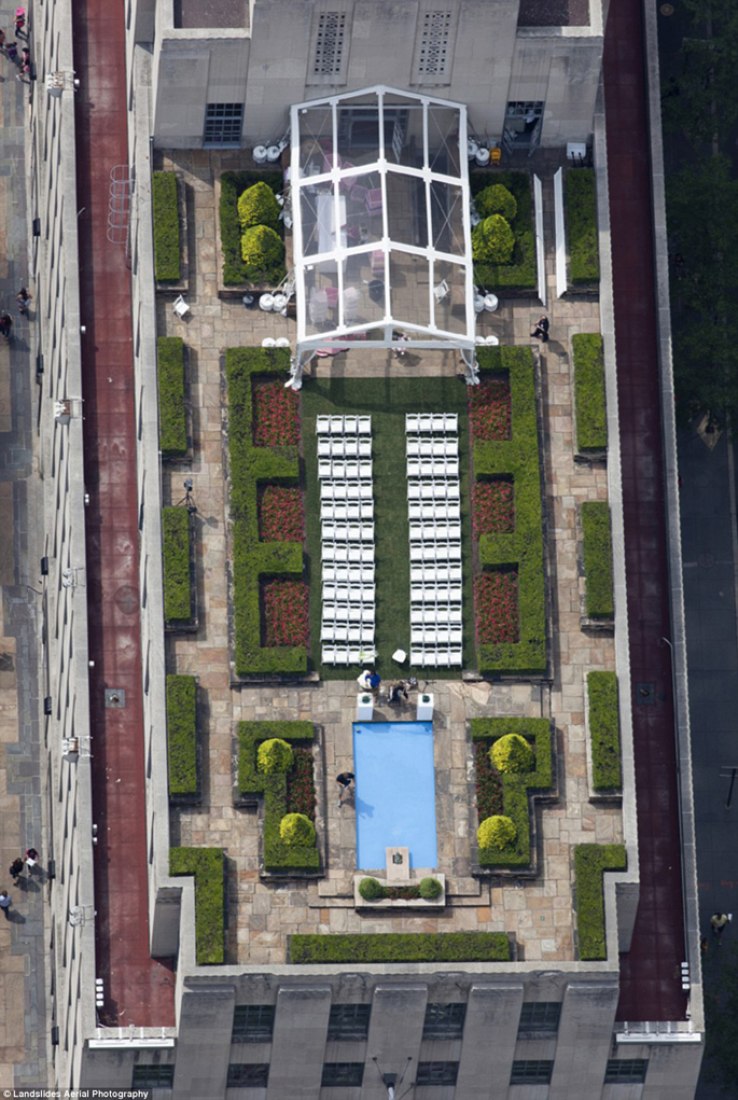 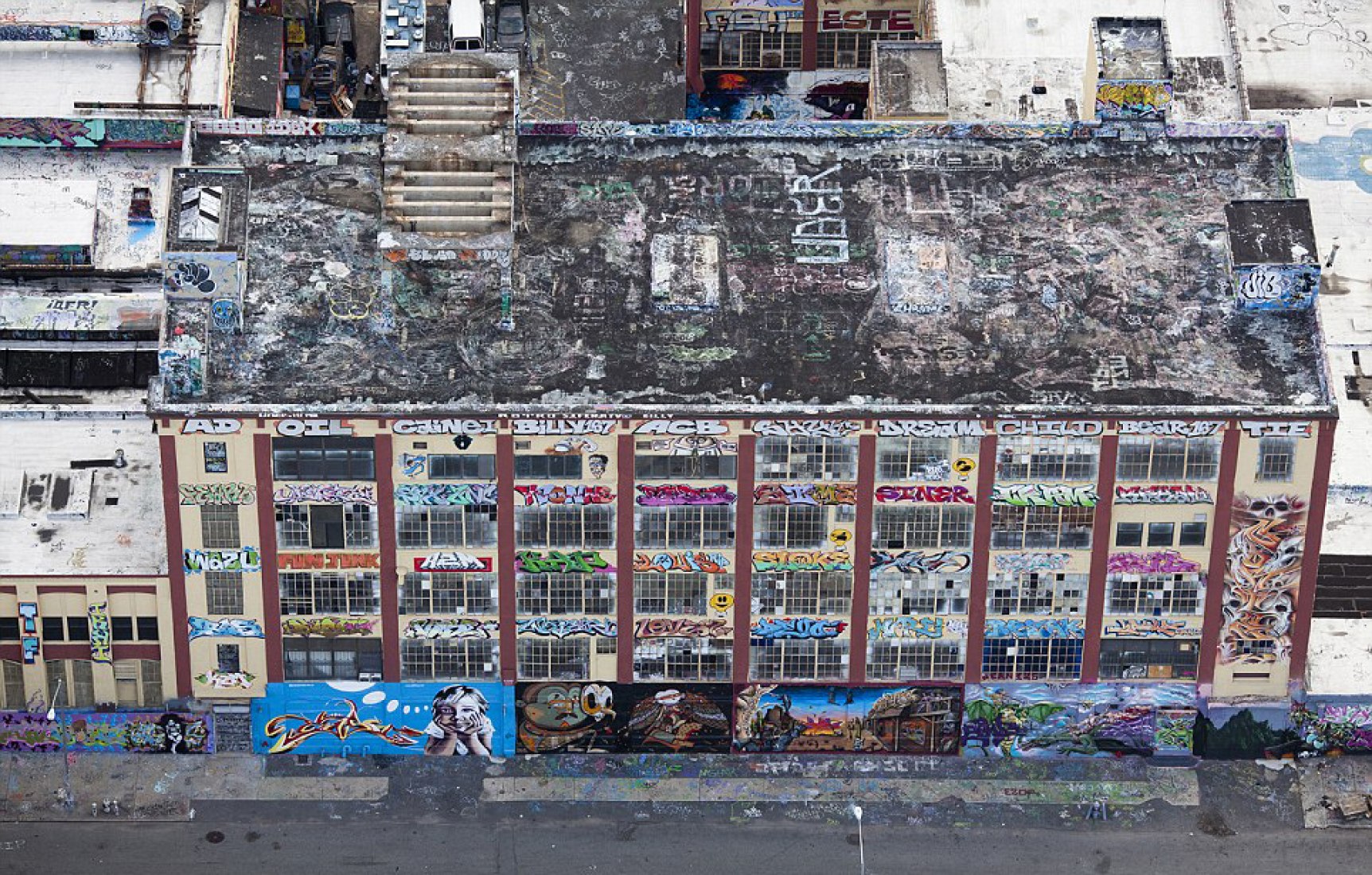 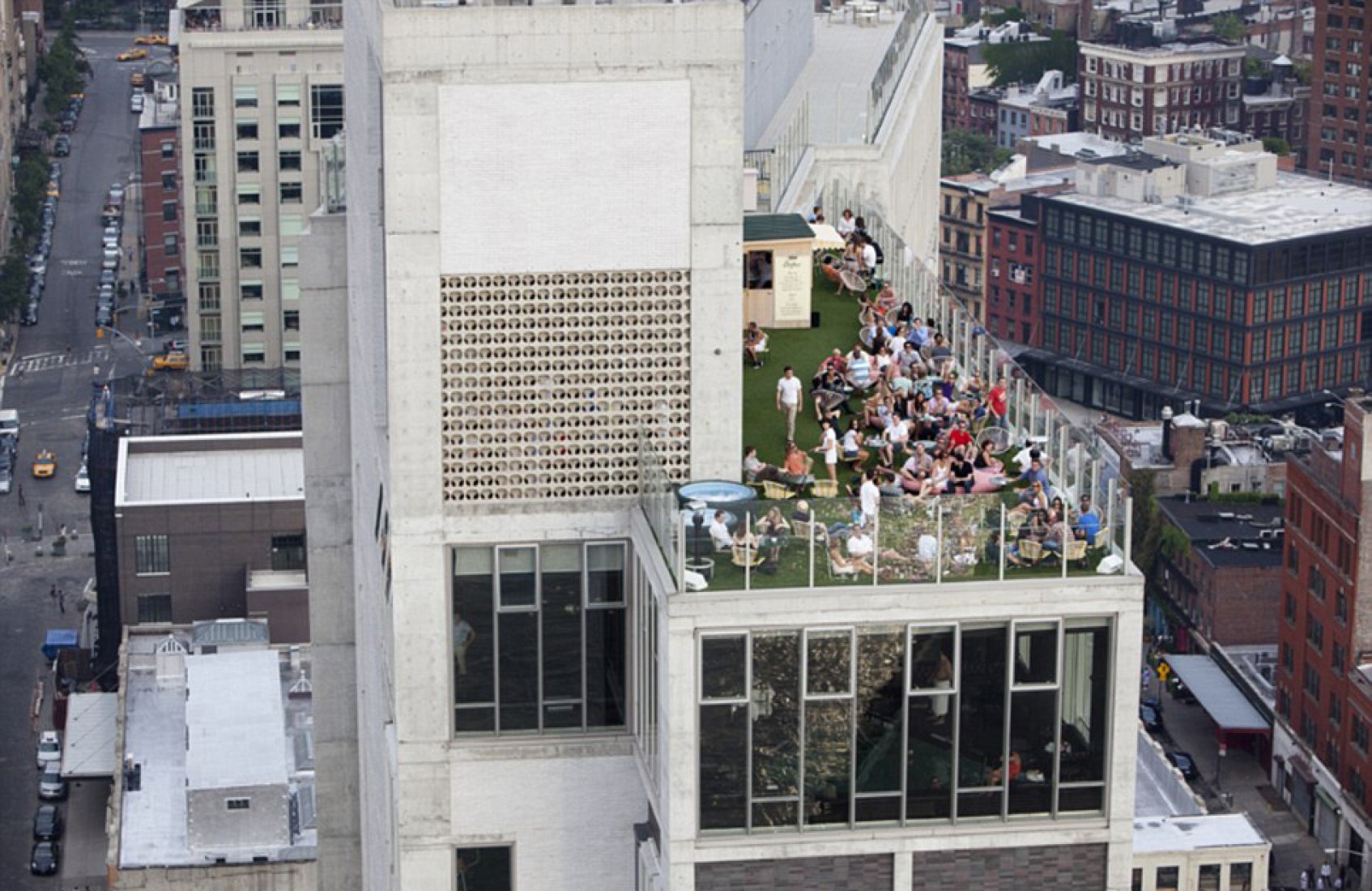 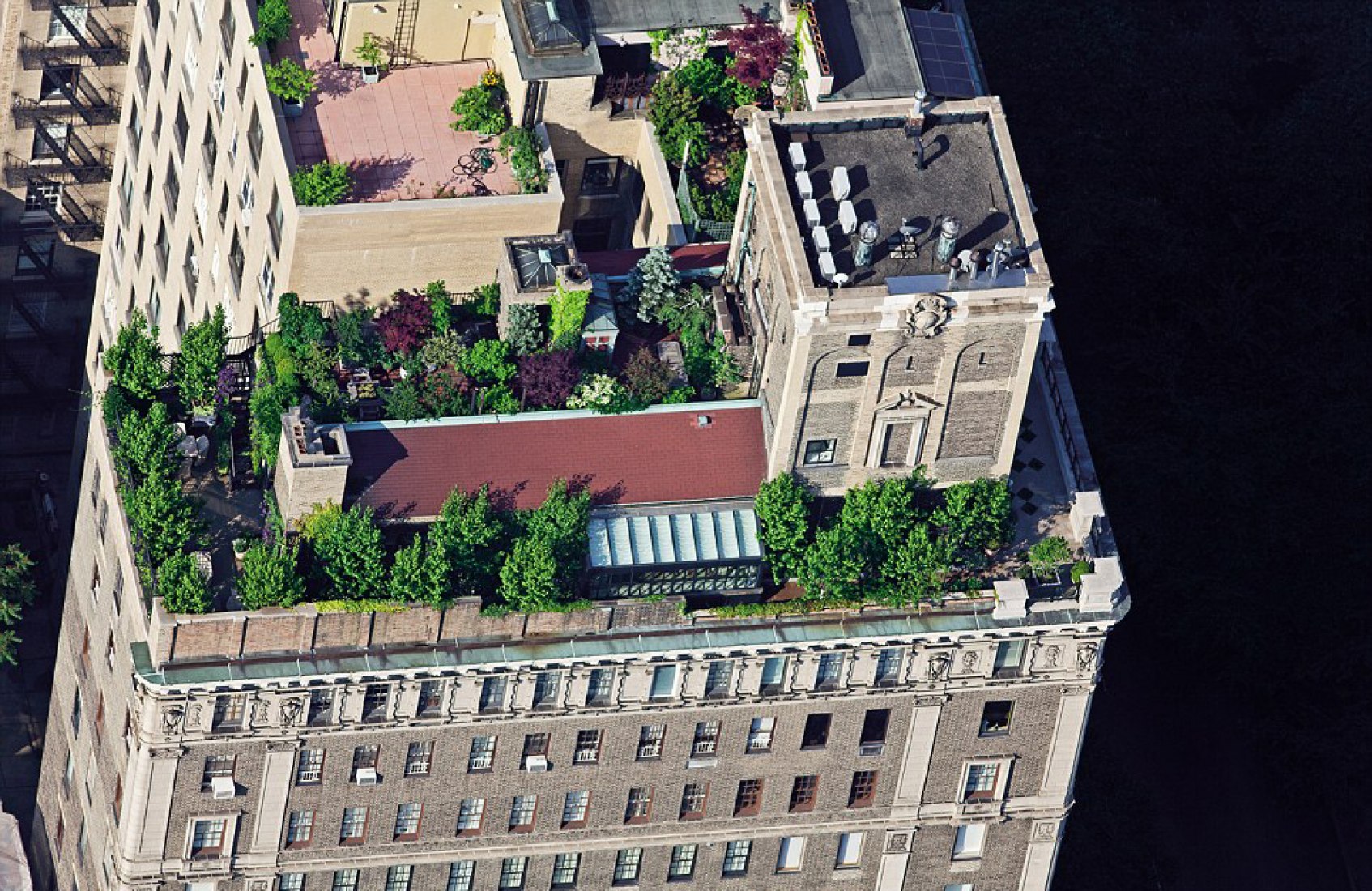 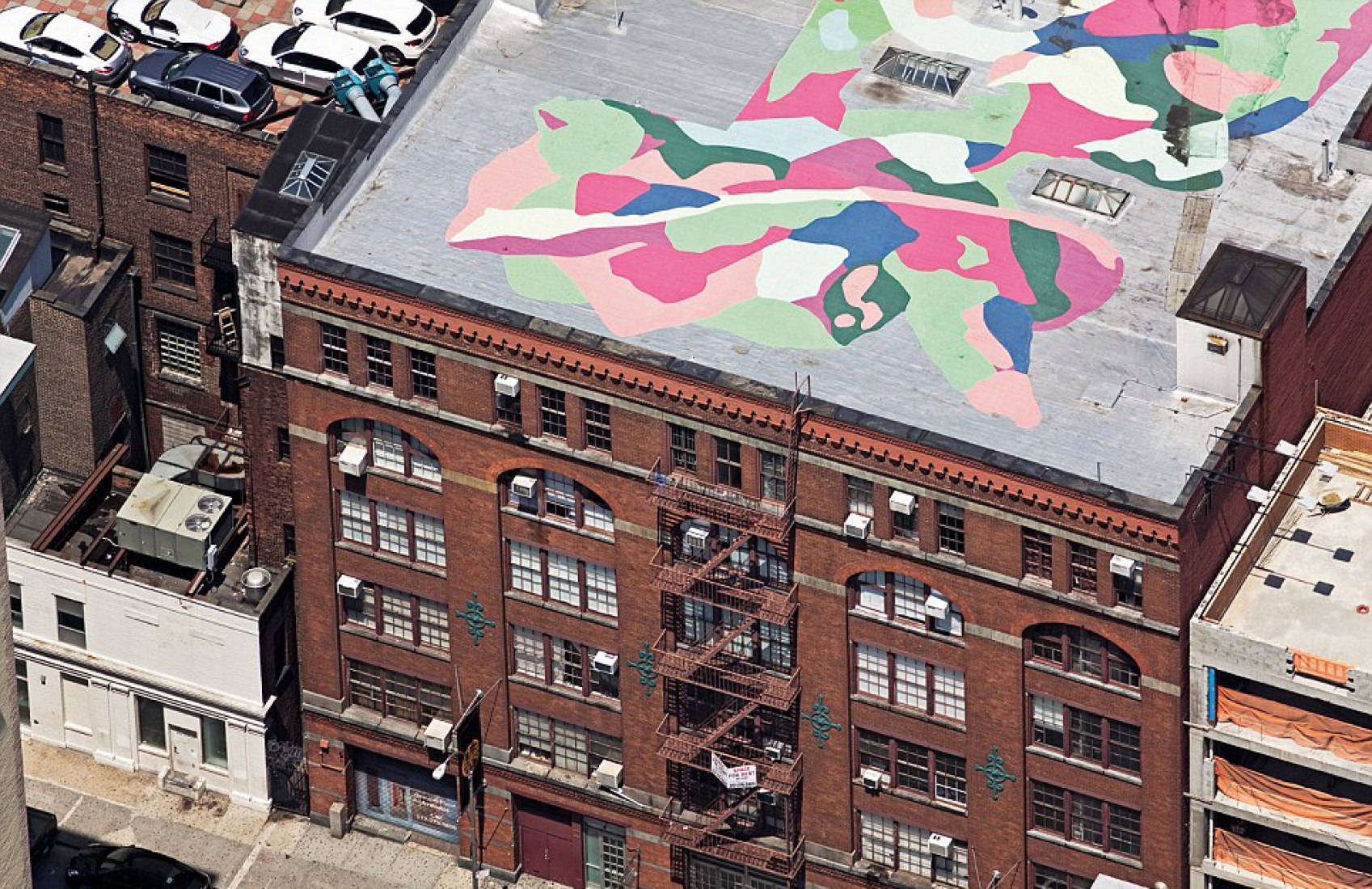 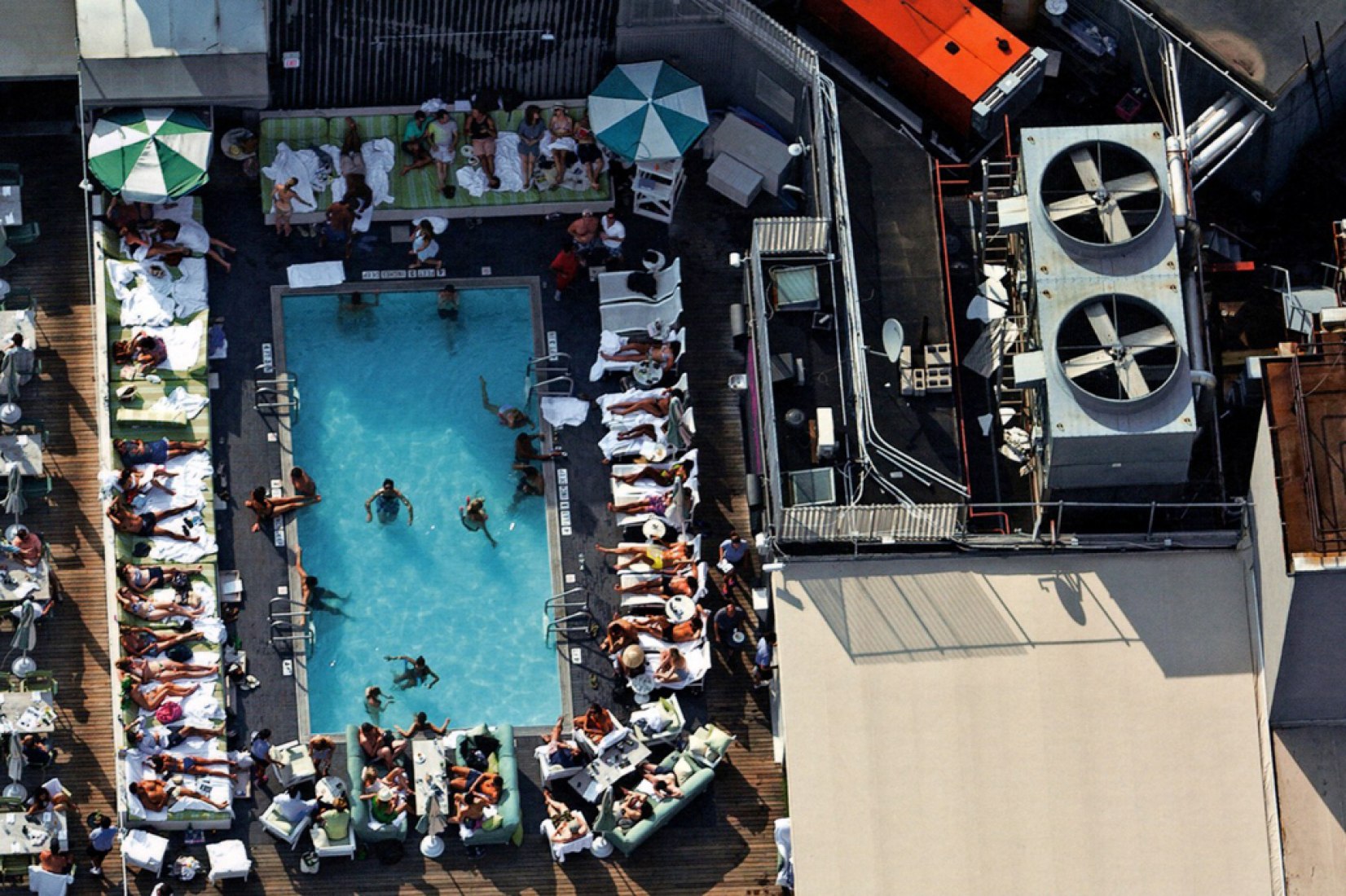 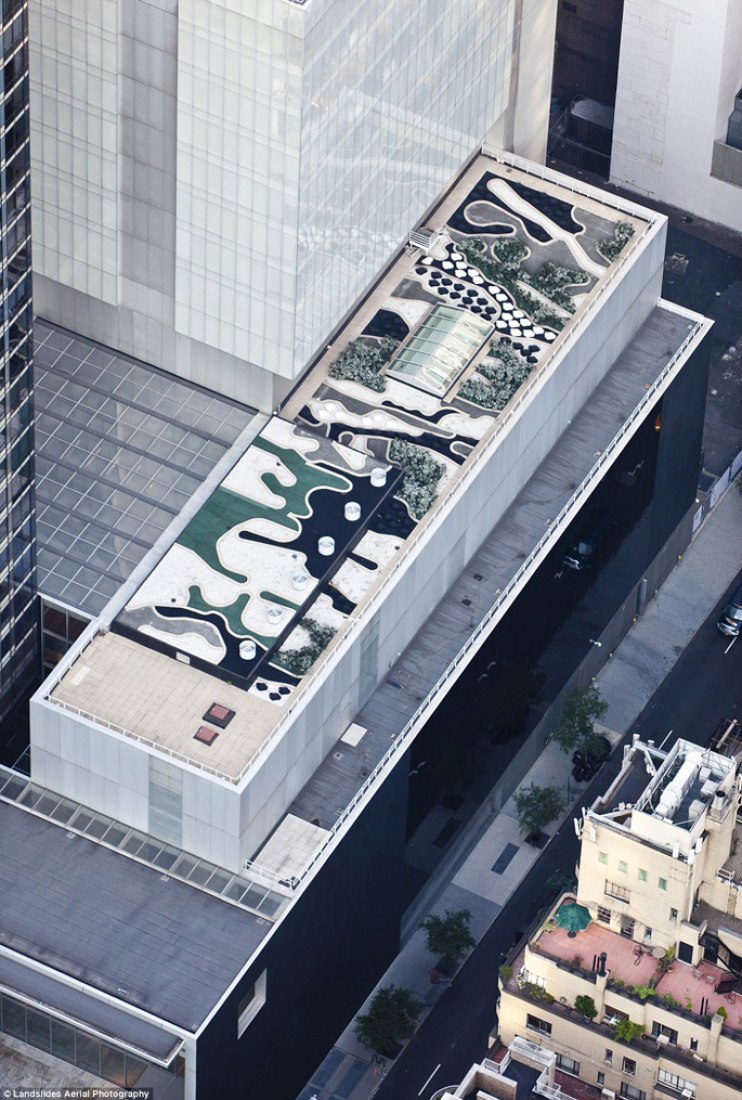 Artificial materials and pebbles make up the camouflage pattern on the roof at the Museum of Modern Art . 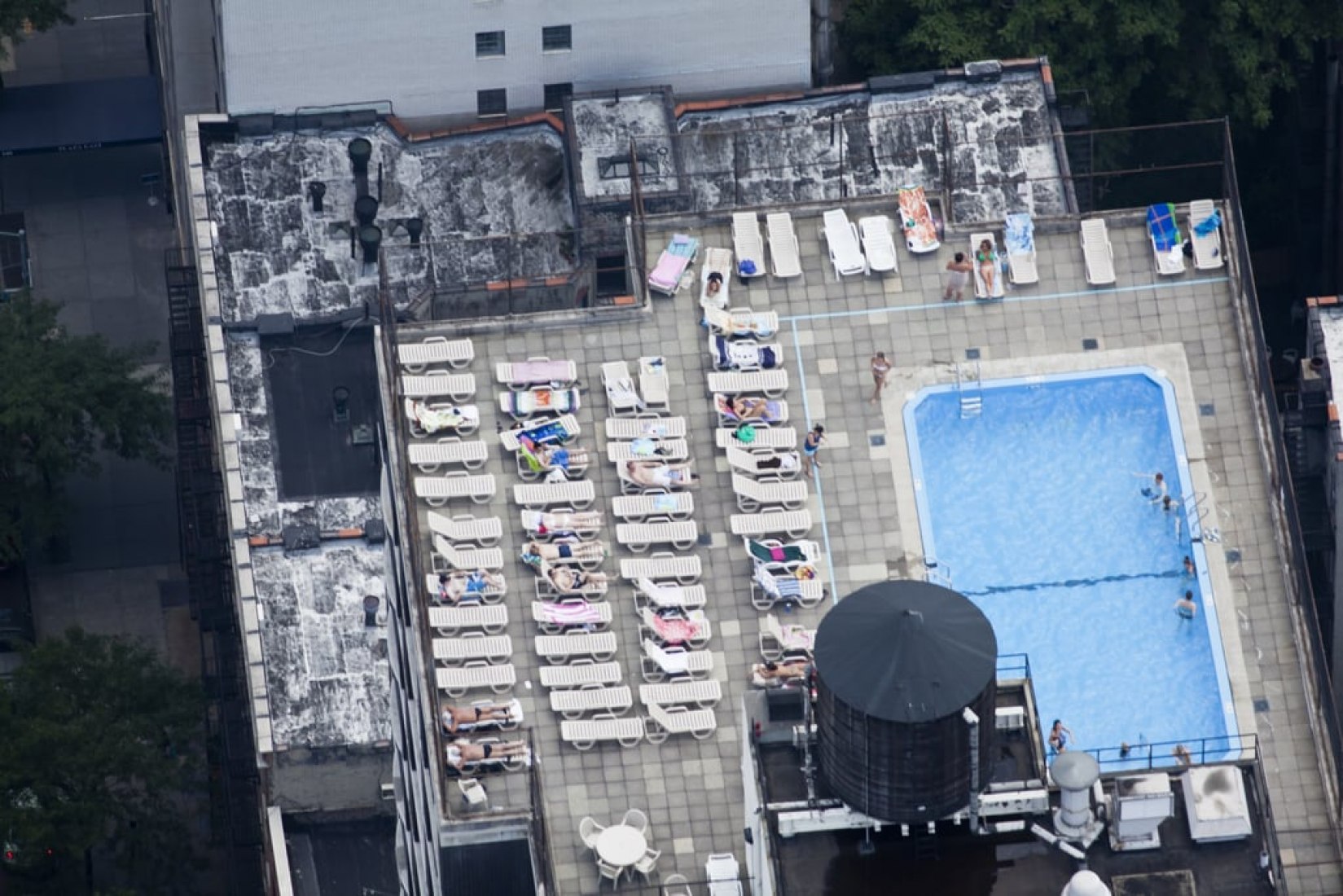 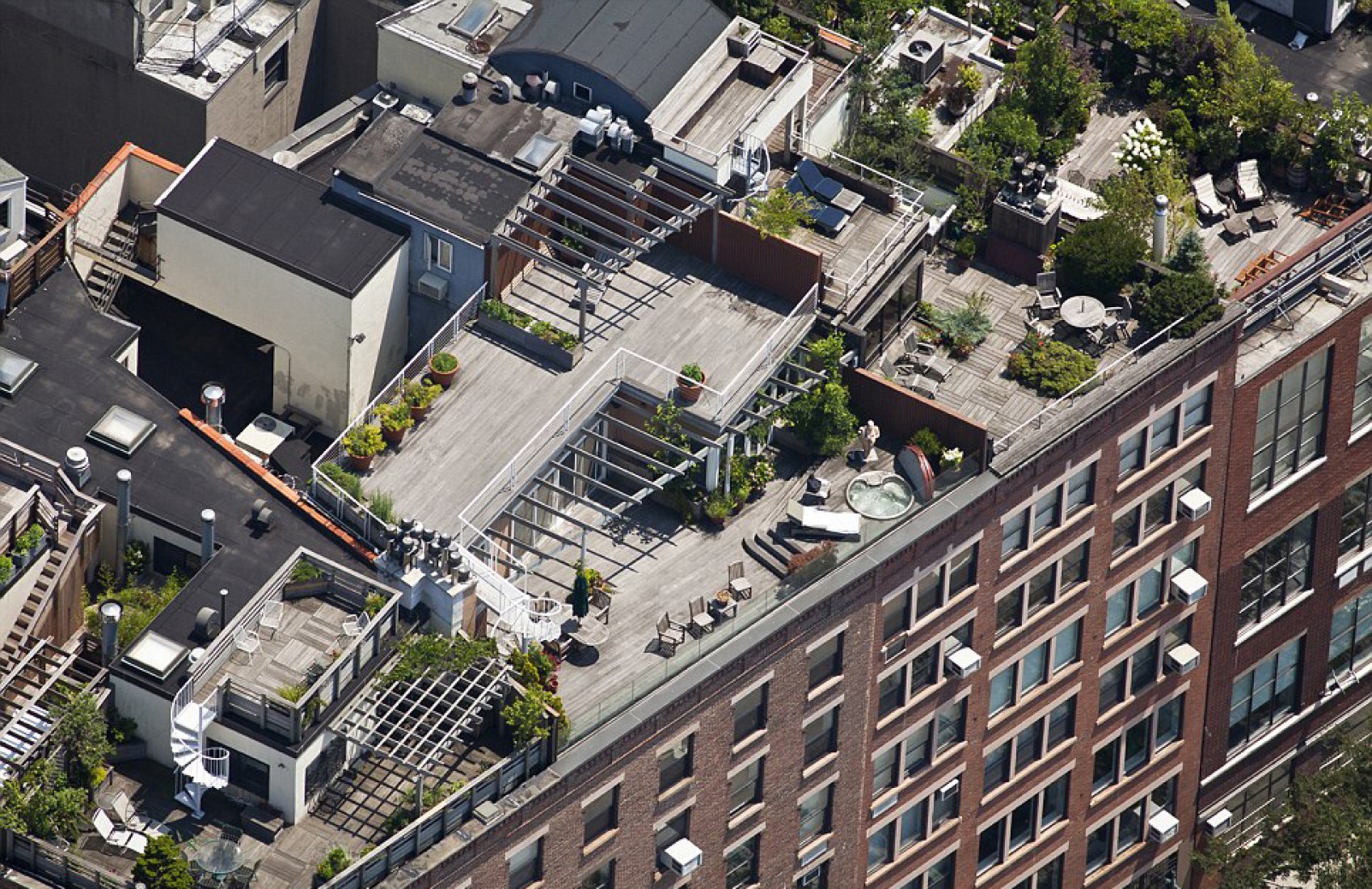 A stunning selection of roof gardens above 166 Bank St.

In his new book, he directs his lens at the rooftops of New York City, showing the great complexity and life of the roofs of New York's buildings. Depicting not only the city's famous water towers, but pools, tennis courts, gardens, sunbathers, art, and restaurants up in the air, MacLean's powerful images give readers a glimpse of a part of the city that usually remains hidden. Maps and captions help the reader to easily locate the photographs, and an essay by Robert Campbell puts MacLean's work into context. Whether you are new to the city native born, this fascinating look at hidden New York will be a revelation. 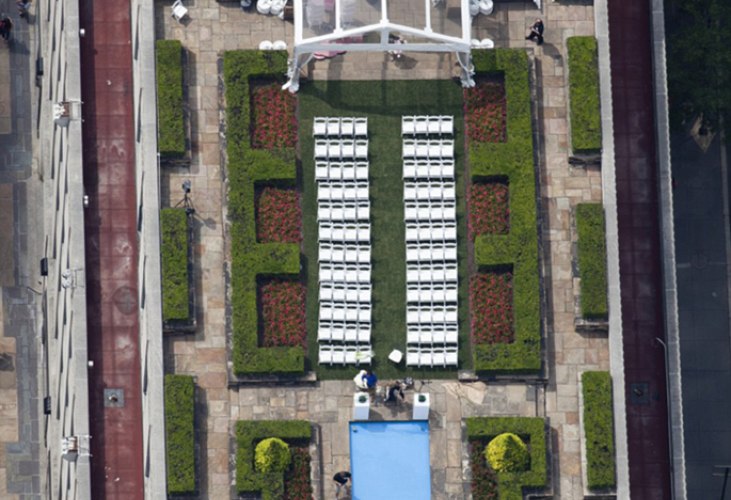 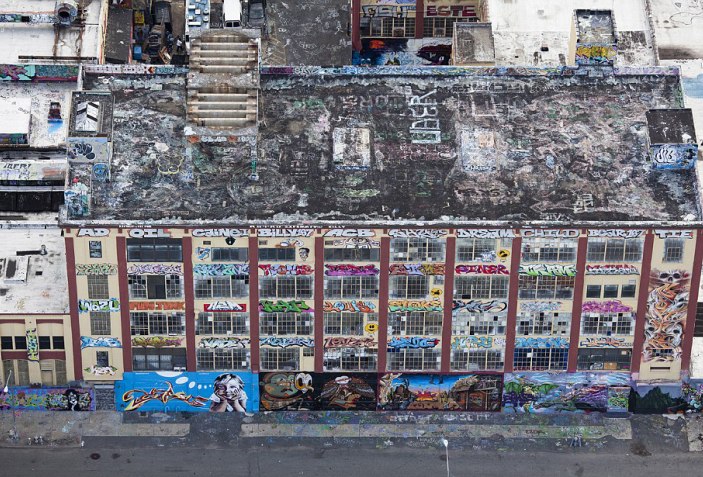 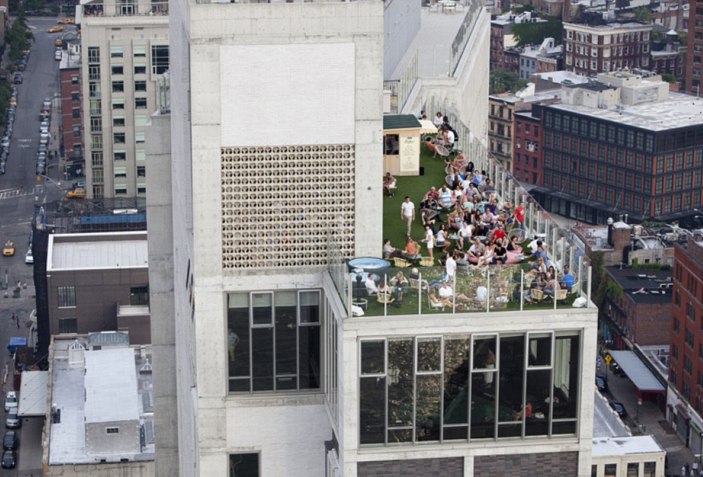 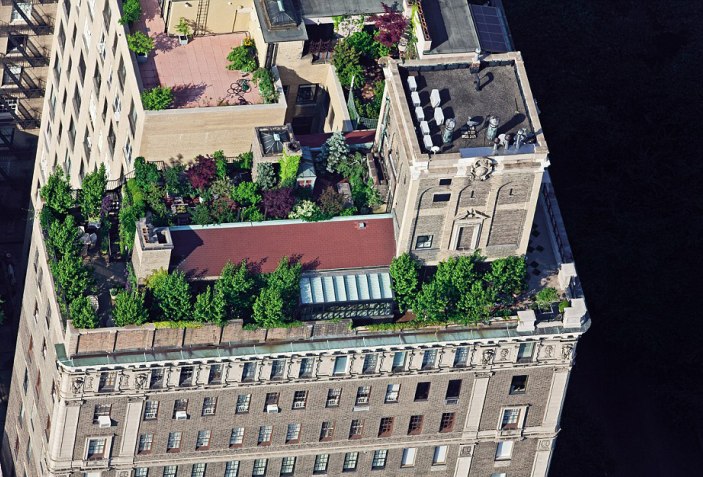 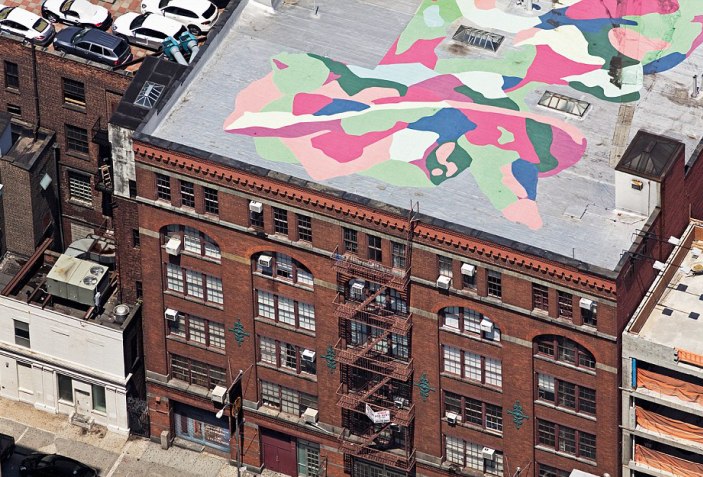 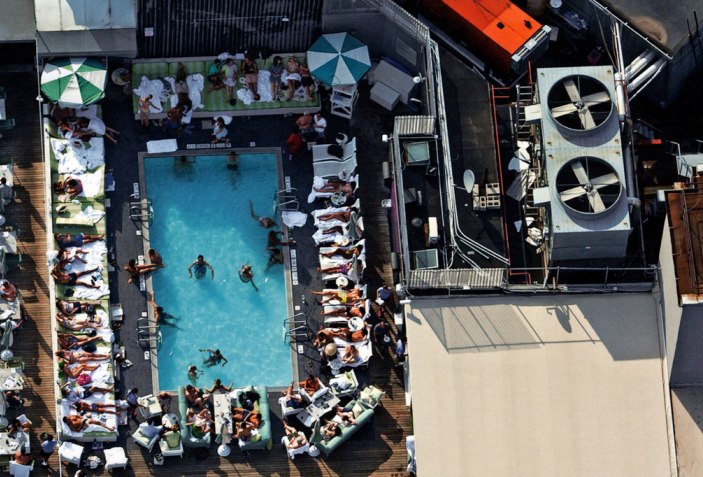 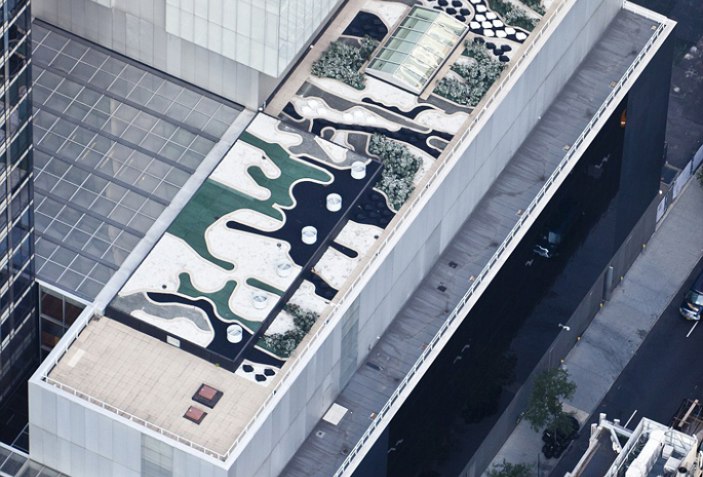 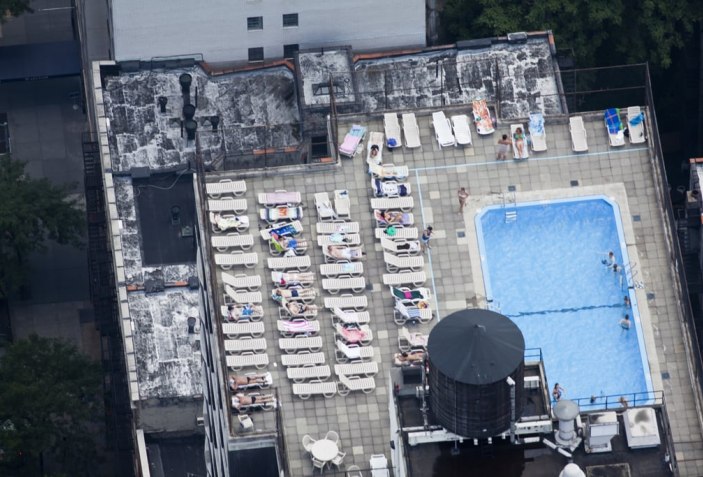 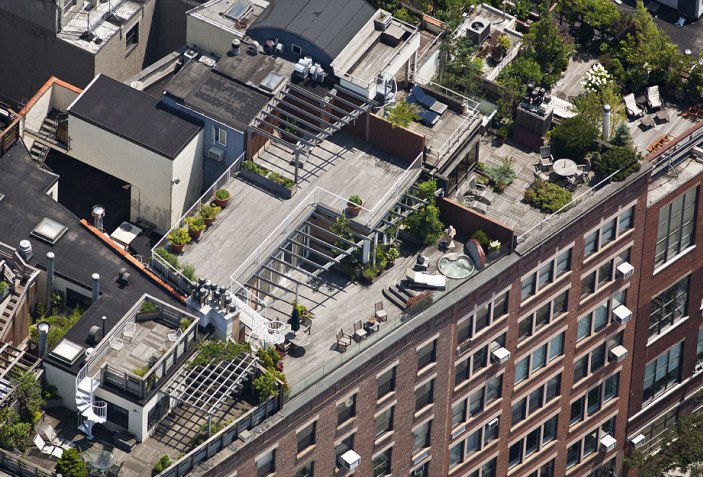 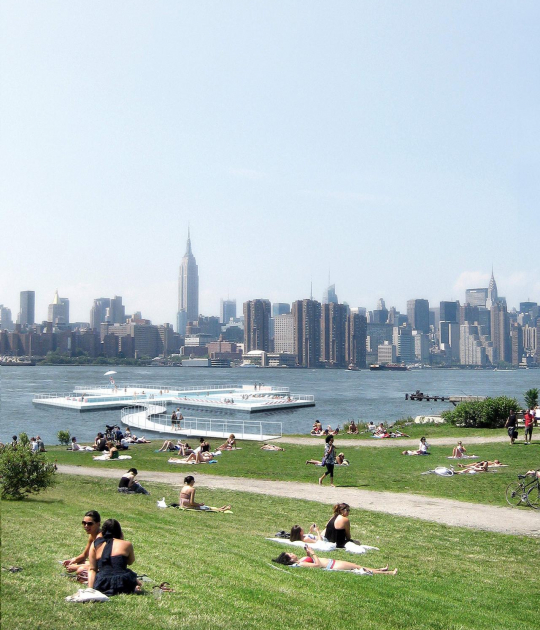 A swimming pool on the river 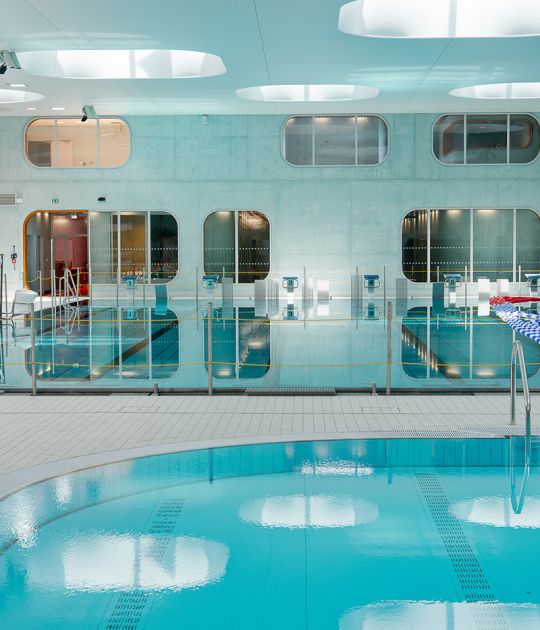 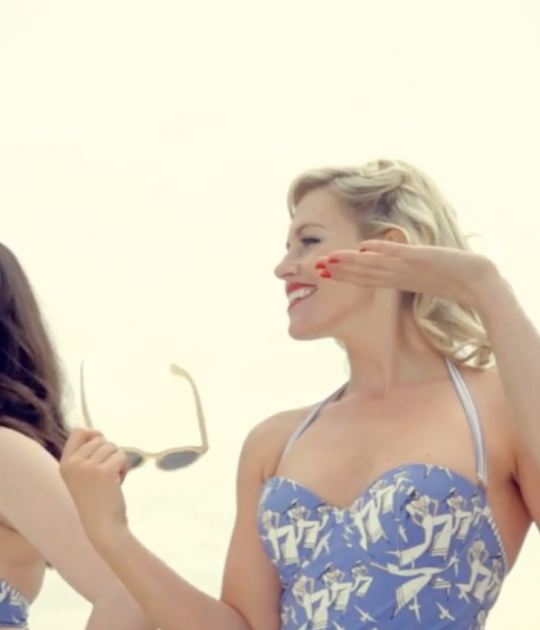 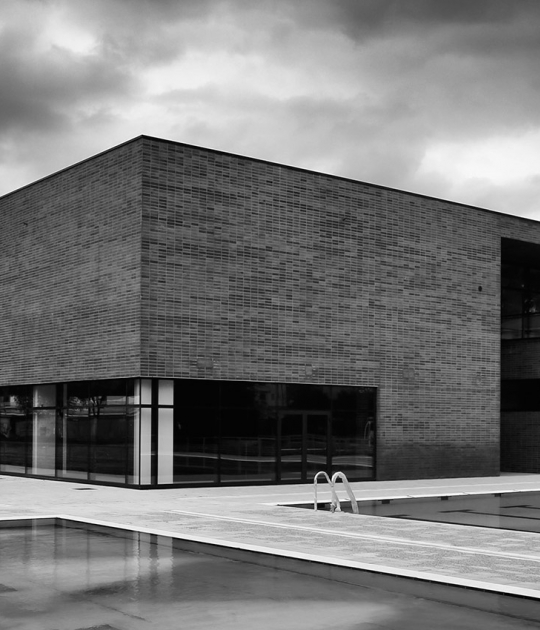